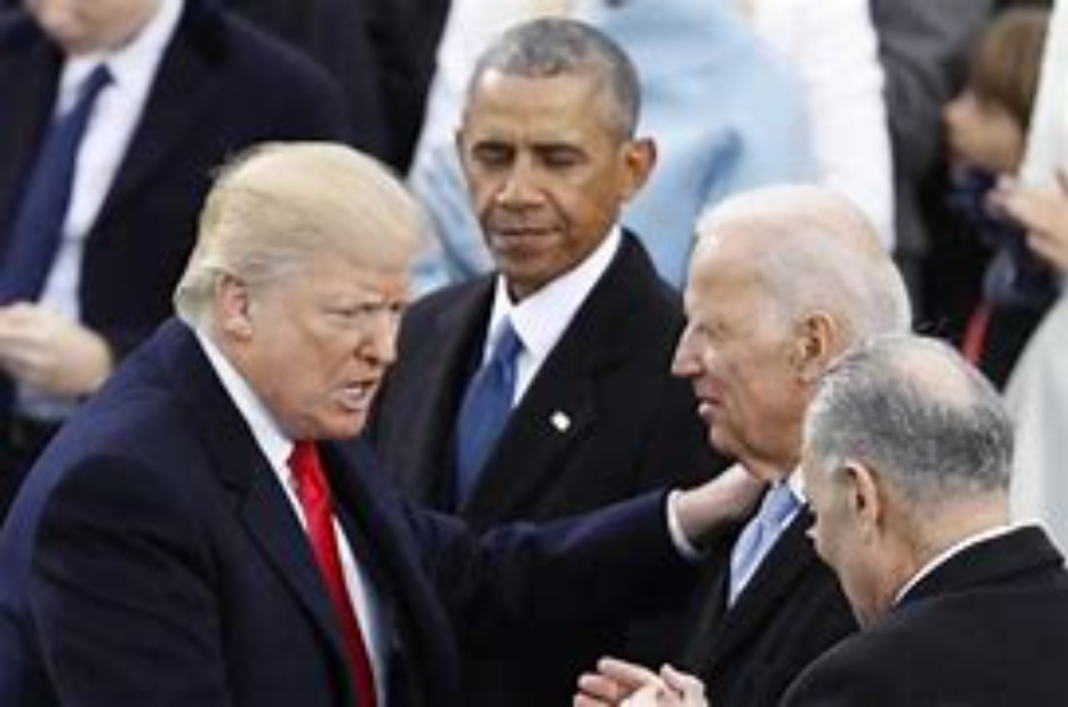 This is the best news Biden’s had in awhile. Who would you rather run against, a twice-impeached 78-year-old conspiracy theorist who never averaged over 50 percent approval during his term as president? Or a twice-elected 46-year-old governor of a key swing state with technocratic appeal to centrists?

Biden would be the underdog no matter what if the 2024 election were held today, but if he had to take his chances with either Trump or DeSantis, he’ll stick with the hyper-polarizing guy he’s already beaten once.

In fact, that may be the only good thing politically to come out of the great Kabul bugout fiasco for the president. His job approval’s dropped nearly five points in a month. But if his failure helps lure Trump into the race early, freezing out the more formidable contenders on the GOP bench, he’ll take that.

To be clear, Politico’s sources claim that Trump’s not being “lured” into the race by the events of the past month so much as he’s having his inclination to run affirmed. He always intended to do it, but there was a risk of humiliation if he lost to Biden again. The more Biden’s political fortunes fall, the smaller that risk gets.

Associates say President Joe Biden’s declining political fortunes amid the resurgence of coronavirus and the Aug.15 fall of Kabul have intensified the interest of the former president, who is already motivated by a burning sense of pride and grievance over his loss to Biden.

“Trump sees Biden is on the ropes. He wants to throw punches as a combatant, not a heckler from the stands,” said Florida Rep. Matt Gaetz, adding that Trump is in no rush to announce, though, because “the base is rightly loyal to him. And a good rule in politics is to be a candidate for as short a time as necessary.”…

The pace notably picked up in mid-August as Biden struggled to gain public approval for his handling of the U.S. exit from Afghanistan (Biden has said he was following Trump’s planned withdrawal), “he started bleeding, and Trump is like a shark. He smelled blood,” said one confidante with whom Trump has recently spoken. But another cautioned that “he was running before the Afghanistan debacle. It’s nothing new.”…

“Four months ago I didn’t see that in him,” said one Trump adviser, referring to a prospective 2024 bid. “I saw someone who was going to wring his hands for a while about [the election]. It’s really changed now because of what we’re seeing [from Biden].”

He looks much better than he did last year, another possible sign that he’s preparing to run again:

He’s lost weight, taken on a more natural hue, maybe had a little surgical touch-up here or there. He’s getting ready to return to the public eye.

I repeat what I said last week, though: One of his biggest enemies is the public’s collective sense of Trump fatigue after four long years of being unable to escape him, his daily antics, and his psychodrama. It got vastly worse at the end with the “stop the steal” disaster too, like a car alarm going off incessantly for months on the street right outside your home. If he starts informally running for president again soon, replete with frequent rallies and media appearances, it’ll be like hearing that car alarm again. Facebook and Twitter unwittingly did him a favor by deplatforming him as that’s cut down his exposure from “ubiquitous and inescapable” to “too common but avoidable for the moment.”

Interestingly, the word through the grapevine is that Melania Trump has no interest in being First Lady again. Not that that’ll affect Donald’s calculations, but noted for the record:

Melania Trump’s disinterest in public political life runs deep enough that she has gone so far as to tell several friends that not only does she not intend to bolster her husband’s inflated political ambitions, she has zero desire for a White House redux, according to several people who spoke with CNN about her mindset. “Being first lady again is not what she wants,” said one of the people, who had a close relationship with Trump during her White House tenure. “For her, it was a chapter — and it’s over, and that’s that.”…

Trump’s life now is still private, more so than it could be by the nature of her role in Washington. “That’s how she likes it. The more she can be private and not in the public eye, the better,” said another person who has known Trump socially for more than a decade. “And there’s nothing wrong with that. I mean, if every single person in the world watched your every move for four or five years, and that wasn’t comfortable for you — just imagine how triggering that must have been.”

Not a chance, right?

I’ll leave you with his heir apparent, who was asked today about a 2024 candidacy and quickly and adamantly denied it. It’s always a bad look for an ambitious pol to start talking up a national run, especially when his state’s dealing with a crisis. But for DeSantis, signaling any ambition that conflicts with Trump’s could be politically dangerous.

“All the speculation about me is purely manufactured. I just do my job…” pic.twitter.com/6DGLQ9NZVV