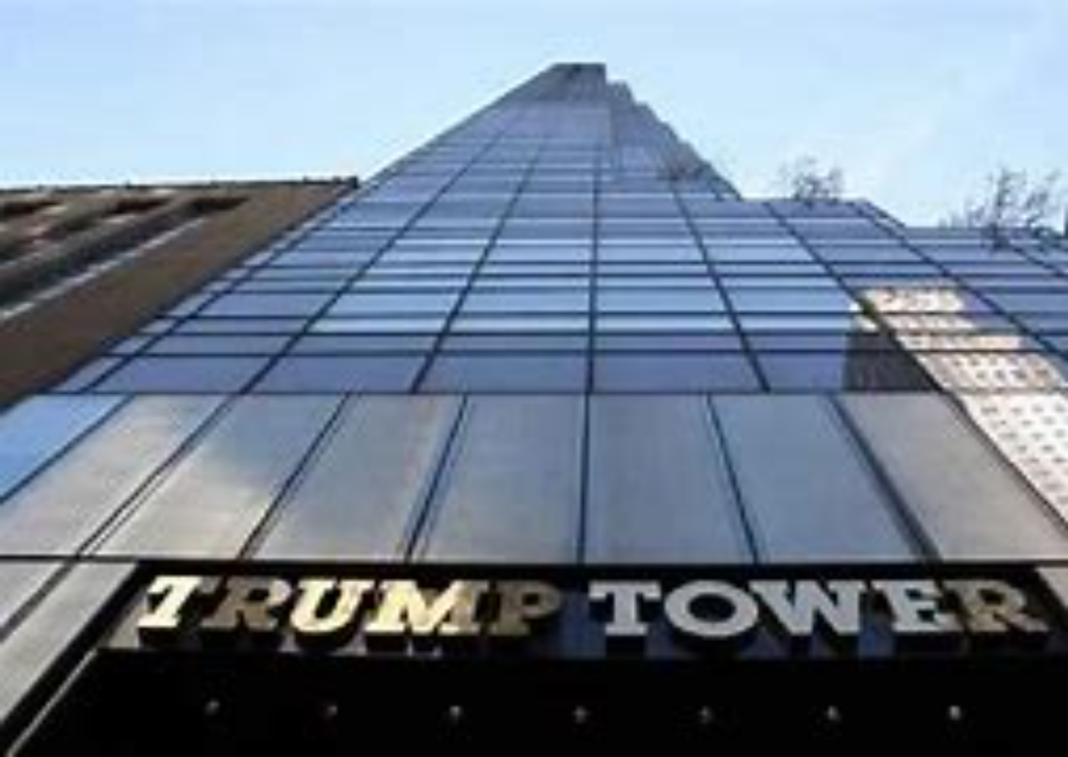 It is the first criminal case New York authorities’ probe has yielded. According to the indictment filed Wednesday and unveiled Thursday, from 2005 through this year Weisselberg and the company cheated the state and city out of taxes by conspiring to pay senior executives off the books.

Prosecutor Carey Dunne described a 15-year scheme “orchestrated by the most senior executives,” including CFO Allen Weisselberg, that was “sweeping and audacious.”

Trump himself was not charged at this stage of the investigation, jointly pursued by Vance and New York Attorney General Letitia James, both Democrats, and Dunne asserted politics played no role in the decision to bring charges.

“Politics has no role in the jury chamber and I can assure you it had no role here,” Dunne said.

Weisselberg, 73, was photographed walking into a building that houses both the criminal courts and the Manhattan district attorney’s office around 6:20 a.m. Thursday. He was led into court in the afternoon with his hands cuffed behind his back.

Weisselberg’s lawyers, Mary Mulligan and Bryan Skarlatos, said in a statement before his appearance that the executive would “fight these charges in court.” Skarlatos later said Dunne’s remarks were misleading in regard to his client.

A lieutenant to generations of Trumps, Weisselberg has intimate knowledge of the former president’s business dealings and the case could give prosecutors the means to pressure him into cooperating with an ongoing probe into other aspects of the company’s business.

So far, though, there’s no sign that the man regarded by Trump’s daughter Ivanka as a “fiercely loyal” deputy who’s “stood alongside my father and our family” for decades will suddenly turn on them.

In a statement Thursday, the Trump Organization defended Weisselberg, saying the 48-year employee was being used by Manhattan District Attorney Cyrus Vance Jr.’s office as “a pawn in a scorched-earth attempt to harm the former president.”

“This is not justice; this is politics,” the Trump Organization said, arguing that neither the IRS nor any other district attorney would ever think of bringing such charges over employee benefits.

Trump, a Republican, did not respond to reporters’ shouted questions about the case as he visited Texas on Wednesday. Earlier in the week, he blasted New York prosecutors as “rude, nasty, and totally biased” and said his company’s actions were “standard practice throughout the U.S. business community, and in no way a crime.”

Vance declined to comment on the case as he arrived at the courthouse Thursday, saying only “See you all at 2:15” — a reference to Weisselberg’s expected arraignment time.

Vance, who leaves office at the end of the year, has been conducting a wide-ranging investigation into a variety of matters involving Trump and the Trump Organization, such as hush-money payments paid to women on Trump’s behalf and truthfulness in property valuations and tax assessments, among other matters.

Vance fought a long battle to get Trump’s tax records and has been subpoenaing documents and interviewing company executives and other Trump insiders.

James assigned two lawyers from her office to work with Vance’s team on the criminal probe while continuing her own civil investigation.

Weisselberg, an intensely private man who lived for years in a modest home on Long Island, came under scrutiny of Vance’s investigators, in part, because of questions about his son’s use of a Trump apartment at little or no cost.

Barry Weisselberg, who managed a Trump-operated ice rink in Central Park, testified in a 2018 divorce deposition that the Trump Parc East apartment was a “corporate apartment, so we didn’t have rent.”

Barry’s ex-wife, Jen Weisselberg, has been cooperating with both inquiries and given investigators reams of tax records and other documents. In March, she told The New Yorker that some compensation for Trump Organization executives came in the form of apartments and other items and that “only a small part of your salary is reported.”

The Trump Organization is the business entity through which the former president manages his many entrepreneurial affairs, including his investments in office towers, hotels and golf courses, his many marketing deals and his television pursuits. Trump’s sons Donald Jr. and Eric have been in charge of the company’s day-to-day operations since he became president.

James Repetti, a tax lawyer and professor at Boston College Law School, said a company like the Trump Organization would generally have a responsibility to withhold taxes not just on salary, but other forms of compensation — like the use of an apartment or automobile.

Such perks wouldn’t be considered taxable income if they were required as a condition of employment, Repetti said, such as providing an apartment for the convenience of an employee who is required to be at the office or worksite at odd or frequent hours, or allowing the use of a car for business purposes.

Another prominent New York City real estate figure, the late Leona Helmsley, was convicted of tax fraud in a federal case that arose from her company paying to remodel her home without her reporting that as income.

“The IRS routinely looks for abuse of fringe benefits when auditing closely held businesses,” Repetti said. “The temptation for the business is that it claims a tax deduction for the expense, while the recipient does not report it in income.”

Michael Cohen, the former Trump lawyer who’s been cooperating with Vance’s investigation, wrote in his book “Disloyal,” that Trump and Weisselberg were “past masters at allocating expenses that related to non-business matters and finding a way to categorize them so they weren’t taxed.”

Weisselberg first started working for Trump’s real estate-developer father, Fred, after answering a newspaper ad for a staff accountant in 1973, working his way up.

Keeping a low profile — aside from a 2004 appearance as a guest judge on Trump’s reality TV show “The Apprentice” — Weisselberg was barely mentioned in news articles before Trump started running for president and questions arose about the boss’ finances and charity.

Barbara Res, who oversaw the construction of Manhattan’s Trump Tower, says she was surprised to learn about the seemingly large role Weisselberg has played in Trump’s business. She recalls him years ago just collecting rent, paying bills and doing Trump’s taxes.

“He was the chief accountant, but he wasn’t in the inner circle. He would come in with his head down, ‘Yes, Mr. Trump. No, Mr. Trump,’” Res said. “He’s the only person I knew who would call him Mr. Trump. Now he’s a big shot.”