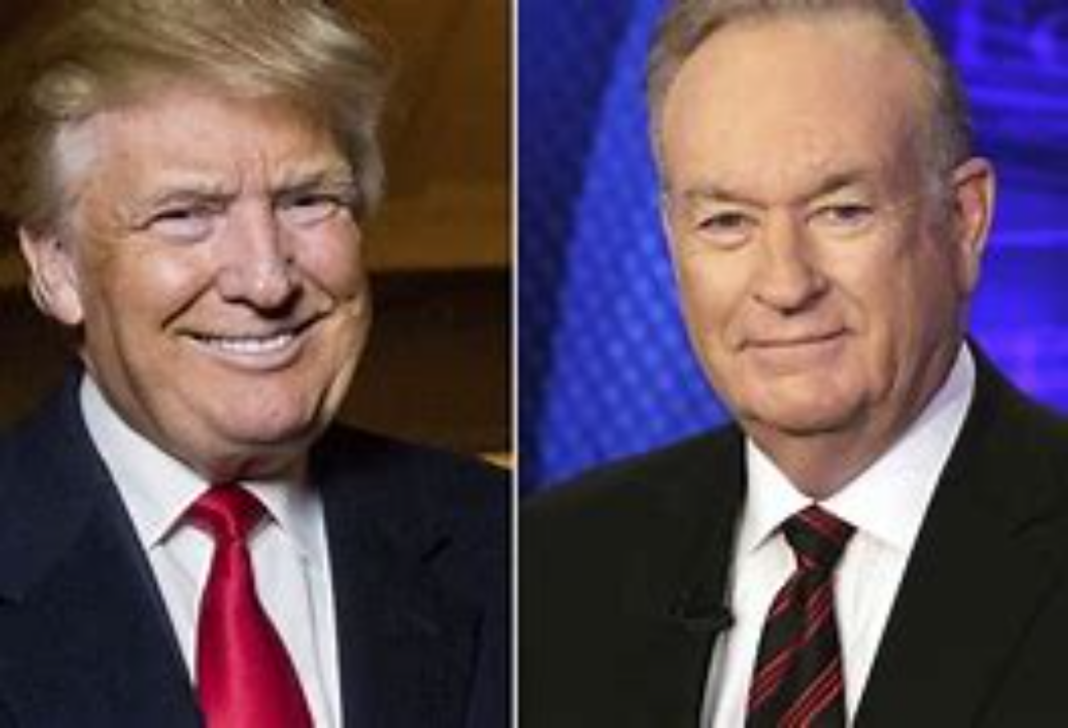 Trump recently did an interview with Bill O’Reilly.

The two of them are apparently going on tour together next fall.

The entire video hasn’t been released yet, but you can get an early look by watching the clips below.

The Daily Mail has some details:

In an interview with conservative TV host Bill O’Reilly on Wednesday, Trump also said he was ready for ‘war’ with Big Tech.

Legal experts have said that his case applying the First Amendment to private companies faces significant hurdles and that the process of discovery – when the two sides disclose the witnesses and evidence they will present at trial – could reveal new details about Trump’s role in the run-up to violence at the U.S. Capitol on Jan. 6.

But Trump said he was happy to be quizzed by his opponents’ lawyers in a deposition.

‘I look forward to it,’ he said in an interview to be broadcast on O’Reilly’s show The First on Thursday evening.

‘Every day we’re finding more and more proof of that.

‘Now look at what’s happening with Pennsylvania, where they’re starting to go into it in great detail, and we’re talking about game changers.’

Here are the videos:

“Oh, we’ll name names. Yea, I don’t mind that at all… We’re gonna have a lot of fun.” pic.twitter.com/DGwP2i5DhS

“They take the sitting President of the United States off but they leave people from Iran that say, ‘Death to Israel, death to America.’”

Plus, he talks energy and President Biden’s cognitive decline with @BillOReilly. pic.twitter.com/Rsh0ZzmfIL

.@BillOReilly asks President Trump about rising violent crime, the indictment of the Trump Organization, and his controversial presidency.

"I think, in the end, I will be judged not necessarily for controversy but because of what we did." pic.twitter.com/DJzbdxv53Z