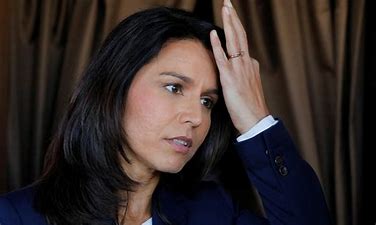 The situation in Ukraine is an absolute powder keg and everyone knows it’s gotten to this boiling point thanks to Biden’s incompetency.

Democrat Tulsi Gabbard joined Tucker Carlson to discuss this train wreck and pointed out Biden’s number one problem that could take this Russia/Ukraine conflict from zero to one hundred in no time flat.

Tulsi points out that Biden’s bumbling foreign policy could cause one misstep that could put us into World War III before we even know what hit us.

Tulsi is right on the money, and she’s not the only one worrying about Biden escalating this to WW3.

Check out what UK publication “The Week” had to say about Biden’s weak policy: The policy “leaves vague exactly how the United States would react”, explained The New York Times, and many experts think it is now time for more clarity.

Tensions also remain high in the South China Sea. Beijing views the expanse off the coast of East Asia as sovereign territory, while Washington regards “China’s militarisation of the area as a transparent rewriting of the international rules”, said The National Interest. “Neither side is backing down–nor does either country seem interested in a compromise,” the US magazine added.

Biden held virtual talks with Chinese President Xi Jinping last year, in part, to ensure that the competition between them “didn’t drift into armed conflict due to a misunderstanding at a global hotspot”, said BBC’s China correspondent Stephen McDonnell.

It’s really ironic that liberals were so worried about Trump and his potential conflict with Kim Jong-un bringing about a world war when now we have this senile buffoon at the helm.

It’s starting to look like Biden will be the one to fulfill that prophecy.