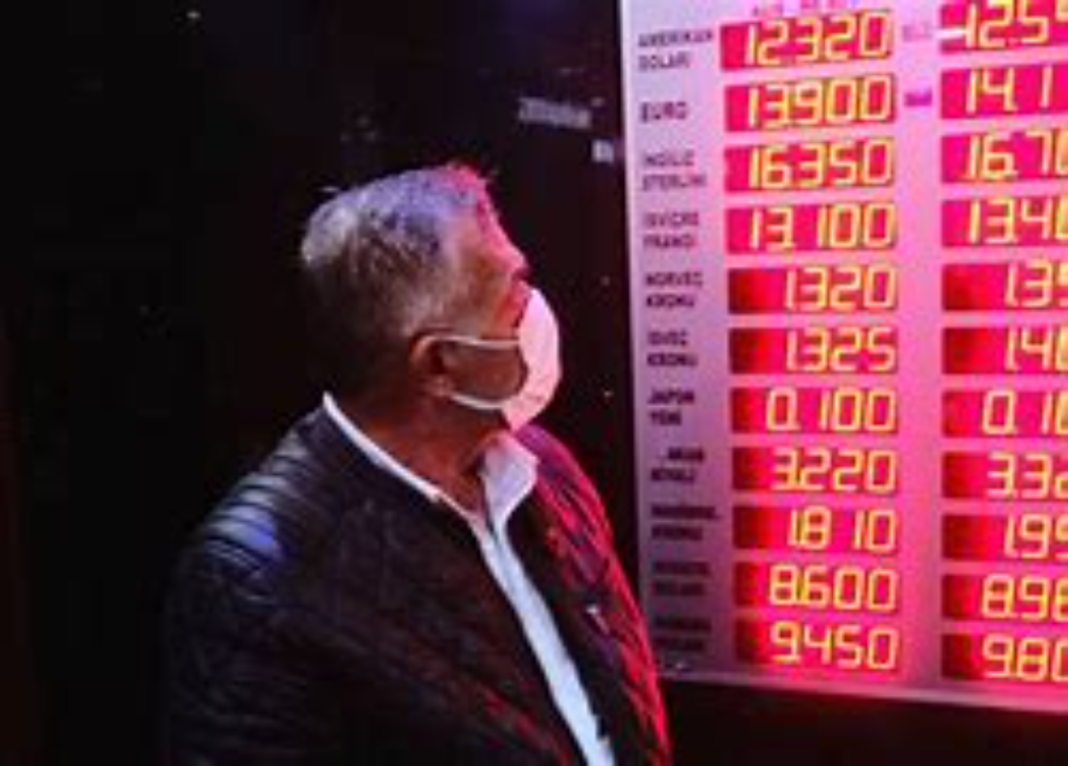 Turkey’s central bank slashed its key rate by 100 basis points to 14 percent as expected on Thursday, and signaled a pause next month, extending President Tayyip Erdogan’s unorthodox policy even after the currency spiraled to all-time lows.

The bank – easing policy while other countries are tightening – said that over coming months it would monitor the effects of the rate cuts that began in September when the one-week repo interest rate was 19 percent.

The subsequent 500 basis-points of cuts set the stage for the historic lira crash that sent inflation above 21 percent, prompting economists to widely criticize the policy as reckless given it leaves Turkey’s real yields sharply negative.

The lira dove to a new all-time low of 15.689 versus the dollar in response to the decision, and was at 15.39 at 1125 GMT. It has shed more than half its value this year in Turkey’s second currency crisis in four years.

The central bank was expected to ease by 100 basis points according to a Reuters poll last week, though one analyst thought the lira depreciation would force it to hold.

The rate cut was “as expected, but still unbelievable,” said John Hardy, head of FX strategy at Saxo Bank.

The sharp depreciation is expected to send inflation soaring to 30 percent in 2022, eating deeper into the earnings and savings of Turks who have seen their household budgets and future plans upended over the last two months.

“Unfortunately people are no longer able to fill their stomachs,” Hacer Yaskabak told Reuters at a vegetable market in Istanbul.

Erdogan has repeatedly criticized interest rates and called for monetary stimulus to boost exports, credit and growth ahead of elections in 2023. He has overhauled the bank’s leadership with like-minded officials, hammering its credibility.

Opposition lawmakers have called for early elections to reverse course for an economy badly rattled by both the exchange and inflation rates.

The central bank said it used what “limited” room it had left to ease monetary policy given “transitory” supply-side factors that have boosted inflation.

The “cumulative impact of the recent policy decisions will be monitored in the first quarter of 2022 and during this period, all aspects of the policy framework will be reassessed in order to create a foundation for a sustainable price stability,” it said without elaborating.

Haluk Burumcekci, head of Istanbul-based Burumcekci Consulting, said the bank will likely use other tools such as required bank reserves and more direct market interventions selling dollars to ride out the next few months.

But he added that domestic and international inflation, combined with a likely spike in Turkey’s minimum wage, means that “these measures will not be enough and the bank will have to raise the policy rate in the not-too-distant future.”

Turkey’s monetary easing runs against the grain of a world in which key central banks are raising rates to head off global price rises. The US Federal Reserve signaled Wednesday it would raise rates up to three times next year.