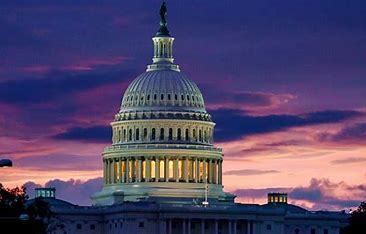 The 18 Republican senators who caved to pressure from leftists and supported the Democrats’ $1.7 trillion spending spree are “turncoats.”

That’s the conclusion from Gun Owners of America, the Second Amendment rights organization, which issued, according to the Epoch Times, a “scathing” rebuke to them.

In a statement issued just before Christmas, GOA accused the group of advancing the Biden administration’s anti-gun agenda, along with the spending binge in the Omnibus legislation.

“Unfortunately, 12 gun-control items just passed the Senate with the help of these 18 Republican turncoats,” GOA said.

The senators also got a tongue-lashing from Rep. Chip Roy, R-Texas, who pointed out that they could simply have done a short-term continuing resolution, a solution that has been used hundreds of times in the past, and then the House, under GOP control which starts next week, would have been able to assemble a comprehensive, but reasonable, spending plan.

The Democrats have allowed much money for LGBT centers, various “equity” campaigns and other political ideologies for U.S. taxpayers to fund.

“There’s language in the bill that prohibits the use of the funding for the border patrol, for the homeland security, to be used by border patrol to secure the border.” – @chiproytx

A commentary from Twitchy sad, “Last week the Senate and House passed the $1.7 trillion omnibus spending monstrosity with the help of 18 Republican senators. During debate in the House, GOP Rep. Chip Roy put up a hell of a fight in opposition to the bill’s passage. Rep. Roy continues to take it to the 18 Republican senators who voted to pass the omnibus (Sen. Mitch McConnell said he was proud that the bill contained ‘all our priorities’ for Dems and Republicans), calling their excuses ‘pretty pathetic.’”

The Epoch Times reported that all 18 of the senators claim to support the Second Amendment on their websites, and most explained “military spending, national security issues, and funding were part of their decision.”

But a CR likely would have sufficed, and it was a must-pass bill in order to keep the government operating.

The report said it Sen. Jim Inhofe, R-Okla., listed defense as one of his top priorities.

“Inhofe touts spending on computer technology, weapons systems, and construction projects at military installations around the world. He also includes a list of infrastructure projects in at least 17 counties and municipalities in Oklahoma. Not to mention grants for research at various Oklahoma institutions. One Oklahoma project that might draw GOA’s attention is a $10 million Edward Byrne Memorial Justice Assistance Grant (JAG) to train law enforcement officers to respond to mentally ill or disabled persons,” the report said.

“GOA flagged such spending as a way for federal officials to promote Extreme Risk Protection orders – so-called Red Flag laws – in the states.”

Those laws allow authorities to deprive community members of their constitutional rights without even allowing them a hearing in court.

“This can be done regardless of whether the person has broken the law,” the report said.