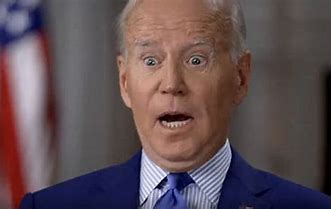 Joe Biden has worked hard to present himself as the easy-going good ‘ole boy. But the façade has crumbled a number of times, including when he lashed out at a questioner for being a “lying, dog-faced pony soldier.”

He also reportedly has erupted because of the constant media references to his age – 80 at his last birthday and evidenced through his mental stumbles and verbal gaffes.

His officials periodically have been caught out with their anger, too. And now a report says members of his administration exploded with anger because a social media company didn’t censor MORE Americans’ comments about COVID-19.

The report in Breitbart said the Biden administration, which has tried to label anything information with which it disagrees as “misinformation,” were “angry” because Twitter didn’t ban some accounts.

The details come from the latest batch of Twitter Files that were released.

– By censoring info that was true but inconvenient to U.S. govt. policy
– By discrediting doctors and other experts who disagreed
– By suppressing ordinary users, including some sharing the CDC’s *own data*

It was David Zweig who released the details coming about of Twitter about the Biden administration’s influence operations on social media companies to try to control the narrative that Americans would hear on several issues.

He reported, “A December 2022 summary of meetings with the White House by Lauren Culbertson, Twitter’s Head of U.S. Public Policy, adds new evidence of the White House’s pressure campaign, and cements that it repeatedly attempted to directly influence the platform.”

Culbertson’s memo, posted online, said, “The Biden team was not satisfied with Twitter’s enforcement approach as they wanted Twitter to do more and to de-platform several accounts. Because of this dissatisfaction, we were asked to join several other calls. They were very angry in nature.”

The report noted Zweig documented that Twitter didn’t fully “capitulate” to the wishes of the Biden administration and actually showed “more care” about moderation “than was shown by the government toward free speech.”

The social media company, before Elon Musk bought it, did, however, suppress views “that conflicted with the official positions of the White House,” the report said.

The report cited as part of the problem that Twitter contracted with outsiders, “with no medical or scientific background,” were tasked with moderating comments from scientists who were expert in their fields.

Zweig wrote, “Inevitably, dissident yet legitimate content was labeled as misinformation, and the accounts of doctors and others were suspended both for tweeting opinions and demonstrably true information.”

Invest on yourself son!!

Terror Attack:Joe Biden Still Has No Plans To Visit Waukesha