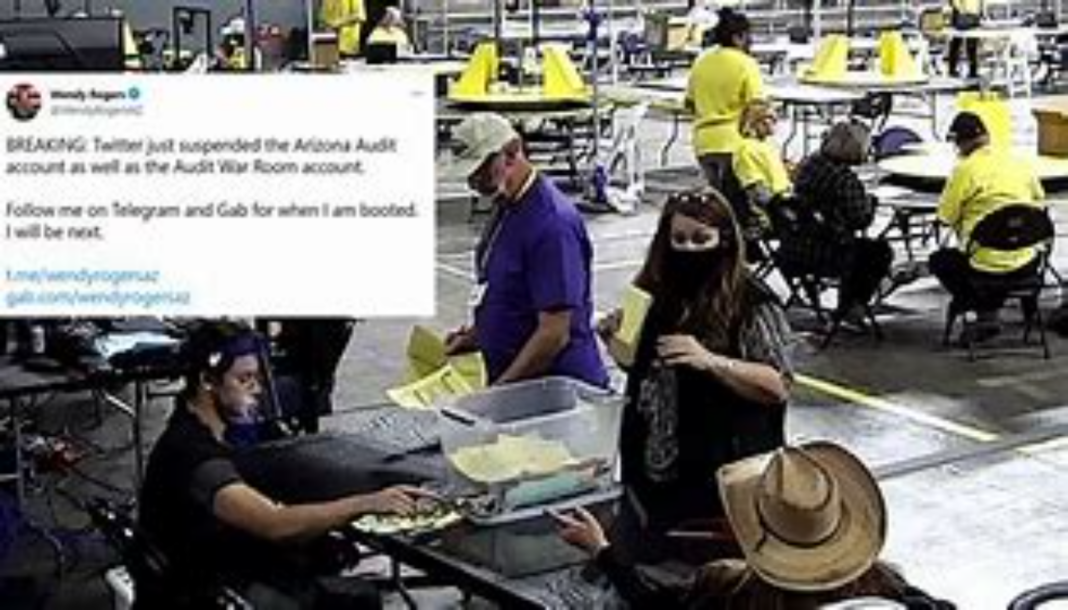 The accounts were a main source for breaking updates and were banned as part of big tech’s continued attempt to shield the public from the stunning revelations being found regarding the fraudulent 2020 election.

The ban was issued just weeks before Arizona’s final audit report is set to come out and as multiple states are getting ready to start audits of their own.

The suspended accounts were crucial for exposing voter discrepancies and providing the public with important updates regarding the forensic audits.

Wendy Rogers tweeted the news, warning that she may be the next victim of the Twitter purge to remove any accounts that spread any information on audit findings.

Follow me on Telegram and Gab for when I am booted. I will be next.https://t.co/thUZA6fK63https://t.co/VWNmppA4nS pic.twitter.com/DA6IcyRONG

The removal of the accounts happened on the same day that Nancy Pelosi’s sham January 6th witch-hunt Committee kicks off their hearings. Coincidence? Definately not.

They are clearly threatened by the findings of the audits and are trying to divert attention back to January 6th. There have been multiple discrepancies reported by the auditors, prompting more people to speak up and demand audits in their counties. Americans aren’t buying their lies.

The Maricopa audit has exposed multiple issues and serious violations by officials in the 2020 election including; 74,000 ballots with no clear chain of custody, 11,000 voters being added to voter rolls AFTER the election, and duplicate ballots. Multiple other states, including Michigan, Pennsylvania, and Georgia, have been inspired to begin similar audits with some already finding discrepancies in their own counties.

Twitter’s permanent removal of these accounts at this time demonstrates that the audit results coming out are right on target.

And for the record — Twitter removed the official Gateway Pundit account after we posted exclusive video of late-night ballot delivery to the TCF Center in Detroit, Michigan.