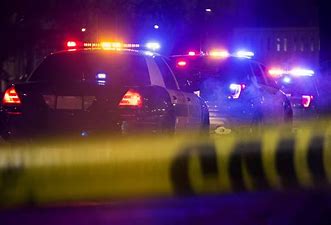 A 19-year old who broke into a Fredericksburg, Texas home early Saturday morning was shot and killed after attacking one of the residents inside.

The Gillespie County Sheriff’s Office says the intruder, identified as Cleto Neri Solorzano, may have been on some type of drug when he began banging on the back door of the home just before 1 a.m. 73-year old Curtis Roys woke up to the sound of the pounding and went to his back patio to investigate. That’s when Solorzano broke through the door and began assaulting the older gentleman; first beating him with a blunt object and then placing him a chokehold.

Deputies said Roys’ fiancée, 65-year-old Melody Lumpkin, pled several times for the man to stop assaulting him, but the man did not comply. She then retrieved a handgun from the bedroom and fired a warning shot, but deputies said the alleged intruder continued his assault.

When she noticed Roys was not moving, Lumpkin then reportedly fired another shot, striking the man in the head. When Roys regained consciousness, officials said they then called 911.

According to the sheriff’s office, Solorzano was taken to a local hospital where he was pronounced dead. Roys is expected to recover from his injuries, and Lumpkin isn’t facing any charges since police believe she was acting in self-defense and defense of her fiancée.

I doubt that the couple would have been able to take on their much younger assailant if they didn’t have a firearm to protect themselves, though I suppose it’s possible that the 65-year old woman could have taken down the 19-year old home invader in a fist fight. It’s much more likely, however, that after knocking Curtis Roys unconscious, Solorzano would have assaulted Lumpkin as well, and I doubt that would have ended well for the homeowners.

Thankfully, the older couple did have a handgun ready and available to use in self-defense, and I believe they’re both alive today because Lumpkin was able to get to her gun. The only mistake Lumpkin made was in firing a warning shot. I understand the reluctance Lumpkin may have had in actually shooting the home invader, but a warning shot is a bad idea, especially since Solorzano had already ignored her repeated demands to stop assaulting Curtis Roys.

There’s no indication that Solorzano had any previous criminal charges against him, and the local sheriff’s office is calling this an “isolated incident.” Isolated or not, this self-defense situation could have come to a much more tragic conclusion if Lumpkin hadn’t retrieved her pistol and knew how to use it. I’m glad the couple are going to be okay, and my heart goes out to the family of Cleto Solorzano, who would be alive today if it weren’t for a series of bad decisions on his part.

Texas: Civil Liberty blamed for the Official who spurned Vaccines and...