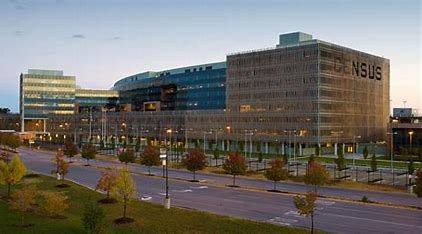 The 20.7 million strong AAPI community is also one of the most diverse in the country not only in terms of ancestry but also in terms of socioeconomic well-being. This reflects the disparate histories that each group of Asians and Pacific Islanders has faced in the United States.

In ancestry, the data show that Chinese Americans were the largest AAPI group in the United States, numbering more than 4.24 million, followed by Indian Americans (4.21 million), and Filipino Americans (2.9 million). Among AAPI immigrants, India was the most common country of birth, followed by Mainland China, the Philippines, and Vietnam.

While more prominent than ever in American public life, the rise in anti-Asian bias attacks and rhetoric have brought new attention to numerous stereotypes that have long plagued Asian and Pacific Islander Americans.

One of the most problematic, the perpetual foreigner stereotype, depicts Asian American and Pacific Islanders as outsiders and aliens regardless of where they were born or how long they have lived in the United States. This all, of course, runs counter to reality and data. Asians and Pacific Islanders have a long history in what is now the United States, dating back to the 18th century. After decades of significant immigration from Asia following the 1965 removal of discriminatory country quotas, the AAPI population is increasingly U.S.-born, with the U.S.-born AAPI population now growing faster than the AAPI immigrant population.

The AAPI community is as diverse economically as it is in terms of ancestry. This runs counter to another stubborn stereotype, Asians as a ‘model minority.’ This stereotype holds that all Asians and Pacific Islanders are highly educated and economically successful. This has the effect of holding up selected AAPI groups while hiding lingering challenges and struggles of many other vulnerable Asian and Pacific Islander communities.

While the AAPI community contributes significantly to the economy as a whole—for example, AAPI households earned more than $783.7 billion in income in 2019—a closer look reveals that the AAPI community, and AAPI immigrants in particular, suffer from high levels of income inequality. AAPI workers in the top 10 % of the income distribution earn almost 10 times what the bottom 10 % of AAPI workers do. Among white workers, this ratio is much lower at 7.8, and even lower for Hispanic Americans at 7.5.

The relationship between education and earnings is also not straight-forward. While almost half of all Bangladeshi American hold a college degree, as a community they suffer from some of the highest poverty rates in the country, with 19.1 % living under the poverty line.

These data points show some of the tremendous advancement that Asians and Pacific Islanders have made in the United States despite a difficult history. This history includes the Chinese Exclusion Act, the internment of Japanese Americans, wars in Indochina, violence against Sikh Americans post-9/11, and most recently, increases in anti-AAPI sentiment during the Covid-19 pandemic. While providing evidence of being able to overcome these challenges, these data points also expose areas where serious challenges remain for many AAPI communities, especially AAPI immigrants and refugees when it comes to questions of poverty, education, and legal status in the United States. With about one-fifth of the U.S. population growth now attributable to Asian and Pacific Islanders, the future of America is now inexorably tied to the well-being and success of the AAPI community.

Elise Stefanik: Cuomo’s Resignation ‘Long Past Overdue’, He need to be...