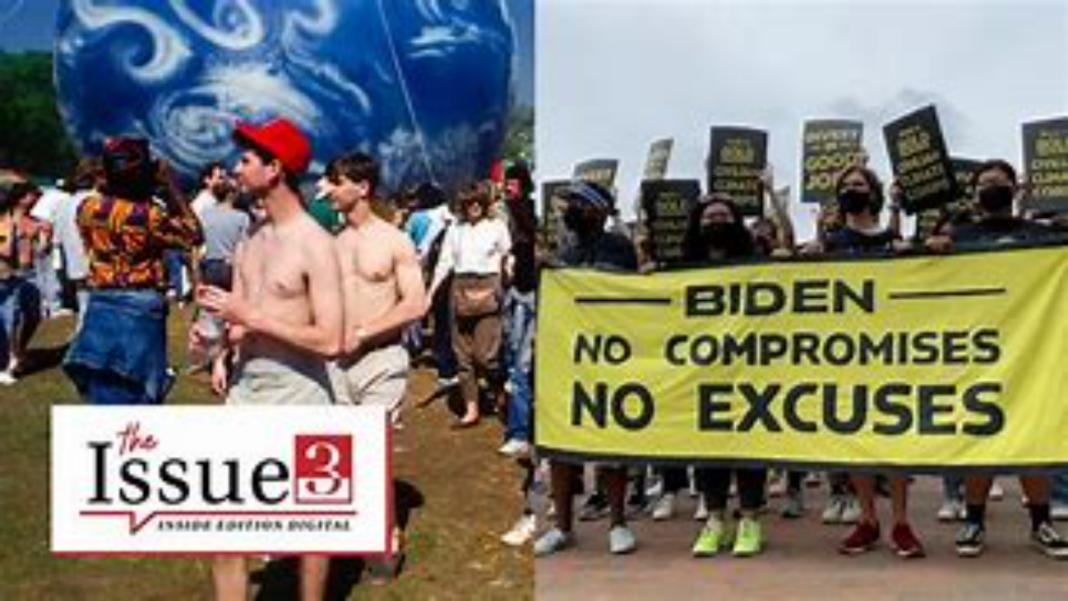 Cast your mind back to around 1999 or so. I think it was that year that the Sierra Club declared “suburban sprawl” to be the single great environmental problem facing the United States. What? Not climate change?!?  I thought climate change was armageddon for the planet?!?

Well, yes, environmentalists thought that too, but we’d just signed on to the Kyoto Protocol the year before, giving momentum to the entire United Nations climate change process. The world was saved! We could move on now to strangling housing in the suburbs!

Beyond the naivete of the climatistas in thinking that the UN/Kyoto approach would actually work is a deeper premise of modern day liberals: for most liberals, no changes are significant unless there is a signing ceremony on the White House lawn. Taking action (meaning signing pieces of paper and starting a new bureaucracy) is the important thing.

Which brings me to a Wall Street Journal news article today:

Democrats Hope to Pass Climate Bill After Failing a Decade Ago

WASHINGTON—The last time Democrats controlled the federal government, the party put forward a wide-ranging plan to put a price on carbon emissions, pushing to require companies to buy permits to emit carbon dioxide and other greenhouse gases under a so-called “cap-and-trade” program.

But the effort failed, with the bill foundering in the Senate after passing the House, and Democrats lost their majority in the House in the 2010 midterms.

More than a decade later, Democrats are once again hoping to use their control of the House, Senate, and White House to pass a major climate bill—and warning that they need to avoid the pitfalls of their last effort.

Yes, that bill ten years ago was the Waxman-Markey bill, and it was one of the worst pieces of legislation ever written. I actually read all 1,200 pages of the bill, and testified against it before two House committees (where I saw first hand what a complete idiot Jay Inslee, now Washington’s governor, is).

The Waxman-Markey bill contained ambitious emissions reductions targets for the year 2020. Guess what: We exceeded those emission reduction targets without the bill! There is no doubt that if the bill had passed, the climatistas would be claiming credit for the reductions, when it was in fact almost entirely the result of technological change and market forces. The Waxman-Markey bill, ironically, might have actually slowed down some of these shifts.

The Atlantic gets it:

How the U.S. Made Progress on Climate Change Without Ever Passing a Bill

Here, at least, is the standard story: The past decade has been abysmal for climate-change policy in the United States. In 2009, a handsome new president took office pledging to pass a comprehensive climate bill in Congress. He did not. The Environmental Protection Agency sought to meaningfully reduce carbon pollution from power plants. It did not. The United States joined the Paris Agreement. Then we elected President Donald Trump, and we left. . .

That 2009 climate bill, the one that President Barack Obama couldn’t pass? It required the U.S. to cut greenhouse-gas emissions 17 percent by 2020 as compared with their all-time high. Yet last year, our emissions were down 21 percent.

These numbers are not a mere fluke. Last year was a singular, awful moment in economic history, but even accounting for the effects of the COVID-19 recession, America’s real-world emissions last decade outperformed the Obama bill’s targets. From 2012 to 2020, real-world U.S. emissions were more than 1 billion tons below what the bill would have required, according to my analysis of data from Rhodium Group, an energy-research firm.

So what do we need to climatistas for anyway?

Chaser: The Dems House majority is much smaller than the one that barely passed Waxman-Markey back in 2009. And then it failed in a Senate with 60 Democrats What makes them think they can pass it through the House and then a Senate with only 50 Democrats? (And you don’t even need to ask where Manchin stands on a climate bill, do you?) Hence, this headline also from the Wall Street Journal:

Democratic Party progressives are pushing President Biden to include in his infrastructure agenda stringent measures to address climate change, including policies designed to end the nation’s reliance on natural gas as a fuel source.

The more the progressives succeed, the more moderate Democrats in energy-producing states become vulnerable to losing seats that are crucial to the party’s hold on Congress, current and former House members say. . .

Energy policy is high on the list of issues creating strife among Democrats, along with other themes such as universal healthcare and police reform. Energy would be at the center of the second, all-Democrat infrastructure bill, which would require support from centrists—including Sen. Joe Manchin, who hails from West Virginia, a fracking state—given the Democrats’ narrow 220-211 majority in the House and the evenly divided Senate.

Some moderates are distancing themselves from the progressive push to increase regulation of natural gas extraction.