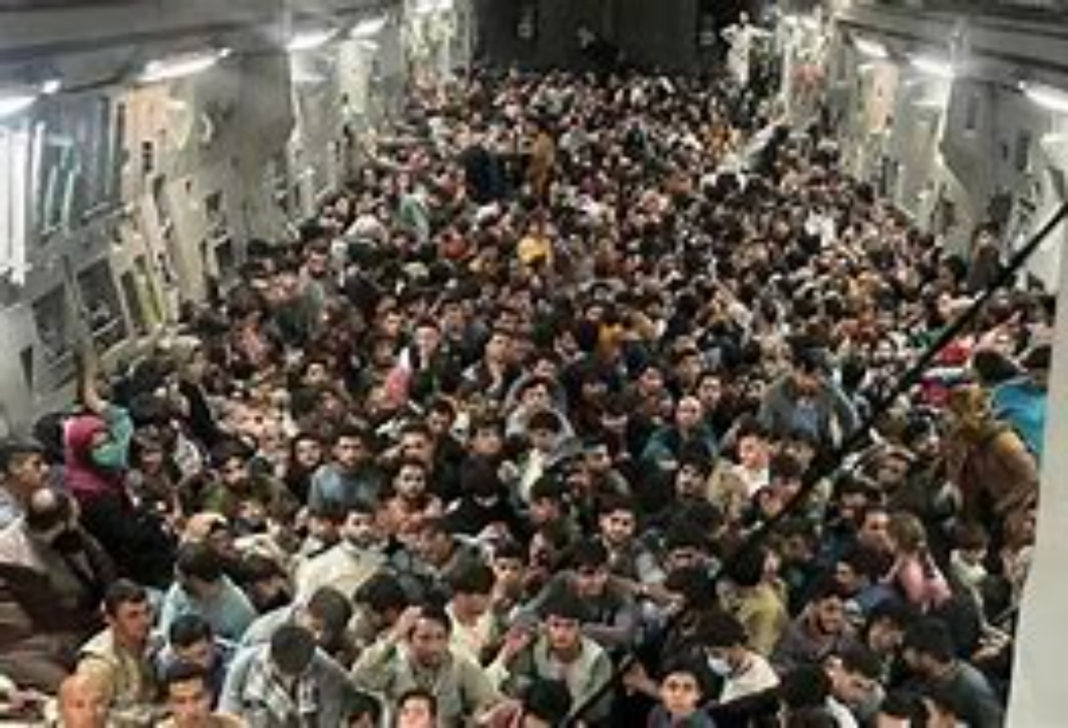 American military bases are preparing to receive Afghan refugees. So far, three bases have been named. Fort Bliss in Texas and Camp McCoy in Wisconsin are reported to be the first that will shelter the refugees. Fort Lee is reported to be one that will be used if necessary.

Pentagon officials made the announcement Monday as thousands of Afghans were scrambling at the airport in Kabul to get on a plane and leave their country.

“As we prepare for even more arrivals, [U.S. Northern Command] and the U.S. Army are working to create additional capacity to support refugee relocation in the U.S., including temporary sights under assessment at Fort Bliss, Texas, and Camp McCoy, Wisconsin,” Department of Defense official Gary Reed said.

“There may be other sites identified if services are needed, additional capacity is needed,” he added. “At this point we’re looking to establish 20 [thousand] to 22,000 spaces. We can expand if we need to.”

Fort Bliss (El Paso) is an interesting choice, given it already has its work cut out for it with housing illegal migrants that are being dumped in the El Paso area away from the southern border. Perhaps the Pentagon figures the base is already set up to handle civilians in need of shelter. While many governors have agreed to take in refugees, Texas is one state that has opted out of the program. In January 2020 it became known that Trump’s agreement with the Taliban included taking in some Afghani refugees. More than 40 governors opted into the federal program but not so for Texas. The Trump administration said that Trump’s executive order required written consent from states and local entities before they resettle refugees. Abbott wanted to concentrate on Texas’ issues like the people already here.

“At this time, the state and nonprofit organizations have a responsibility to dedicate available resources to those who are already here, including refugees, migrants, and the homeless—indeed, all Texans,” he wrote.

Abbott wrote that Texas has already been forced to “deal with disproportionate migration issues” due to federal inaction to fix a broken immigration system.

Other cities in Texas that refugees may go are to Refugee Services of Texas facilities in Austin, Dallas, Fort Worth, and Houston. The organization is expecting to settle 324 Afghans. The U.S. is expecting up to 30,000 Afghans to relocate. They have to be temporarily housed in order for vetting and other details to be finished.

CEO Russell Smith said so far, 107 families are confirmed to relocate to Austin in the next few weeks.

The Austin office of Refugee Services already resettled a family of seven this weekend and plans to welcome at least four more families this week, Smith said Monday.

“Pretty much just comprehensive services to help them kind of acclimate and get settled in their new community,” said Smith.

He expects the number of Afghan refugees in Austin and other cities to grow.

“I think everybody is gearing up for this now,” Smith said.

It is reported that eight thousand others will be transported to a third country for processing. The refugees run the spectrum from doctors and lawyers to men and women with no formal education. They are applying for Special Immigrant Visas, available to people who worked for the U.S. military in Afghanistan, as interpreters, or in other roles. All applicants have to undergo background checks and health screenings.

Iowa Governor Kim Reynolds wants to help settle Afghan refugees who helped the U.S. military. Her spokeswoman said Monday that the governor wants to continue the work that her administration has done in Iowa for the last four years. The state has resettled 94 Iraqi and Afghan refugees in that time. Axios reports that it is expected that hundreds of refugees are likely to resettle in the Des Moines area in the next months, according to an operations manager for the Iowa Bureau of Refugee Services. Iowa is being held up as an example of how resettling refugees in the state can work.

At least five new Iowa resettlement proposals are in the works from private agencies that provide placement services through agreements with the U.S. State Department, Bawn said.

By the numbers: The number of people coming to the metro in the next year is currently undetermined.

Iowa has the capacity to place as many as 2K a year once placement agencies are fully staffed and ready, Bawn said.
There have been 69 Iowa resettlements this fiscal year so far. That’s down from 995 in 2016, according to the BRS.
Between the lines: The Midwest, and Iowa in particular, is far more open to refugees than some might think, Iowa Public Radio recently reported.

Iowa resettlements go back more than 40 years and include more than 2,600 Tai Dam refugees welcomed under former Gov. Robert Ray.
Iowa’s largest pork producer testified before a U.S. Senate committee last month, calling for immigration reforms that could help fill vacant jobs.
The bottom line: There will likely be far more resettlements in the coming year but Iowa has got the history to show it works.

The Biden administration has created a larger humanitarian crisis than anyone could have predicted. It’s hard to believe how badly this exit from Afghanistan has been botched. Let’s hope those who helped our military are allowed to seek safety in the United States or in another country. We know that despite the claims by the Taliban leadership that things will be different this time around and those who worked with Americans will not be hunted down and killed, it’s just what is being said for the time being. In no time, the Taliban’s version of Sharia law will take effect again across the country. These animals won’t change their stripes. The Americans working in Afghanistan and those who helped us should have begun evacuating weeks ago if this was to be Biden’s timeline. These people did everything right. Blood is on Joe Biden’s hands for the deaths of those who don’t make it out of the country now.

The failure to protect Afghan allies & their families isn’t a last-minute tragedy that couldn’t have been avoided. It’s the culmination of months of apathy from the Biden administration, which did astoundingly little to address the problem even as others raised the alarm. https://t.co/TQnzyRUaoz

Russia:Stress Test for a Fading Superpower

This Tablet takedown of fact-checkers is worth a look