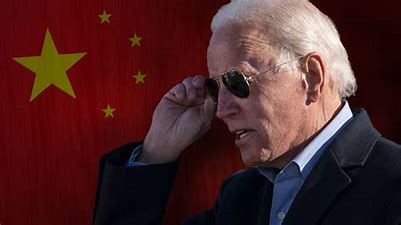 During the phase of Russia’s troop buildup that began last fall, the White House presented evidence of Russia’s activities surrounding Ukraine to Qin Gang, China’s ambassador to the U.S., according to the New York Times. Instead of pressuring Moscow to back down, the Chinese government shared that intelligence with the Kremlin.

Since then, China has generally backed Russia’s claims that U.S. and NATO policy decisions have forced Moscow to take drastic steps, even as Biden administration officials pleaded in public for Beijing to support its position.

In addition to increased cooperation between Moscow and Beijing in recent years, the prospects of success for the administration’s diplomacy here were highly questionable for another reason: The entreaties revealed in the New York Times report came several weeks after National Review reported that Qin told a high-powered confab the Biden administration should “please shut up.”

The administration’s initiative to find common ground with Beijing on the Ukraine crisis was accelerated after a video call between President Biden and Chinese Communist Party general secretary Xi Jinping in November.

Although the White House and Chinese government said at the time that the two leaders sought to work together on a range of issues, such as climate change, sources told the Times that U.S. officials saw securing Chinese cooperation on the Russian troop buildup as the first problem that the two sides could tackle together.

The Biden administration has pledged to compete vigorously with Beijing, which is carrying out mass atrocities against minority groups, preparing to invade Taiwan, and exerting its malign influence over U.S. elites. However, Biden and other U.S. officials have been clear that that they would also seek potential avenues for cooperation with the Chinese party-state.

That’s led to some awkward situations, particularly on the climate front. Announcing a U.S.–China road-map document for cooperating on climate change at a U.N. climate conference last November, soon after the two leaders’ call, climate envoy John Kerry responded to a reporter’s question about Chinese abuses against Uyghurs by saying “that’s not my lane.” The administration also declined for months to endorse legislation banning imports from the Xinjiang region over forced labor abuses until the Washington Post reported that the State Department had lobbied against the bill.

The decision to share U.S. intelligence with Qin in particular is another instance in which Biden administration efforts to seek cooperation with Beijing have led to questionable decisions.

Qin, a former vice foreign minister, arrived in Washington last summer, kicking off his tenure with an aggressive speech promising “disastrous consequences” for the U.S. if it tried to push back against malign Chinese actions.

Then, on August 31, he addressed a private session of the National Committee on U.S.–China Relations, a high-profile nonprofit group that’s widely considered to have a strong relationship with Chinese officials. After he gave his remarks to a crowd that included Henry Kissinger, Obama-era treasury secretary Jacob Lew, and luminaries in the academic and business worlds, Qin fielded questions from the group, which met virtually.

Asked what steps the U.S. and China could take to shore up their frayed diplomatic relationship, Qin urged Washington to stop destabilizing their bilateral ties then said: “If we cannot resolve our differences, please shut up.” The State Department declined to comment on the matter when asked by NR, which exclusively reported on the exchange.

According to the Times, U.S. officials, including deputy secretary of state Wendy Sherman, spoke with Qin about the Russian buildup at least three times after the initial November meeting, then again on Wednesday, hours before Putin delivered a speech launching his war against Ukraine.

The Biden administration seems to have overlooked Qin’s hard-line diplomacy in pursuit of cooperation with Beijing over Russia’s invasion of Ukraine, in a diplomatic effort that has backfired.