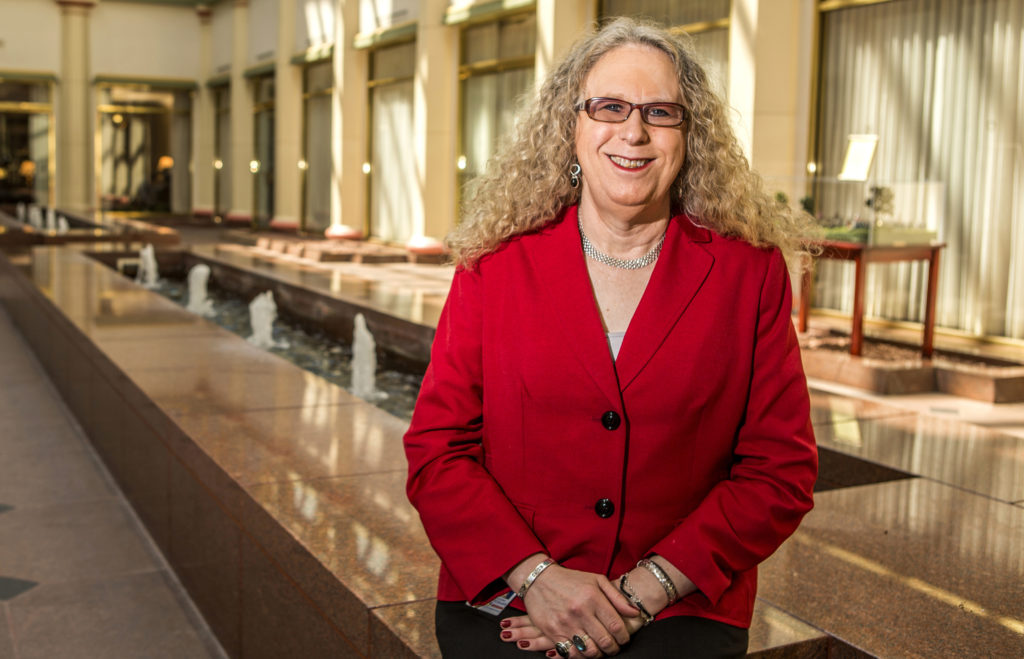 The final vote was 52-48. Republican Sens. Lisa Murkowski of Alaska and Susan Collins of Maine joined all Democrats in supporting Levine.

Levine had been serving as Pennsylvania’s top health official since 2017, and emerged as the public face of the state’s response to the coronavirus pandemic. She is expected to oversee Health and Human Services offices and programs across the U.S.

President Joe Biden cited Levine’s experience when he nominated her in January.

Levine “will bring the steady leadership and essential expertise we need to get people through this pandemic — no matter their zip code, race, religion, sexual orientation, gender identity or disability,” Biden said.

READ MORE: For transgender people, finding housing has become even harder during the pandemic

Transgender-rights activists have hailed Levine’s appointment as a historic breakthrough. Few trans people have ever held high-level offices at the federal or state level.

Transgender-rights activists have hailed Levine’s appointment as a historic breakthrough. Few trans people have ever held high-level offices at the federal or state level.

However, the confirmation vote came at a challenging moment for the transgender-rights movement as legislatures across the U.S. — primarily those under Republican control — are considering an unprecedented wave of bills targeting trans young people.

One type of bill, introduced in at least 25 states, seeks to ban trans girls and young women from participating in female scholastic sports.

One such measure already has been signed into law by Mississippi Gov. Tate Reeves, and similar measures have been sent to the governors in Tennessee, Arkansas and South Dakota.

Another variety of bill, introduced in at least 17 states, seeks to outlaw or restrict certain types of medical care for transgender youths. None of these measures has yet won final approval.

Issues related to transgender rights also are a major factor in Republican opposition to the proposed Equality Act, which would extend federal civil rights protections to LGBTQ people across the U.S. The measure has passed the Democratic-led House but likely needs some GOP votes to prevail in the Senate.

Former Houston Mayor Annise Parker, president of the LGBTQ Victory Institute, alluded to those developments as she welcomed the Senate’s vote on Levine.

“At a time when hateful politicians are weaponizing trans lives for their own perceived political gain, Dr. Levine’s confirmation lends focus to the contributions trans people make to our nation,” said Parker, whose organization recruits and supports LGBTQ political candidates.

Sen. Rand Paul, R-Ky., who voted no, had confronted Levine about medical treatments for transgender young people — include hormone treatment and puberty blockers — during her confirmation hearing Feb. 25.

“Do you believe that minors are capable of making such a life-changing decision as changing one’s sex?” Paul asked.

Levine replied that transgender medicine “is a very complex and nuanced field with robust research and standards of care” and said she would welcome discussing the issues with him.

In the past, Levine has asserted that hormone therapy and puberty-blocking drugs can be valuable medical tools in sparing some transgender youth from mental distress and possible suicide risk.

The confirmation vote was assailed by the conservative Family Research Council, which contended that Levine, in addition to her stance on transgender medical care, had supported “a variety of pro-abortion and anti-religious freedom proposals” while serving as Pennsylvania’s health secretary.

“Levine may be the most extreme radical ever confirmed by the Senate,” said Travis Weber, the council’s vice president for policy and government affairs.

READ MORE: ‘All my love, Elliot’ — ‘Umbrella Academy’ actor comes out as transgender

A pediatrician and former Pennsylvania physician general, Levine was appointed as Pennsylvania’s health secretary by Democratic Gov. Tom Wolf in 2017. She won confirmation by the Republican-majority Pennsylvania Senate.

“In Pennsylvania, the pandemic struck seniors in nursing homes disproportionately hard compared to other states,” Toomey said. “This was due in part to poor decisions and oversight by Dr. Levine and the Wolf administration.”

He also said an extended lockdown advocated by Levine “was excessive, arbitrary in nature, and has led to a slower recovery.”

A graduate of Harvard and of Tulane Medical School, Levine is president of the Association of State and Territorial Health Officials. She’s written in the past on the opioid crisis, medical marijuana, adolescent medicine, eating disorders and LGBTQ medicine.

Praise for her accomplishments and her handling of the pandemic have coincided with a steady stream of vitriol directed at at her on social media.

As reported Tuesday by the Associated Press, Levine was among the targets of a private Facebook group called the Pittsburgh Area Police Breakroom whose participants included many current and retired police officers.

Dozens of group members fueled days of transphobic posts about Levine for her role in statewide social-distancing mandates to stop the spread of COVID-19.

“Someone needs to shoot this thing!!” one retired officer wrote.

In January, a Pennsylvania legislator shared on Facebook an image mocking Levine’s appearance, then offered a general apology.

State Rep. Jeff Pyle, a Republican, said on Facebook that he “had no idea” the post mocking Levine “would be … received as poorly as it was” but that “tens of thousands of heated emails assured me it was.”