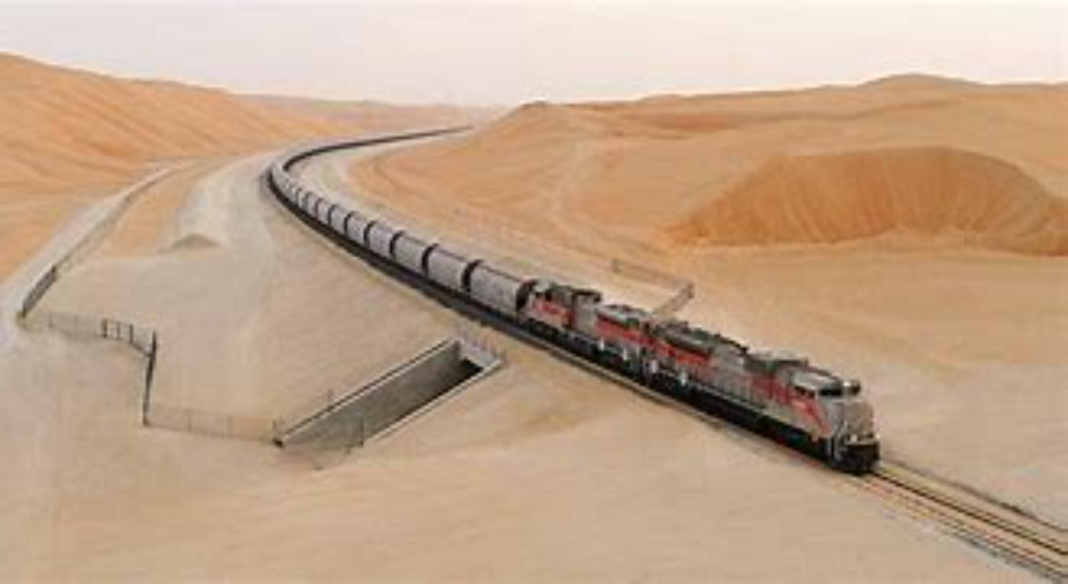 The UAE National Railway Network has taken a significant step bringing the project closer to completion and on schedule.

Construction work for the packages of Stage Two of the rail network extending over 139 km, and its connection through Al Ghuwaifat on the border of Saudi Arabia with Stage One, which extends for 264 km from Habshan to Al Ruwais has been completed.

This was revealed on Wednesday when the Etihad Rail company’s Board of Directors held a virtual meeting to review the latest progress of the construction works, as well as other major achievements made in the third quarter of 2021.

Etihad Rail will connect vital areas in the seven Emirates via a track extending over 1,200 km to enhance the UAE’s social and economic development, as well as its global positioning in line with the UAE Centennial 2071.

Sheikh Theyab expressed his appreciation to the company and its team for their dedication, efforts, and commitment to be able to achieve this important milestone in record time, two months ahead of schedule.

He added that at a time where many sectors were subject to a slowdown due to the challenges presented by the COVID-19 pandemic, Etihad Rail has continued to forge ahead and completed the project according to its clearly defined goals and comprehensive work plan.

Sheikh Theyab also expressed his appreciation for the ongoing support provided by the relevant government entities and authorities to ensure this goal was achieved.

At the board meeting, Sheikh Theyab declared that Etihad Rail will continue its efforts to realize the leadership’s vision of developing this vital strategic project, which is one of the largest infrastructure projects in the UAE.

Throughout 2021, Etihad Rail was successful in reserving 40 percent of the network’s annual transport capacity, which by the completion of Stage Two will amount to 60 million tons of goods per year. This was achieved through the commercial agreements Etihad Rail has signed including those with Stevin Rock, one of the biggest quarrying companies in the world, Western Bainoona Group, and Al Ghurair Iron & Steel (AGIS).

The company will continue to establish further commercial partnerships and strategic agreements so that various companies benefit from the unparalleled services, economic, and logistical advantages of the UAE National Railway Network.

During the meeting, the Board reviewed the company’s financial performance for the third quarter of 2021, and approved the capital budget for 2021.