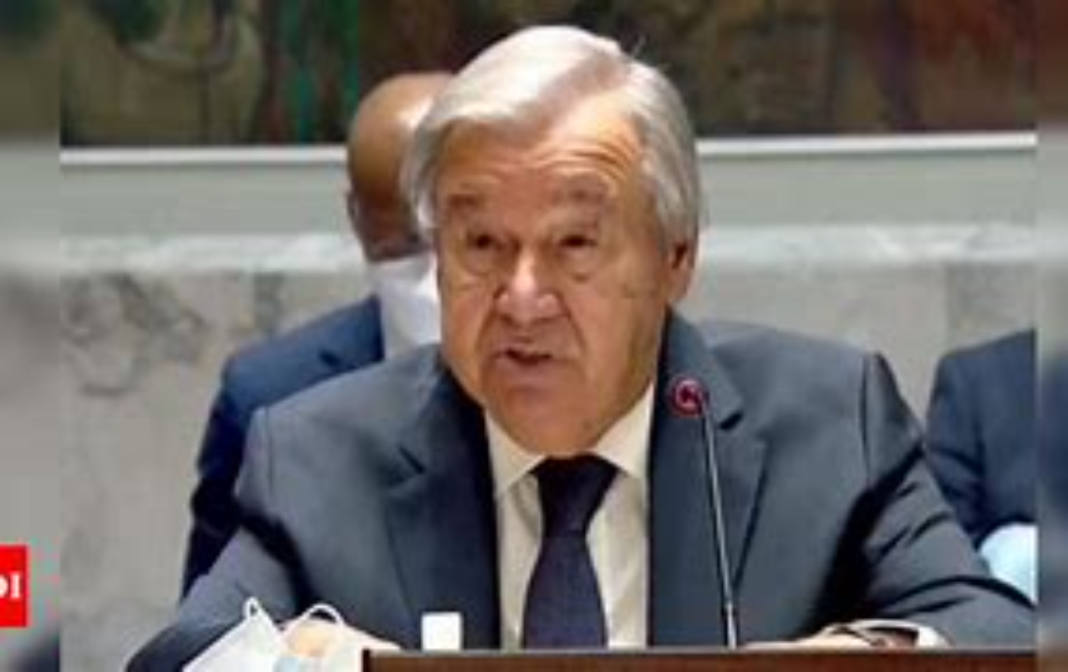 The Climate Crisis and COVID-19 were at the centre of the opening of the United Nations General Assembly in New York.

The UN Secretary-General delivered a tough wake-up call to humanity, saying we are living in a divided world that”s moving “in the wrong direction”.

“I am here to sound the alarm. The world must wake up. We are on the edge of an abyss and moving in the wrong direction. Our world has never been more threatened or more divided, we face the greatest cascade of crisis in our lifetimes,” said the UN’s chief António Guterres.

Guterres has also called for more comprehensive multilateral organisations, saying the current systems were too limited in their capacities and that the world must address some of its great divides: peace, wealth, gender, digital, and generational.

“We’re opening a new era of relentless diplomacy, of using the power of our development aid to invest in new ways of lifting people up around the world… we all must advocate for women, the rights of women and girls, to use their full talents to contribute economically, politically and socially and pursue their dreams free of violence and intimidation,” Biden said.

While stressing to fellow world leaders the urgency of working together, Biden avoided addressing criticism from allies about the chaotic US withdrawal from Afghanistan and a diplomatic tempest with France.

He has recently alienated France, a traditional ally, and other EU member states because of a new defense alliance he has forged with the UK and Australia, the so-called AUKUS.

Dr Julie Norman, the deputy director of the Centre on US Politics at University College London, said the United States’ main goal is trade and technology and not a new Cold War.

“Biden responded quite directly to that statement from Guterres yesterday, warning about this cold war between China and the US and Biden came right out and said, look, the US is not looking for a Cold War. They are not looking for conflict with China, they’re looking for competition,” she told Euronews.