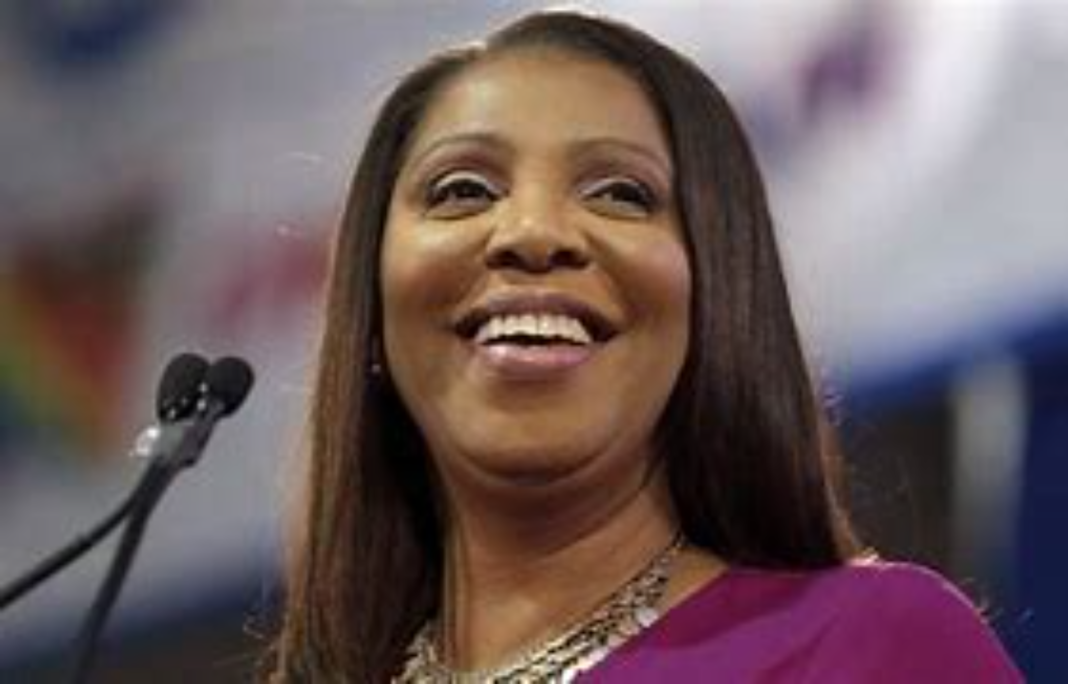 It didn’t take long for Letitia to show her true colors.

In a video after her election James was seen cursing and threatening President Trump.

Reporter: What would you say to people who say, ‘Oh, I’m not going to bother to register to vote because my voice doesn’t make a difference.” Or, “I’m just one person.”

TRENDING: HUGE! Glenn Beck on Tucker Carlson: US Doctors Were Reviewing Moderna Vaccine In December 2019 Before COVID Hit the US (VIDEO)

Letitia James: “I say one name. Donald Trump. That should motivate you. Get off your ass and vote.

Reporter: Will you sue him for us?

Letitia James: Oh, we’re definitely going to sue him. We’re going to be a real pain in the ass. He’s going to know my name personally.

First listen to this profanity language

She is the newly elected Attorney General of New York pic.twitter.com/Gmk7JwEiyk

Now she’s back in the news again.

The unhinged Marxist announced on Thursday she was dropping her bid to become governor of New York State.

Attorney General Letitia James has announced she is suspending her bid to be Governor and instead will run for re-election. https://t.co/vIYeWwjKol

FBI: US faces the same threat level of terrorism as it...

The most trusted name in news is … Anderson Cooper?