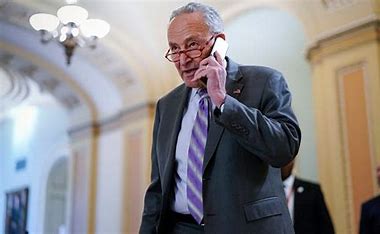 The United States Senate has passed the Respect for Marriage Act without a vital amendment that conservatives had pushed to protect religious freedom.

The bill’s supporters have claimed that the much-discussed legislation protects religious liberty. But opponents of the Respect for Marriage Act, including religious institutions like the United States Conference of Catholic Bishops, desperately warned ahead of the vote that it “puts a giant target on people of faith.”

The legislation repeals the 1996 Defense of Marriage Act, obliges those “acting under color of state law” to recognize same-sex marriages, and orders the federal government to recognize marriages that are deemed valid by one or more states.

Republican Utah Sen. Mike Lee had repeatedly raised concerns about the contents of the Respect for Marriage Act, urging Democrats and Republicans to come to an agreement on his amendment creating a strict policy that the federal government can’t discriminate on either viewpoint of marriage, whether same-sex or traditional.

The senator’s amendment failed, 48-49, after a vote Tuesday. The amendment had a 60-vote affirmative threshold.

In a letter sent last week directed at the 12 GOP senators who voted for the legislation, Lee emphasized that his amendment would “ensure that federal bureaucrats do not take discriminatory actions against individuals, organizations, nonprofits, and other entities based on their sincerely held religious beliefs or moral convictions about marriage by prohibiting the denial or revocation of tax exempt status, licenses, contracts, benefits, etc.”

“It would affirm that individuals still have the right to act according to their faith and deepest convictions even outside of their church or home,” the senator added, urging the senators to oppose cloture on the bill unless his amendment is added.

“The free exercise of religion is absolutely essential to the health of our Republic,” Lee wrote in his letter, which was signed by 20 of his Republican colleagues and first published by The Daily Signal. “We must have the courage to protect it.”

Sullivan confirmed to The Daily Signal on Friday that he supported the Lankford and Lee amendments and “has been working hard to ensure that these amendments get votes on the Senate floor.”

Lummis similarly shared over the weekend that she would support the Lee amendment, though she did not say whether she would insist on the amendment’s adoption as a condition for supporting cloture on the legislation.

“Members of Congress who voted for this bill and claim to support religious liberty are either naïve or don’t understand the laws they are passing,” said Roger Severino, vice president of domestic policy at The Heritage Foundation, in a statement. (The Daily Signal is the news outlet of The Heritage Foundation.)

“Despite polling showing that their constituents oppose this legislation, they refused to adopt Utah Sen. Mike Lee’s amendment that would have protected the religious freedom of millions of Americans without taking away a single benefit or legal entitlement from same-sex couples,” Severino said.

“As a result, the tax-exempt status of religious schools and nonprofits is now up for debate. Additionally, the Left will try to use the bill to sue faith-based adoption agencies and contractors to drive them out of business as they have done in multiple states and localities already.”

NBA fans have been flooding back into arenas during the playoffs.