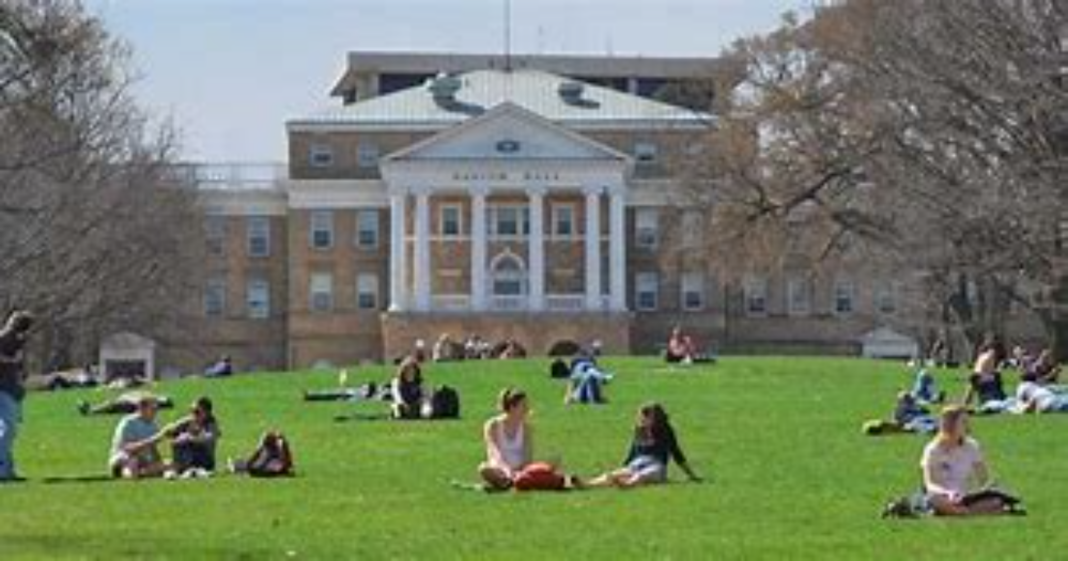 On Friday, the University of Wisconsin at Madison struck a blow against racism in today’s America. No, who am I kidding? It paid $50,000 to move a rock from one campus to another because of a word written about the rock in a newspaper article almost a hundred years ago:

Chamberlin Rock, on the top of Observatory Hill, is named after Thomas Crowder Chamberlin, a geologist and former university president. Students of color on campus say the rock represents a history of discrimination. The boulder was referred to as a derogatory name for Black people in a Wisconsin State Journal story in 1925. The derogatory term was commonly used in the 1920s to describe any large dark rock. University historians have not found any other time that the term was used, but they said the Ku Klux Klan was active on campus at that time, the Wisconsin State Journal reported.

That’s it. That’s the whole case for doing this. There isn’t, so far as I can tell, any complaint with Chamberlin, whose profession as a geologist makes a 42-ton boulder an appropriate memorial. There is nothing about anything that has been said or done since 1925. All this is about just one reference in a century-old newspaper clipping, which someone must have gone to great lengths to locate in order to claim that current black students at UWM walk around feeling oppressed by a 1925 edition of the Wisconsin State Journal. We are told that the rock’s relocation was funded by private donations, so at least the taxpayers of Wisconsin are not on the hook, but consider how few worse ways there are to spend $50,000 in today’s America — money that presumably was raised from university donors. The boulder will still sit on university property.

This attitude is hard to parody:

Juliana Bennett, a senior and a campus representative on the Madison City Council, said removing the rock signaled a small step toward a more inclusive campus. “This moment is about the students, past and present, that relentlessly advocated for the removal of this racist monument,” she said. “Now is a moment for all of us BIPOC students to breathe a sigh of relief, to be proud of our endurance, and to begin healing.”

Relentlessly advocated for moving a rock. Truly, a sign of well-placed priorities. How sincere is any of this? As I noted the other day, consider taking the same preposterously attenuated bar for declaring a current-day thing to be racist, and apply it to the single institution in the United States most responsible for perpetuating slavery and segregation for a century and a half — something none of these activists would dream of doing.

None of this is about justice or tolerance. It’s about power. The more ridiculous the demand, the more it shows your power when it is granted. The absurdity is the point. One can only assume that the next demand will be for the university to cut down the mightiest tree in the forest with a herring.

Sleepy Joe Appears to be Sleeping in the middle of the...

What the Chinese Party-State Wants