Roce Today – Politics, Opinions, Gun Rights,Pro-Life and Border Wall
Home Politics Unlike Prior Generations, Analysis Shows Millennials Are Not Getting More Conservative As... 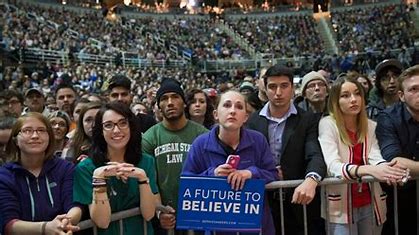 A recent study revealed that millennial voters, both in the U.S. and the U.K., are not following the typical rule that as people get older they become more conservative, but instead becoming more liberal over time.

The millennial generation was born between 1981 and 1996, is known for loving their pets more than their children and was the last generation to grow up without the internet, according to The Washington Post. Traditionally, voters follow a regular pattern of leaning more liberal until they are 35 and then move toward more conservative beliefs as they age, but millennials are breaking the mold, according to an analysis by the Financial Times.

In the 2022 midterm elections, 63% of younger millennials, 25-29, voted for Democrats in the House of Representatives and in the 2020 election 62% voted for Democrats, according to the Center for Information and Research on Civic Learning and Engagement (CIRCLE). CIRCLE also noted that the youth vote was the highest it had been in three decades.

Members of Generation X in both countries also showed an increasingly liberal trajectory until they hit their early 40s, according to the Times. However, in both countries, Gen X rapidly moved towards conservatism like their older counterparts once they reached 45.

The analysis indicated that at 35, millennials were 15 points less conservative than the Boomer and X generations were at the same age, according to the Times. The voting patterns could not pinpoint specific events or causes that pushed millennials toward the significant shift to the left, but one possibility could be connected to growing financial stress.

U.S. data showed that those millennials who were in their late 20s during the financial crisis of 2008 were more likely to favor left-leaning economic policies, according to the Times. The oldest millennials today are 40 and the youngest are 25.

Obama-Appointed Female Judge Just Came Through For President Trump in a...

Does Vaccination Make You MORE Likely to Catch Covid?