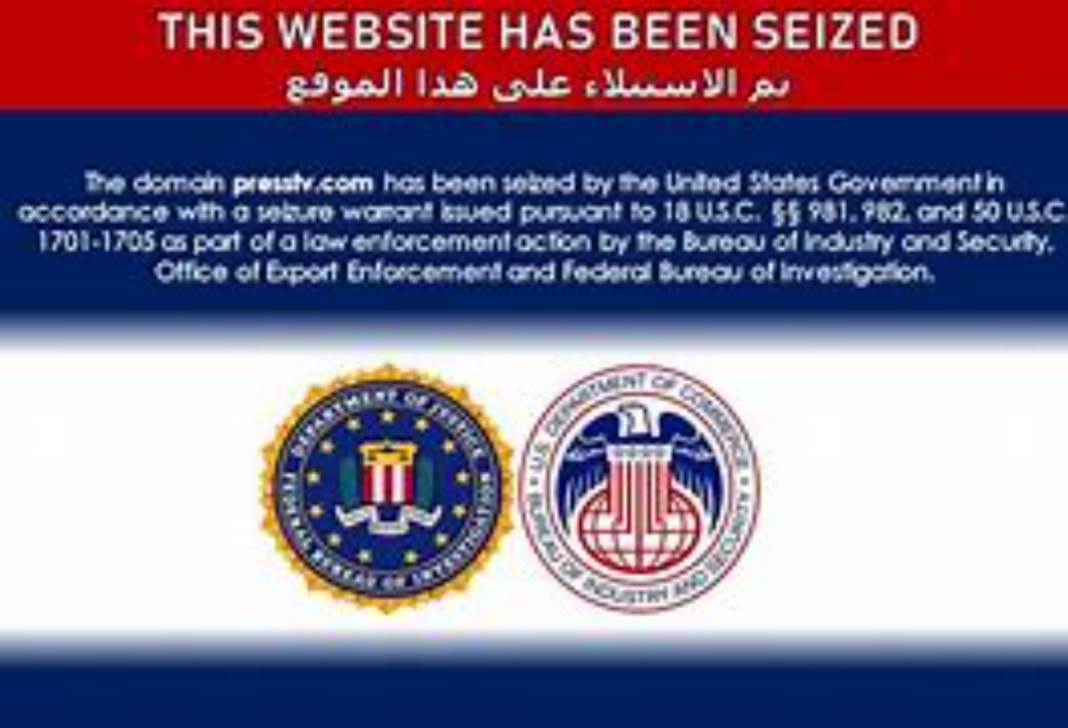 Press TV is an English language website run by Iran. The network has been repeatedly accused of anti-Semitism and even holocaust denial. The UK revoked its license to broadcast back in 2012 after the network ran clips from the coerced confession of an Iranian-Canadian journalist. More recently, Google has blocked access to some of the network’s YouTube accounts. Today if you visit the Press TV website what you’ll see is this statement announcing that the site has been seized by the U.S. government.

According to the Associated Press, that’s just one of several dozen domains that have been seized in connection with a case that is still unannounced:

The U.S. seized roughly three dozen websites, the majority of which are linked to Iranian disinformation efforts, said a U.S. official who spoke on condition of anonymity because the case had not yet been officially announced by the American government…

On Tuesday, visiting the addresses of a handful of sites, including Iran state television’s English-language arm Press TV, Yemeni Houthi-run Al-Masirah satellite news channel and Iranian state TV’s Arabic-language channel, Al-Alam, produced a federal notice. It said the websites were seized “as part of law enforcement action” by the U.S. Bureau of Industry and Security, Office of Export Enforcement and the Federal Bureau of Investigation.

The U.S. government also took over the domain name of the news website Palestine Today, which reflects the view points of Gaza-based Islamic militant groups Hamas and Islamic Jihad, redirecting the site to the same takedown notice.

The United States government has seized dozens of US website domains connected to Iran, linked to what the US says are disinformation efforts, a US national security official told CNN…

Asked about the seizure of the sites, State Department spokesperson Ned Price referred reporters on a briefing call to the Department of Justice, which did not immediately provide comment.

Press TV’s Twitter account is still active. They posted an image of the graphic above saying it appears to be part of a coordinated action:

In what seems to be a coordinated action, a similar message appears on the websites of Iranian and regional television networks that claims the domains of the websites have been “seized by the United States Government.” pic.twitter.com/JloU56LvpL

As Ed pointed out yesterday, Iran just elected a new hardline president who has already refused to meet with President Biden. According to Amnesty International, Ebrahim Raisi ought to be investigated for crimes against humanity including the disappearance and torture of opponents of the regime. Having their propaganda sites shut down is just another reason for the Iranian regime to continue moving toward a hardline response.

Checking the website again, it appears everything is now back up. Press TV itself is speculating that this may have been a hacking but, as noted above, sources are telling news outlets this was a government seizure. If so, I wonder why the site is back up already. Did someone pull a lever too early? Maybe that’s why the statement that reporters were referred to wasn’t ready.