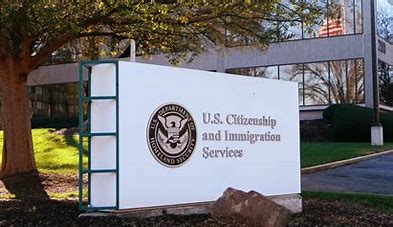 U.S. Citizenship and Immigration Services (USCIS) issued a temporary rule last week that automatically extends employment authorization for certain noncitizens waiting for USCIS to process their work permit renewal applications. As of December 2021, over 80,000 noncitizens had lost or would soon lose the right to work because of adjudication delays and a growing backlog.

Effective May 4, 2022, work authorization for certain renewal applicants is extended for 540 days. This is up from 180 days under the old rule.

Some noncitizens, like green card holders, are automatically authorized to work. But many noncitizens living lawfully in the United States must apply for a work permit to legally work. USCIS issues time-limited work permits. For example, asylum applicants generally receive work permits that are valid for two years. If their asylum application is still pending after two years—as many are—then the person must apply to renew that work permit.

Under a rule issued in 2016, certain noncitizens would receive a 180-day automatic extension of their work authorization if they timely applied for renewal. The rule was designed to prevent gaps in employment authorization.

But starting in 2021, 180 days proved insufficient to protect thousands of noncitizens from losing their jobs. By December 2021, USCIS was taking upwards of 11 months to process renewals for noncitizens with pending green card and asylum applications.

USCIS anticipates that without the longer extension period, approximately 14,500 people would lose their employment authorization each month.

The rule is temporary. Only people who submit renewal applications on or before October 26, 2023, can benefit from the 540-day extension period. USCIS states that it will use the next one and a half years to address the backlog and return processing times to normal levels.

In issuing this temporary rule, USCIS acknowledged that immigrants are important contributors to the U.S. workforce. As demand for workers outpaces the number of available workers, USCIS recognized the burden placed on employers forced to suddenly find replacement staff due to USCIS’ delays.

The agency also described the harm to noncitizens who, through no fault of their own, lose their livelihood and the ability to support their families. People need a valid work permit for essential protections, like a driver’s license and health care.

USCIS focused on asylum seekers in particular. The agency noted that a gap in employment authorization “exacerbates the often-precarious economic situations asylum seekers may be in as a result of fleeing persecution in their home countries.” USCIS explained that access to health care, and especially mental health services, is key for asylum seekers “due to the prevalence of trauma-induced mental health concerns, including depression and post-traumatic stress disorder (PTSD).” The ability to work may also be essential to pay for an immigration attorney, as there is no right to a government-funded lawyer.

Though the rule is effective immediately, USCIS has given the public an opportunity to submit comments until July 5, 2022.

The rule represents a long-overdue and essential protection as the agency works its way through a large and growing backlog. It’s important to recognize that the backlog is a result not only of the obstacles brought on by the nationwide pandemic but also USCIS’ own past policy decisions designed to make it more difficult for noncitizens to pursue legal status.

Maya Angelou, Sally Ride And Other Women From History to be...

Beto O’Rourke: Biden have to pass the ‘For the People Act’...