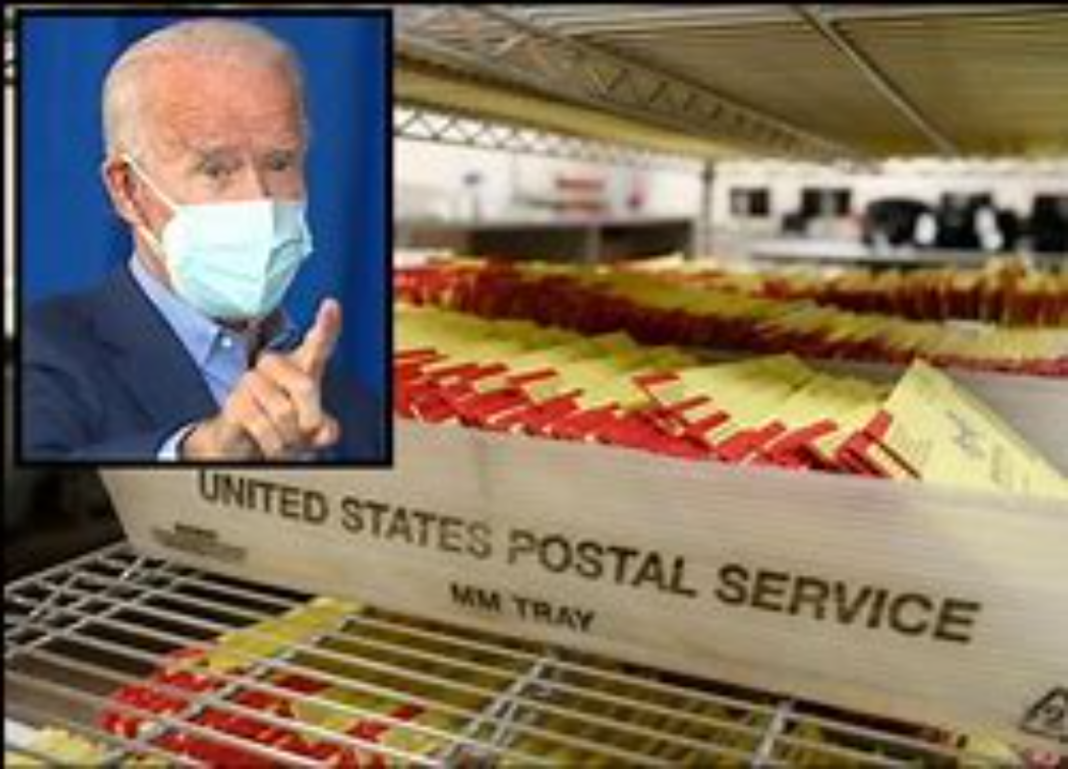 What kind of payoff did “The Big Guy” receive from the American Postal Workers Union (APWU) to grant USPS workers such a sweeping exemption?

Joe Biden on Thursday declared war on unvaccinated Americans during a press conference on his “6-pronged” approach to combat Covid-19.

Federal workers will be forced to take the Covid jab under Biden’s new order.

Additionally, businesses with 100+ employees will be forced to either test workers or prove they are vaccinated.

OSHA will fine businesses up to $14,000 per violation.

However, USPS workers are exempt from Biden’s new order.

Recall, APWU, one of the very powerful unions representing postal workers blasted Joe Biden in July: “While the APWU leadership continues to encourage postal workers to voluntarily get vaccinated, it is not the role of the federal government to mandate vaccinations for the employees we represent.”

According to a report by the Washington Post, USPS workers are EXEMPT even though they are required to be included in executive orders that apply to federal employees.

U.S. Postal Service workers were not included in Biden’s executive order requiring all federal employees to get vaccinated against the coronavirus, according to a White House official speaking on the condition of anonymity to discuss not-yet-public portions of the president’s plan.

The postal workers would be strongly encouraged to comply with the mandate, the official said.

The move exempts a massive chunk of the federal workforce — 644,000 employees and growing as the agency ramps up seasonal hiring — that interacts daily with an equally large swath of the public.

Update: White House official now says USPS workers ARE part of the federal vaccine mandate under OSHA jurisdiction, though technically not under the executive order.

JUST IN: White House official now says USPS workers ARE part of the federal vaccine mandate under OSHA jurisdiction, though technically not under the executive order.

Deleting a previous thread that was based on earlier reporting. Will also momentarily update our write-up. pic.twitter.com/8ydESDhMeE