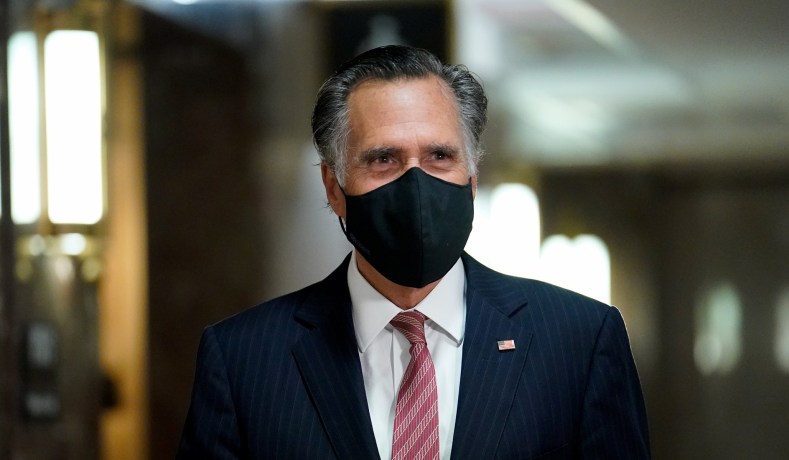 Among the more amusing developments of the new Congress has been Senator Mitt Romney’s dogged attempts to do his job. Earlier this month, Romney made a deficit-neutral proposal that would provide Americans with cash allowances for every child they have. Today, Romney announced that he and Senator Tom Cotton would be coming forward with a plan to gradually raise the national minimum wage and then pin it to inflation while mandating employers’ use of E-Verify — the federal database of work-eligible Americans — to curb illegal immigration.

Even more amusing than the fact that Romney has ideas is that they all seem to be geared toward pleasing the people who hate him most: stalwart supporters of former president Donald Trump, and populists fond of bashing the ‘dead consensus’ of pro-free market Republican politics. And yet, some Utah Republicans are still pushing for Romney to be censured for his vote to convict Trump in last week’s impeachment trial, and ex-congressman Jason Chaffetz is exploring a primary challenge against Romney in 2024. Meanwhile, Senator Lindsey Graham builds credibility with the GOP’s populist wing by calling Lara Trump “the future of the Republican Party” and encouraging her to run for Senate in North Carolina.

Whatever you think of the policies he is throwing his weight behind — Romney gets a thumbs-up on family policy and E-Verify, and a thumbs-down on the federal minimum wage hike from me — it’s heartening to watch a legislator have a try at, well, legislating in a thoughtful way that appeals to first principles and tries to make some sense of the minutiae. It’s disheartening, though, to watch him try to do so in a Senate dominated by the slogans-as-policy Left (Fight for $15!) and the bluster-heavy, policy-wary Right.