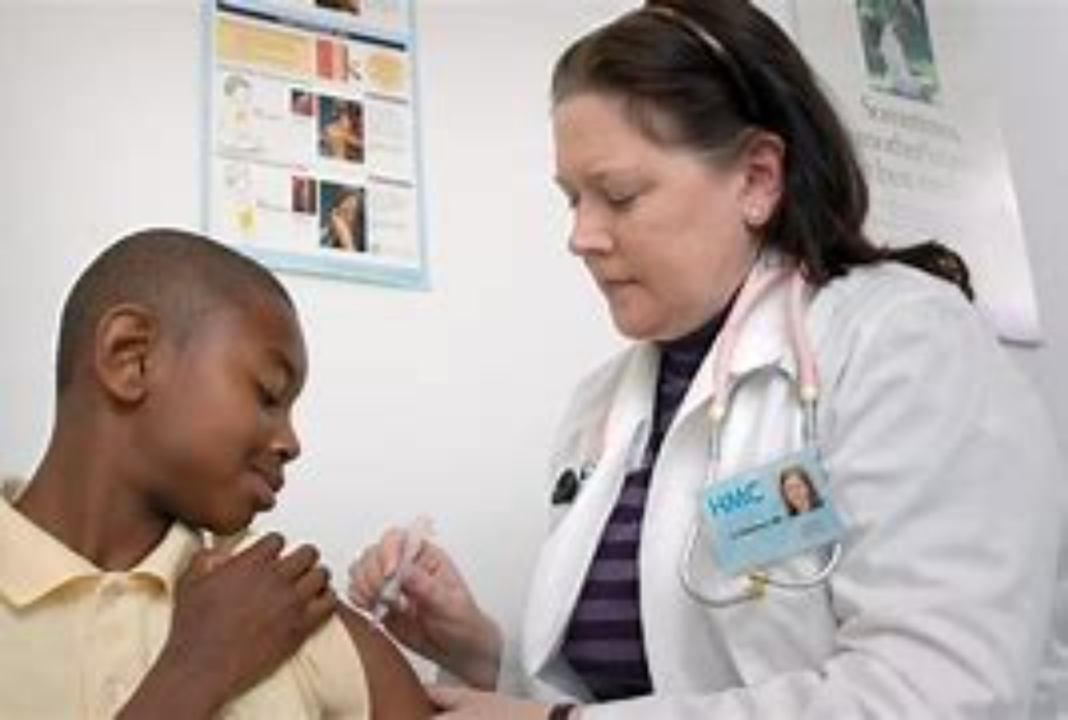 Senate Minority Leader Mitch McConnell is on a mission to get Republicans vaccinated and he’s starting in his own state of Kentucky. McConnell blames misinformation and bad advice for the reluctance shown by fellow Republicans to get vaccinated. He is putting money where his mouth is – McConnell will run 60-second radio ads on more than 100 Kentucky radio stations promoting the vaccine with money from his re-election campaign.

McConnell, a polio survivor, was vaccinated in December. Since then, he has encouraged others to do the same and get vaccinated. Without higher participation, he said that we’ll never get to a high enough level of immunity. Some Republican-led states have among the lowest rates of vaccination. The national average is 57%. Kentucky is behind that percentage with 51% of its residents having at least one dose of a vaccine. Republicans are more skeptical of receiving the vaccine than Democrats.

About 40% of Republicans are uncertain about the vaccine or are unwilling to be vaccinated, polling data published by the Morning Consult showed. That is more than double the 16% of Democrats who voiced those concerns.

There is a renewed push to call for people to get vaccinated, spurred on by the rise in COVID-19 positive test results due to the Delta variant. The Delta variant is highly contagious but less likely to cause severe symptoms or require hospitalization. Many of those testing positive don’t even experience symptoms. If someone is unvaccinated, though, and is infected, the results are more severe and can lead to death. Hospitals and medical facilities are experiencing increases in cases at levels not seen in months.

You can’t blame people for being confused or for hesitating to get the vaccine. When they first became available, thanks to Trump’s Operation Warp Speed, the vaccines were hailed in very favorable terms. They still are but now there is the fact that vaccinated people get breakthrough cases of COVID-19 from the variants. Also, mandates like wearing face masks keep changing. Public health officials and the CDC continue to bounce around on if face masks are still necessary, especially for those who are fully vaccinated.

McConnell applauded Alabama Governor Kay Ivey who put the blame for the surge in new COVID-19 cases on the unvaccinated. She’s not alone, that’s the trend now. Shaming of people choosing to not be vaccinated against COVID-19 is definitely a thing now. Joe Biden, when asked about vaccine mandates for federal employees, reverted to calling the unvaccinated stupid.

REPORTER: "Will you require all federal employees to get vaccinated?"

BIDEN: "That's under consideration right now, but if you're not vaccinated you're not nearly as smart as I thought you were." pic.twitter.com/gfw7y8i3wq

A few prominent Republicans, including Alabama Governor Kay Ivey, have begun speaking out against false claims and conspiracy theories promoted in conservative media that are leading some Americans to reject vaccines.

Ivey last week told reporters it is “time to start blaming the unvaccinated folks” for rising cases of COVID-19 and criticizing people spreading misinformation about the vaccines.

She said in a Washington Post opinion piece this week that those “pushing fake news and conspiracy theories about this vaccine are reckless and causing great harm,” adding that many of the unvaccinated are “being lied to.”

“I was encouraged by what the governor of Alabama said,” McConnell noted.

In other words, it will take more Republicans to be outspoken and in favor of vaccines instead of remaining silent. Misinformation, by the way, is coming from all sides. Biden recently said that you can’t get COVID-19 if you’ve been vaccinated, which is false. The whole reason for a new level of concern in the rise of COVID-19 cases is because vaccinated people are testing positive for the virus. Some are suggesting that President Trump and Fox News get more involved in promoting vaccinations. It’s a trope used by Democrats that FNC is anti-vax but it is a good idea that Trump is more vocal when he speaks to his supporters. A couple of FNC personalities, not news anchors, have sounded skeptical at times but they are the exception. Trump’s doing more events now and could bring the subject up in a favorable way. He should brag about Operation Warp Speed and yes, take credit for getting the vaccines out to people in record time. The fact is that since the vaccines were created while Trump was in office, many prominent Democrats, including Biden and Harris, were reluctant to voice support of them in the beginning. That set a tone of skepticism that medical professionals are still battling.

Many congressional Republicans have refused to say publicly whether they have been vaccinated, and some have attacked the shots as unnecessary or dangerous. This continues a pattern that began early in the pandemic when conservatives protested social-distancing restrictions meant to slow the virus’ spread.

The federal, state and local governments had been counting on rising levels of vaccination to allow them to safely lift those restrictions.

Participation in getting vaccinated has plateaued and dropped in some places. It is becoming apparent that those who want to be vaccinated already are or are in process of doing it while those still unvaccinated do not plan to get vaccinated. Last week McConnell spoke on the Senate floor about the mixed messaging coming from the Biden administration while taking credit for the vaccines.

He also said the Trump deserved credit for the strengthening US economy in the months since Biden took office.

He said: “And after the Biden administration was very eager to claim ownership and spike the football on the vaccination trajectory which they largely inherited from Republican leadership, we’ve now seen vaccination rates in many places plateau on what this White House has been insisting is their watch.”

“This turn toward pessimism is especially stunning and especially sad because President Biden took office with wind at his back.”

“Things were set up for a roaring success like no other presidential transition in recent memory thanks in large part to Operation Warp Speed set up by the prior Congress and administration we had multiple safe and effective vaccines that were beginning to circulate widely through the country,” said McConnell.

One group that can use some encouragement and solid information about COVID-19 is Evangelicals. There is a hesitancy among them to get the jabs. The Wall Street Journal has a piece on the findings of a study that shows evangelical Christians more resistant to getting the vaccine than other major religious groups.

Some 24% of white evangelicals said in June they wouldn’t be vaccinated, down from 26% in March, according to a study from the Public Religion Research Institute, a nonpartisan group that studies the intersection of religion and public life.

Evangelicals of all races make up about one-quarter of the U.S. population, and health officials say persuading them to get the shot is crucial to slowing the spread of the Delta variant fueling recent increases in Covid-19 cases.

The percentage of white evangelicals who say they have been vaccinated or plan to get the shot as soon as possible was 56% in June, up from 45% in March. That is tied for the lowest figure among groups included in the survey, along with Hispanic protestants, many of whom are evangelical.

Among all Americans, 71% have been vaccinated or are willing to be, according to the survey, while 13% staunchly oppose the shots.

It is undeniable that bad or constantly changing information from government sources played a big role in the current dilemma now facing the medical community. At least there may be some good news on the horizon as far as the Delta variant goes. Former Food and Drug Administration Commissioner Scott Gottlieb said today that the United States may get through the worst of the current Delta variant surge in a few weeks.