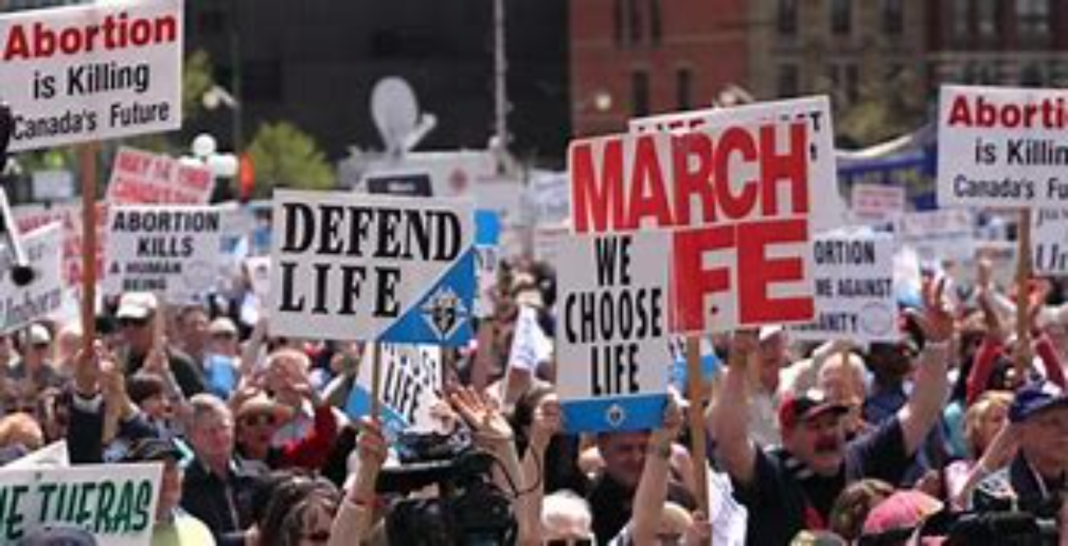 Columbia University’s Robert Klitzman shared a tragic story with CNN Saturday of a woman riddled with cancer who reportedly refused to undergo medical procedures, relied on the power of prayer, and ultimately died.

“Her religious belief contributed to her death, unfortunately,” he said.

Klitzman, who directs Columbia’s bioethics master’s program, stressed that employees should not be able to easily obtain religious exemptions from President Joe Biden’s vaccine mandates, pointing to the extreme beliefs of jihadists and noting, “there are limits in our society to how far religious beliefs can go.”

He also suggested that the Biden administration should create “guidelines” to decide whether Americans’ religious objections measure up.

“The problem is a lot of religious exemptions that people are claiming … are based on myths,” he said. “People saying, for instance, ‘All vaccines are made using fetal cells, and I’m pro-life.’ That’s simply not true.”

A Biden administration official told The Daily Caller News Foundation Tuesday afternoon that protecting religious Americans “will be part of the policy process,” but did not further explain the remark. From the briefing room, White House press secretary Jen Psaki confirmed that some individuals may receive religious exemptions from the Biden mandate.

But pressure from activists and mandate-minded lawmakers suggests that the religious objections of Americans may face more serious inquisition in the coming weeks.

“How much can we ask? How far can we push? Do we have to accommodate this? Those are the questions employers are trying to figure out,” Society for Human Resource Management adviser Barbara Holland told The New York Times. “How do I tease out who’s not telling the truth?”

New York Gov. Kathy Hochul, a Democrat, told reporters in early September that she was unaware “of a sanctioned religious exemption from any organized religion,” dismissing the idea that health care workers could be religiously exempt from the state’s vaccine mandate.

“To the extent that there’s leadership of different religious organizations that have spoken, and they have, I’m not aware of a sanctioned religious exemption from any organized religion,” Hochul said. “In fact, they’re encouraging the opposite. They’re encouraging their members, everybody from the pope on down, is encouraging people to get vaccinated. So people will say what they choose.”

But neither the governor of New York nor any employer has the authority to tell an individual what he or she believes, Ethics and Public Policy Center senior fellow Roger Severino told The Daily Caller News Foundation.

Should an employer rebut the religious objection of a Catholic employee by noting that the pope had encouraged Catholics to get vaccinated, Severino told The Daily Caller News Foundation, that would amount to religious discrimination.

Many thousands of Americans are seeking religious exemptions to vaccine mandates, citing reports that some of the vaccines were developed using aborted fetal cell lines. Objectors also cite concerns over the haste with which the vaccines were made, anxieties over the vaccines’ effects on fertility, and distaste for the authoritarian government mandates.

Under the Americans with Disabilities Act and Title VII of the Civil Rights Act, U.S. employers are required to accommodate their employees’ “sincerely held” religious beliefs—including potential religious objections to a vaccine.

“Public institutions should not act like inquisitorial boards, quizzing people’s religious beliefs and trying to find holes because somebody has a different view of things,” said Severino, who is the former director of the Office of Civil Rights at the United States Department of Health and Human Services.  “If separation of church and state means anything, it means that state institutions don’t second guess to try to resolve religious truths.”

Workplace Religious Accommodations: What Are They?

“They are viewed as personal religious convictions rather than ecclesiastical, in other words, matters of conscience rather than doctrine per se, given that there is wide variety in how people put to practice their faiths,” Grim said. “The question then becomes whether the accommodation request puts an undue burden on the employer, who is also protected by law and responsible for the health and well-being of all employees.”

U.S. Equal Employment Opportunity Commission guidance warns that “whether or not a religious belief is sincerely held by an applicant or employee is rarely at issue in many types of Title VII religious claims.

“For example,” the guidance said, “with respect to an allegation of discriminatory discharge or harassment, it is the motivation of the discriminating official, not the actual beliefs of the individual alleging discrimination, that is relevant in determining if the discrimination that occurred was because of religion.”

Neither the commission nor the courts should “be in the business of deciding whether a person holds religious beliefs for the ‘proper’ reasons,” the guidance said, but they may examine the individual’s motives or reasons for holding the belief.

An individual would not be deemed insincere in his belief just because he is not scrupulous in his observance, the guidance notes, but an employee’s credibility could be undermined by behaving “in a manner markedly inconsistent with the professed belief,” if the accommodation the individual is seeking would have a “particularly desirable benefit that is likely to be sought for secular reasons,” if the timing of the religious objection is suspect, or if the employer has other reasons to believe the “accommodation is not sought for religious reasons.”

How Far Can the Biden Administration Go?

Legal experts at the Alliance Defending Freedom are evaluating what the Biden administration mandates mean for religious employers and churches.

“Should these mandates encroach on the First Amendment freedoms and autonomy of religious institutions, ADF stands ready to challenge the administration in federal court,” ADF President and CEO Michael Farris and General Counsel Kristen Waggoner said in a statement.

Some have already taken the mandates to court.

In early September, a group of 17 health professionals represented by the Thomas More Society sued New York and Hochul, accusing the state of violating Title VII and constitutional rights through its vaccination mandate and by disavowing religious exemptions.

The United States District Court for the Northern District of New York granted a temporary restraining order to the medical workers Sept. 14, barring the New York Department of Health “from interfering in any way with the granting of religious exemptions from COVID-19 vaccination going forward.”

Hochul, who did not immediately respond to a request for comment from The Daily Caller News Foundation, has until Sept. 22 to respond in court.

“What New York is attempting to do is slam shut an escape hatch from an unconstitutional vaccine mandate,” Christopher Ferrara, Thomas More Society special counsel attorney, said in a Sept. 14 statement. “And they are doing this while knowing that many people have sincere religious objections to vaccines that were tested, developed, or produced with cell lines derived from aborted children.”

Analysis by the Charlotte Lozier Institute released in December 2020 found that AstraZeneca and Johnson & Johnson use abortion-derived cell lines in development, production, and lab testing.

Charlotte Lozier Institute Vice President Dr. David Prentice previously told The Daily Caller News Foundation that when abortion-derived cell lines are used in the production of a vaccine, that means the cells are “directly involved in making the final product, the vaccine that is injected in our arms.”

“It is an essential element for the final vaccine,” Prentice said. “Although the connection is distant both in time and space, since the abortion occurred decades ago and the cells have been grown in the lab ever since, that connection to abortion remains and is of concern to many Americans. ”

“When an abortion-derived cell line is used in laboratory testing, that is not done within the production line,” he explained. “It’s a confirmatory test done on the final vaccine, to validate what the scientists believe they’ve produced.”