Home Politics Vaccine Passports: Are we Back into Slavery? 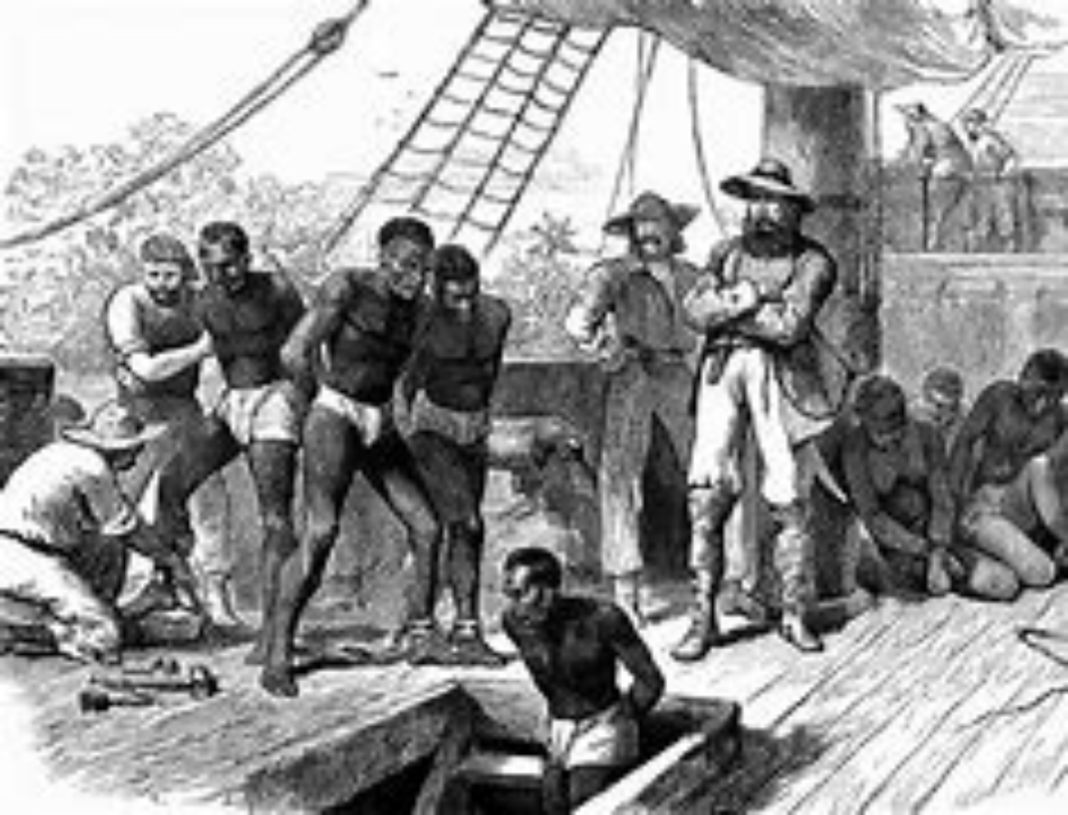 I respect her for being creative. Normally when opponents of vaccine passports want to hysterically exaggerate the burden being placed upon them, they reach for Holocaust analogies.

By this logic, school districts across the country — including in Boston, I’m sure — are the heirs to slavery by demanding that kids “show their papers” on vaccination before they can be enrolled. Same goes for the Biden administration with its new rule about travelers from abroad:

The Biden administration is developing a plan to mandate vaccinations for almost all foreign visitors to the US, though some exceptions are expected, confirming Reuters’ reporting. A change to travel restrictions still isn’t imminent because of the Delta variant, however.

Slavery isn’t the only analogy Janey offers. She mentions Trump’s Birtherism habit, which was only salient in 2016 because the Constitution does in fact require presidents to be natural-born citizens and a birth certificate is the most logical proof of that. She also alludes to what the “immigrant population” has to deal with in the U.S. with respect to showing their papers, which I assume is Democrat-speak for the so-called “undocumented” having to actually obtain their residency legally as a condition of remaining here.

What she’s giving us, in other words, is a half-baked woke argument against vaccine passports:

At least it’s an argument. Some Dems are just berating critics of their vaccine policies now:

“YOU ARE THE ULTIMATE KNUCKLEHEADS.”@GovMurphy with the mic drop pic.twitter.com/2wGK0019wF

The first clip above cuts off a key part of what Janey said. “Here we want to make sure that we are not doing anything that would further create a barrier for residents of Boston,” she told reporters, before adding, “or disproportionally impact BIPOC (Black, Indigenous and people of color) communities.” That’s been a core criticism of New York City’s new vaccine passport requirement, that it’s going to end up barring blacks and Latinos from public spaces in New York disproportionately since minorities have been more reluctant to get vaccinated than whites have. Or at least, the sort of liberal whites commonly found in New York.

As far as I’ve seen on social media and in public commentary, though, that criticism about disparate impact has been coming mostly from the right, not the left. Which is no surprise since Democrats overwhelmingly favor vaccine mandates and Republicans are overwhelmingly against them:

Unvaccinated Republicans are also far more likely than unvaccinated Democrats, blacks, or Latinos to say that they definitely won’t get the vaccine rather than that they’re still in “wait and see” mode:

A greater share of blacks (65 percent) than Republicans (54 percent) say they’ve already been vaccinated too. Put all of the above together and it means that widespread implementation of vaccine passports will fall most heavily on GOPers — or at least, GOPers who live in blue states. Vaccine passports won’t be common in red ones, to the extent they exist at all.

But of course it’s not just Republicans who are resisting vaccine mandates. Why, here’s one famous resister trying and failing miserably to defend her organization’s opposition to mandates for public-school teachers, one of the few professions in America right now that requires members to be around a large unvaccinated cohort all day long. Randi Weingarten begins with a lie, that New York’s schools were mostly open last year, and then proceeds to completely avoid the question:

Schools require students to get vaccinated for other diseases so why is the New York state teacher’s union opposing a coronavirus vaccine mandate? American Federation of Teachers President @rweingarten responds.@MSNBC pic.twitter.com/T8aECMVy5G

Should cities like New York be requiring passports of everyone, let alone mandating them for public-school teachers? Scott Gottlieb, who’s probably become the most trusted public-health expert on COVID in mass media (and has Trump credentials to boot), said yes this morning on CNBC. He supports New York’s vaccine passport system — but maybe only New York’s:

New York is most densely populated American city, and host to unprecedented number of global travelers. It faces unique risks of new variants and spread and it’s reasonable to take measures other cities and states don’t need to embrace. Mitigation should be tailored to local risk https://t.co/sXUkKIucw7

That’s a rule both sides could probably live with. Dense, coastal, liberal cities that are major hubs for international travel should go all-out to reduce local transmission. The more sparsely populated interior of the country? Meh.

They might not need passports, just frequent reminders of the benefits of vaccination as Delta spreads:

I’ll leave you with this moving interview with one of the GOP’s newest members in Congress, Julia Letlow, whose husband Luke passed away from COVID shortly before he was to take his seat in the House. (Julia won the special election to fill his vacant seat.) Her state’s going through hell right now due to low vaccination rates. Maybe this will change some minds in Louisiana.

When Congresswoman @repjulialetlow (R-LA.) looked at soaring Covid cases in her state, yet again, & a very low vaccination rate in her own district, she decided to tell her story & that of her dead husband, in hopes others will get vaccinated. Here she is: pic.twitter.com/BDWwEfiBvM

200 Houston hospital workers to loose their job if they don’t...