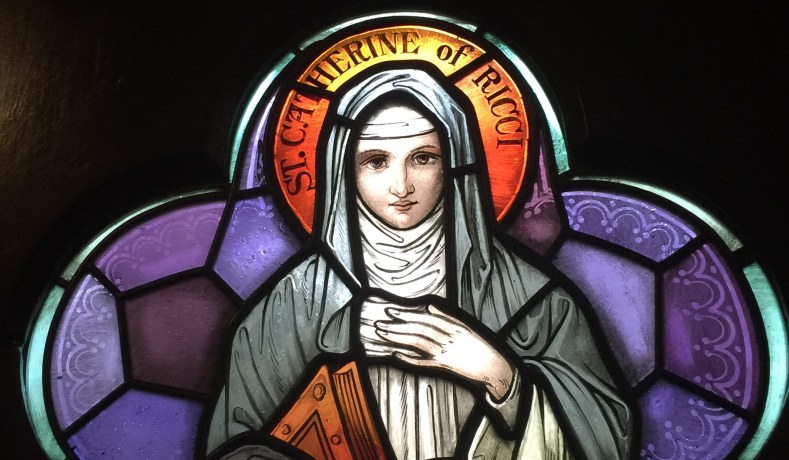 One of my favorite churches in the United States is St. Mary’s in New Haven, Conn. It’s basically on the campus of Yale University, inasmuch as Yale buildings surround it. It’s run by Dominican fathers — many of them in the Province of St. Joseph are friends of mine — and it is where Fr. Michael McGivney’s earthly remains are. He was the founder of the Knights of Columbus, and he was recently beatified (one of the steps to official recognition as a saint).

I’m also attached to it since I went to Mass with my late friend Andrew Walther and his family possibly every time I ever visited New Haven in recent years and his vespers service and funeral Mass were there. I remember it like it is happening now – during the Mass, the sun brightened the Ascension window in a way that I couldn’t take as coincidence. The veil is thin between Heaven and earth during the Holy Sacrifice of the Mass — it truly is. I tell you as a matter of faith and lived experience.

And St. Mary’s is beautiful. There’s a Sacred Heart of Jesus statue I always visit, among other things. And that was all a long way of saying: Women’s History Month began with the pastor of St. Mary’s announcing that windows on the doors of the recently renovated church dedicated to four women were smashed in over the weekend. They depict Saints Catherine of Siena, Catherine de Ricci, Rose of Lima, and Agnes of Montepulciano. (Each of these windows, too, is a pilgrimage spot for me at every visit there.) The windows were cracked and can be restored. But this is just one incident — at a historic church in this case — in an alarming trend of vandalism in churches around the country — which I think NR alumna Marlo Safi has been the best chronicler of. It comes, too, after we’re about to mark one year since we seemed to collectively say: Religion isn’t essential, when the churches were closed for way too long.  But of course religion is essential! Many people still haven’t gone back. There are some prudent reasons for some, but there ought to be an examination of the why. John Paul II talked about a practical atheism. There’s something even worse going on now, increasingly, it seems. A real hostility, in sync with our violent times.

Here’s a write-up about the vandalism and a description and response from the pastor of St. Mary’s, where he does the right thing: He asks for prayers for whomever would do such a thing. Prayers are clearly needed.

As heartbreaking as this was, Father Walker urged prayers for the person responsible for the vandalism at St. Mary’s. “Pray for the person who did it,” he said.  “They’re clearly troubled, whether with mental issues or a hatred for the faith or the Church.  Pray for the healing they need and to come to a repentance for what they did” and have a “conversion of heart, that their life might be marked by growth in holiness and virtue, and ultimately for their eternal salvation.”

I should add that St. Mary’s has no reason to believe that it was anything other than vandalism. But churches are seeing more and more destruction. It’s hard to believe it’s all just random violence.

And as we end the week, it never hurts to whisper a prayer: Saints Catherine of Siena, Catherine de Ricci, Rose of Lima, and Agnes of Montepulciano, pray for us.