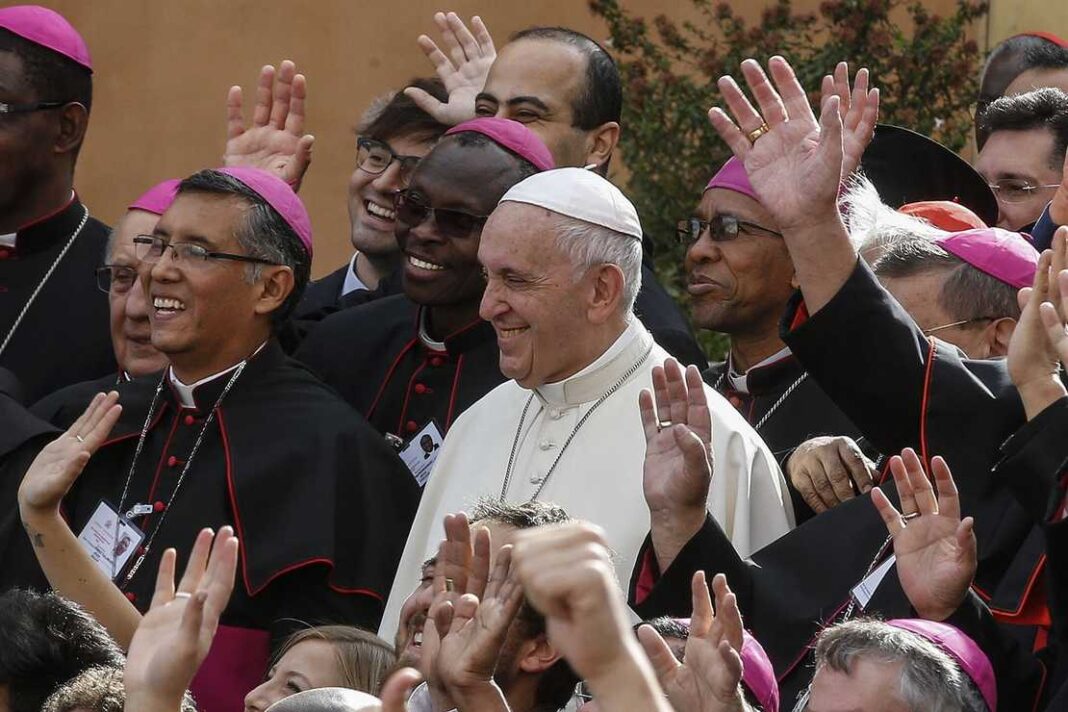 In Germany, the Vatican has a fight on its hands over radical progressives in open defiance to Pope Francis. The Congregation for the Defense of Faith wants to nip another potential division in the bud in the US, this time over a conservative push to put teeth in Catholic teaching on abortion. CDF prefect Cardinal Luis Ladaria sent a letter to the US Conference of Catholic Bishops warning them to proceed cautiously — and only in unity — on access to the Eucharist and abortion policy.

Any new policy, Ladaria strongly advises, would have to apply to all Catholics, not just prominent public figures:

The head of the Vatican’s doctrine office is warning U.S. bishops to deliberate carefully and minimize divisions before proceeding with a possible plan to rebuke Roman Catholic politicians such as President Joe Biden for receiving Communion even though they support abortion rights.

The strong words of caution came in a letter from Cardinal Luis Ladaria, prefect of the Vatican’s Congregation for the Doctrine of the Faith, addressed to Archbishop José Gomez of Los Angeles, president of the U.S. Conference of Catholic Bishops. The USCCB will convene for a national meeting June 16, with plans to vote on drafting a document on the Communion issue.

There is division among the bishops, with some pressing for Biden and other Catholic public figures to be excluded from Communion over their abortion stance, and other bishops warning that such a move would be politically polarizing.

Ladaria, in his letter, said any new policy “requires that dialogue occurs in two stages: first among the bishops themselves, and then between bishops and Catholic pro-choice politicians within their jurisdictions.”

While there are differences between the conflicts in US and Germany — the latter of which involves explicit defiance against papal authority and Catholic teaching — there are similarities as well. In both cases, the CDF and the Vatican in general want to promote unity rather than division. In both cases, they want to limit the “synodal path” and its use to justify outright conflict with the Holy See. And in both cases, they want the Catholic Church to stand outside of partisan political wars, although remain engaged in the social debate.

The issue in the US has not advanced as far as the German eruption of defiance. Clearly, however, Ladaria sees the potential for it, especially given the divisions within the USCCB over the issue of access to the Eucharist. A divided church is a weakened church, and the overall mission for the Catholic Church is to bring the Gospel to as many people as possible. A war over communion, even to the extent it’s necessary, will make that mission more difficult.

However, it’s not as though the bishops were limiting this discussion to just Joe Biden and Nancy Pelosi. There has been an ongoing debate in the US as to what constitutes “material” support for abortion, which is an excommunicating act by its very nature, as the catechism proclaims. Some want it limited to procuring, performing, or personally paying for an abortion, while others want it to include political support and votes for politicians who push for abortion access. Bishops in the US have differing policies and practices on that point, let alone bishops in other countries.

Ladaria’s letter clearly expresses a reluctance to have the USCCB issue hard-and-fast guidelines. In fact, Ladaria points out that even if they did, local bishops still have autonomy to make those decisions on their own anyway:

He said any new policy could not override the authority of individual bishops to make decisions on who can receive Communion in their dioceses. Cardinal Wilton Gregory, the archbishop of Washington, D.C., has made clear that Biden is welcome to receive Communion at churches in the archdiocese.

In other words, Ladaria is advising the USCCB that all of this will be ultimately futile, at least in terms of access to the Eucharist. Whether that’s the correct interpretation of Paragraph 2272 of the catechism is still a question for the local bishop in terms of individual members of the church. The CDF could sharpen the definition at some point and submit it to the episcopate in a synod for commentary and approval, but national conferences can’t easily bypass that process to impose it themselves. In that way too this is similar to the conflict in Germany.

The bottom line is that this may slow down the momentum for any significant edict from the USCCB. They will no doubt issue guidance on the critical issue of the sacramental nature of life and the duty of all Catholics to defend it in all instances. Even before Ladaria’s letter, the prospects of issuing an order denying access to the Eucharist for abortion-supporting politicians seemed unlikely. Now they appear non-existent.