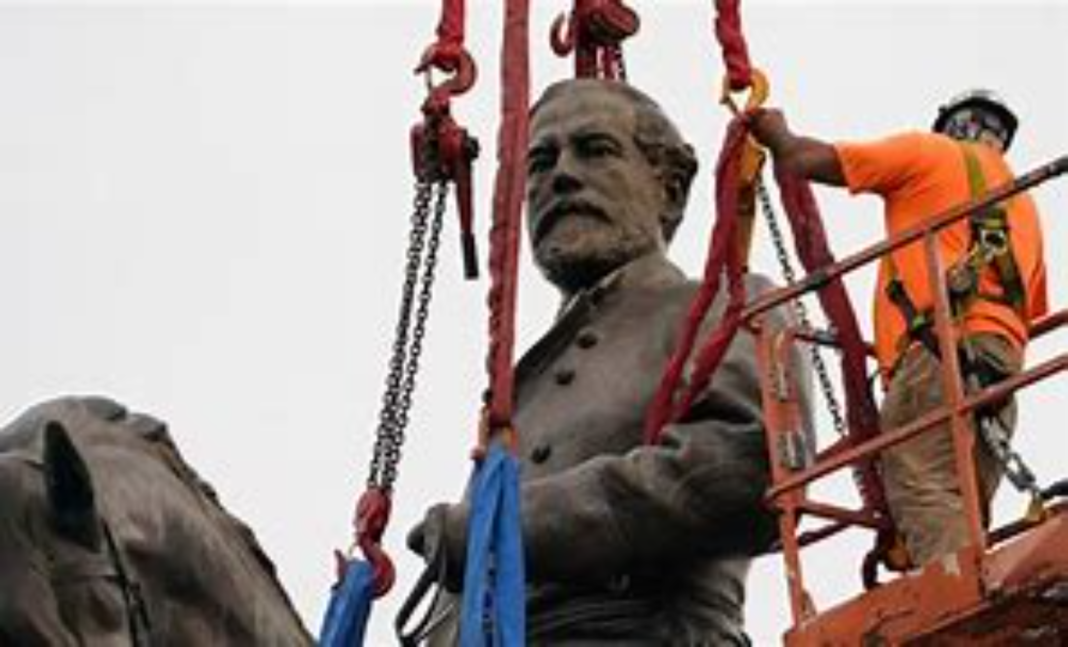 I will save the celebrations of the removal of Robert E. Lee’s statue in Richmond for another article. This is just the standard contempt for whites that circulates on Twitter.

What is the expiration date for cis white males?

A few years ago, I read an obscure book called Men, Art, War. In one story, after a revolution against a horrible system, people called actors and actresses from the old regime “mouthpieces.” It was a slur. People knew that journalists and entertainers had defended the old system. They were morally responsible for what it did.

It was just a story.

Anyway, the most surefire way to prevent white men from embracing reactionary conservative politics is for them to graduate college. So this story is very depressing on a few levels to me.

At least this is an admission that it’s all indoctrination. Considering the sad state of higher education, it’s probably better to save your money. You’ll get a better education reading the Western Canon than from getting a degree from an Affirmative Action U.

In the future, there will have to be an alternative to college degrees for identifying desirable workers. We’re very close to the point where a liberal arts degree is a liability. Who needs workers trained to invent racial and sexual grievances?

Do you think that complaints about “white supremacy” will stop once we’re reduced to a minority? Guess again, white man.

White supremacy persists even when whites are gone.

I thought this was a joke, but it’s not.

The Taliban have started painting over murals left behind from the American occupation. Here they paint over one mural depicting St George Floyd and replace it with proclamations of victory. pic.twitter.com/4mDD5MifAT

The Globalist American Empire really was painting images of George Floyd in Kabul.

Dear white people, we are not the minority. You are. pic.twitter.com/uIgcpFrgVX

Yes, we are a global minority. That is why we must ensure our survival.

Texas Governor Greg Abbott recently signed a law that Republicans say will protect election integrity. Poll watchers will have more power to point out violations. There will be no more drive-through voting. It also, in the words of the New York Times, makes it harder to “assist voters who need help, such as with translations.” If people who can’t speak English are voting, the restrictions don’t go far enough.

The CEO of the NAACP tweeted:

White supremacy can mean anything these days.

A transgender socialist, “Contrapoints,” is in trouble for knowing about the work of Helmut Schoeck, who wrote about envy. If you’re not watching far-left YouTubers, it’s not important, but it shows that on the left, knowing about certain people or citing them favorably is a moral failing.

Referencing the work of a man who praised Oswald Spengler’s most blatantly racist publication, and reduced warfare in Nigeria and Congo to homicidal anti-intellectualism?

Another interesting exchange from leftist YouTube. Apparently, slaughtering whites is a topic for debate.

Racists don’t like CRT because it tells the ugly truth of how white people have oppressed black people. If you’re not a racist, you don’t have a problem with CRT. Duh.

If you demand keeping up Confederate statues to ‘remember history’ but ban teaching critical race theory because its ‘anti-American’ then its not history or America you’re protecting—it’s white supremacy.

Critical Race Theory should be taught in school. Whites should learn that those in power oppress them and that they must fight back. Those promoting CRT don’t understand that they are part of the ruling system, not rebels against some mythical pro-white Establishment. They’re on Twitter; we’re banned.

A progressive says the quiet part out loud:

A reminder that if white people couldn’t vote, the US House map would look something like this pic.twitter.com/EudG58A6HL

A reminder: Even if you are a self-hating white who talks about “decolonialism,” you won’t get any credit.

Just saw a white person call another white person ‘decolonial’ as an adjective as a compliment. As in, “you are beautiful and decolonial,” and no my fellow whites. Absolutely fucking not.

It’s worth reading. White leftists can grovel all they want; it won’t do them any good.

White people are truly a cancer everywhere they go https://t.co/6knMNILw3L

Clearly, it’s whites’ fault that South Africa is such a mess.