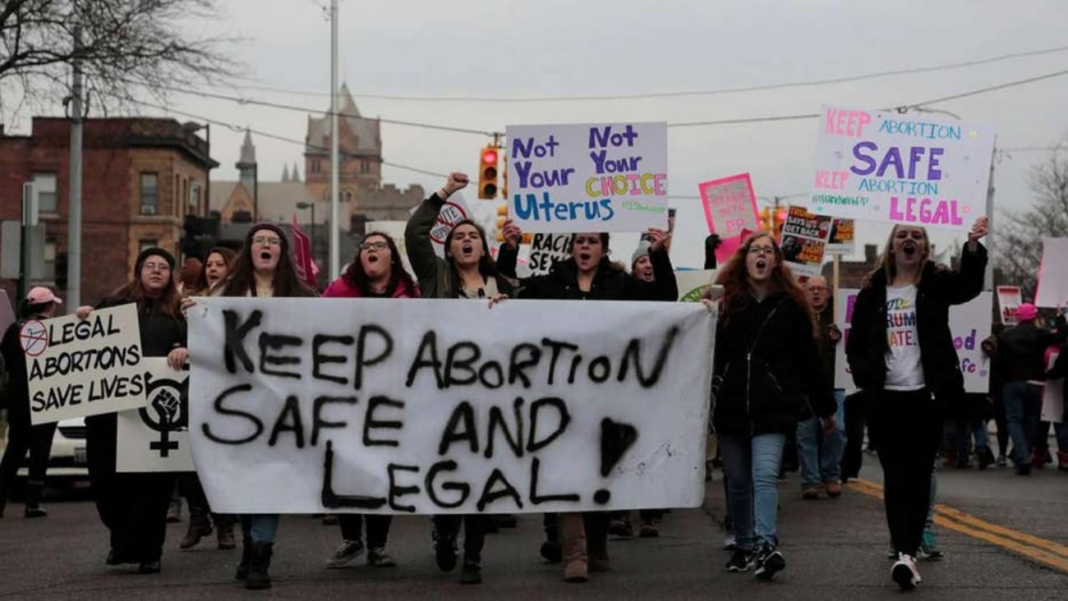 Vermont already has established an absolute statutory right to abortion through the ninth month, and deprives embryos and fetuses of any rights — whether or not in a uterus — which opens the door to their ready use in experimentation and as suppliers of organs for transplant.

But that’s not enough, apparently. Proposal 5, passed in the Vermont Legislature in the 2019 session, would open the door to reproductive anarchy. Here is the language of the proposal (my emphasis):

Article 22. [Personal reproductive liberty] That an individual’s right to personal reproductive autonomy is central to the liberty and dignity to determine one’s own life course and shall not be denied or infringed unless justified by a compelling State interest achieved by the least restrictive means.

Opponents focused on the unquestionable point that the amendment would make abortion through the ninth month for any reason a constitutional right in Vermont, which would not be a huge change because, as stated above, that is already the state law.

But Proposal 5 could also open the door to reproductive anarchy. Why? A near absolute right to “reproductive autonomy” would mean that any method and means of creating and gestating children would be enshrined in the Vermont Constitution, no matter how extreme or mechanistic. Off the top of my head, that would include the following, all of which have either been proposed, are being experimented on, or have already been done:

Also notice the amendment adopts the same strict scrutiny/least intrusive standard applied in the Religious Freedom Restoration Act. How ironic. I think it is safe to say that most of the legislators who voted for this amendment would oppose the same standard when it comes to the free exercise of religion. That speaks volumes about America’s increasingly intractable culture divide.

Moreover, if there is a positive right to reproductive autonomy, could medical professionals who refused to participate in these methods based on religious or conscience objections be sued for “discrimination” or otherwise face legal or professional sanction? Such lawsuits are already happening around the country.

Anything goes is rarely a good idea, particularly in a field as morally fraught as procreation. The unintended societal consequences of such radical experiments in family formation and childbirth — and the prospect of using unborn life instrumentally in more varied ways than we do already — cannot be known. But I think it will lead to increasing social disintegration, less family stability, more depressed/confused children, and the further corrosion of our belief in intrinsic human dignity.

Proposal 5 must pass a second time in the current legislative session to make the November 22 ballot. But given that it passed the Vermont Senate in 2019 by 28-2 and the House 106-38, that seems a given. I fear the progressives of Vermont will vote yes and open a procreation Pandora’s box.

Marty Walsh confirmed as labor secretary, this week in the war...

Iran, Other Adversaries Continue to Blame U.S. for Ukraine Invasion