Video of the Loveland Police station officers mocking the body-camera video of their successful arrest operation against a 73-year old dementia sufferer, Karen Garner, has gone viral on the internet.

In the footage released by Garner’s attorney, three officers inside the station could be seen laughing and commenting on Garner’s arrest video, while she sits handcuffed only a few cells away. 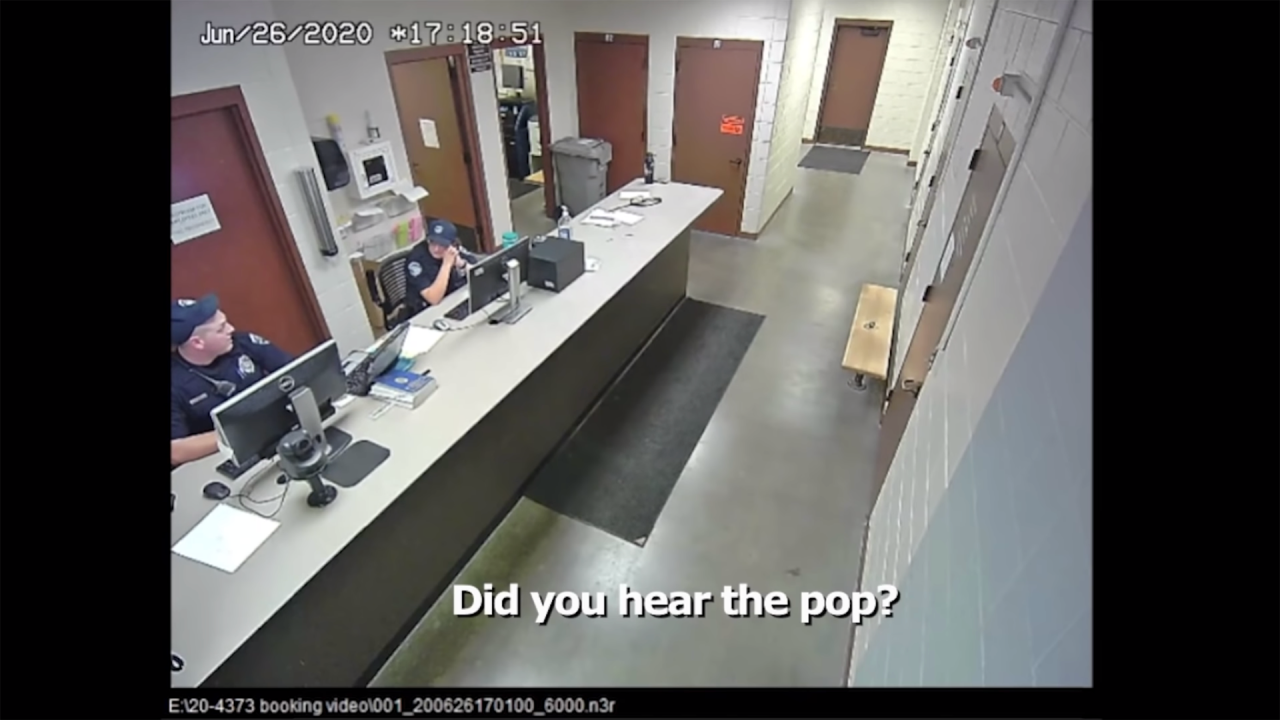 “Ready for the pop? Hear the pop?” said one officer in the video followed by the remarks, “I love it.”

Reportedly, law and enforcement detained Karen Garner June last year for leaving Walmart without paying $13 bills. The “operation”  was forcible as the lady sustained fractured elbow and shoulder dislocation during the happening.

However, Garner’s family said, she forgot to clear the bills out of confusion.

Garner’s attorney Sarah Schielke said that the family hired an audio engineer to amplify the voices in the video. Moreover, the lawsuit has also been filed against the Loveland Police Station for violating the Americans with Disabilities Act while assaulting Ms. Garner.

She went on saying that “they failed Karen Garner,” as her client was left confused, crying, and untreated whilst the officer laughed at her arrest video.
On the other hand, the Loveland Police Department has refused to say anything until the inquiry concludes. Meanwhile, one of the officers is on administrative leave while two have been relocated to administrative duties.

However, Garner’s sister-in-law, Shannon Steward, told the Denver Post that the incident severely affected Garner’s health and worsened her dementia.

“She hasn’t come back the way she was before. It was too much.”

What are your thoughts on the story? Let’s know in the comments below.