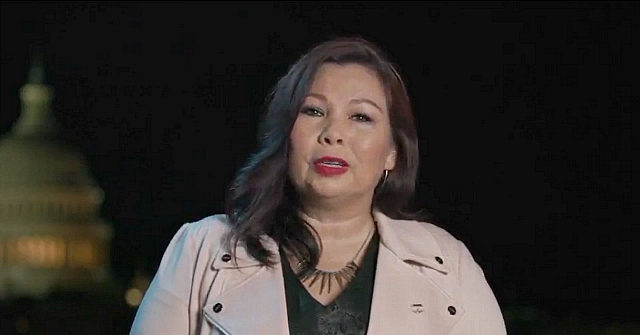 We got a peek into the future of woke diversity on March 23, when Sen. Tammy Duckworth (D-IL) announced that she was so mad at the Biden administration for supposedly neglecting Asian-American and Pacific Islanders (AAPI) that she wouldn’t vote to confirm any more of Biden’s non-minority appointees. “I will vote for racial minorities and I will vote for LGBTQ, but anybody else I’m not voting for,” she said. “Until then, I am a ‘no’ vote on the floor on all non-diversity nominees.”

Explaining her stance, Duckworth recalled that she had been on a conference call with White House staffers and had complained about this alleged lack of diversity. The response that came back was not at all satisfactory to Duckworth: “The first words out of the staff mouth was ‘We’re very proud of Vice President Harris,’ which is incredibly insulting.”

One might wonder why it’s insulting to bring up the heritage of Harris, who is a woman and half-Indian and half-Black, and thus plenty diverse; she was after all the first person Biden chose last summer for his administration. And yet Duckworth said that to her the Biden staffer’s words were a “trigger.”

We might step back and observe: Who knew that Illinois, typically thought of as a middle-of-the-road state, had in fact elected one of the woken? (Or could it be that Duckworth is mad that she was not selected as Biden’s running mate, perhaps in part because she was making radically woke comments?)

For its part, the Biden administration was in no mood to get into a fight with two Democratic senators, and so White House press secretary Jen Psaki issued a softly worded statement:

The President has made it clear that his Administration will reflect the diversity of the country. That has always been, and remains our goal.  The White House will add a senior level Asian American Pacific Islander liaison, who will ensure the community’s voice is further represented and heard.

Reporting on this story, the Washington Post observed, “The White House did not immediately respond to questions about who might fill the role or whether it was a new position.” And the newspaper added dryly, “The White House has for several years had a liaison to the AAPI community.” In other words, we don’t really know whether or not Sens. Duckworth and Hirono actually received any concessions.

Yet for her part, Hirono said that she and Duckworth did get concessions As she tweeted: “Based on the private conversation we had, I will continue voting to confirm the historic and highly qualified nominees President Biden has appointed to serve in his administration.”

Based on the private conversation we had, I will continue voting to confirm the historic and highly qualified nominees President Biden has appointed to serve in his administration.

So the two senators are now mollified and will continue to say “yea” on all of Biden’s picks, just as they always have.

Still, the tiff raised eyebrows, as it played to the stereotype of Democrats as being obsessed with identity politics, thereby inverting Dr. Martin Luther King Jr.’s famous phrase; that is, they are now more interested in the color of one’s skin than in the content of one’s character.

Reaction to this diversity drama was swift. On The View, Meghan McCain commented:

And on Fox, Tucker Carlson ripped Duckworth’s thinking as “morally repugnant” and even “illegal.”

Even a Democratic-minded tweeter added this word of warning:

I genuinely like Tammy Duckworth. The woman is a legit hero but the game she’s playing is ridiculous and feeds into every perception that the GOP wants to create of dems. It is silly season.

Indeed, the feeling that Duckworth and Hirono have taken Democrats in a dangerous direction extends even to the not-very Republican precincts of Washington, D.C. For instance, Politico’s “Playbook,” a morning guide for the Beltway perplexed, observed on the 24th:

The Democratic infighting over diversity is manna for the GOP. Administration officials want to keep the focus on hitting their vaccine goals and throwing money into the pockets of millions of Americans. Republicans want to put them on the defensive over culture issues.

So we can see: The hard-nosed political play-callers at “Playbook” think the Democrats have blundered, handing Republicans a potent wedge issue. Then “Playbook” added this further note of warning to Democrats:

The ordeal surfaced something that’s been bubbling for years. The Democratic Party holds up diversity as a key value and embraces intersectionality—but realizing that vision is much more complicated as more Americans (rightly) demand a seat at the table.

Okay, so Diverse Americans are demanding (another) seat at the table. And yet who—who, exactly—gets a seat at the table? And how is that seating arrangement to be determined? Moreover, how is what’s on the table going to be apportioned?

We might start by trying to figure out who exactly should be included in the Biden/Democratic vision of the AAPI “community.” That’s not so easy to determine because Asia consists of no fewer than 48 countries, and it’s a safe bet that there are Americans who can trace their lineage to each and every one of those four-dozen states.

Moreover, separate and distinct from Asia, 15 more island-countries dot the Pacific Ocean. So who should represent all these Americans at the Biden diversity table? Which individual? Or which group?

Moreover, does it really make sense to say that Americans who hail from places as disparate as India, Vanuatu, China, and Japan—and 59 other countries across Asia and Oceania—form a “community”?

As an aside that speaks to the futility of lumping diverse people into a presumed unitary community, one is reminded for the 1891 Sherlock Holmes story, “The Red-Headed League,” about a putative confederation of redheads. Yet the whole point of the story is that there is no such thing as the Red-Headed League; it’s just a convenient ruse—and that only makes sense, as redheads don’t necessarily have anything about which to be in league.

Still, the Democratic Party is locked into its diversity vision, and as the 2020 election results show, Democrats can indeed win while pledging full-woke diversity.

However, it remains to be seen whether the Democrats can govern while actually enacting diversity policies of the type that Duckworth and Hirono have championed.

That’s the key distinction: Mere talking about being woke is one thing, actually doing it is another. Why? Because the sort of skin- and gender-testing that woke Democrats favor is profoundly unbecoming in the eyes of most Americans, and so an emphasis on distributing power according to strict ethnic and sexual categories is likely to boomerang at the ballot box.

For instance, the city of Oakland, CA, led by Mayor Libby Schaaf, a Democrat, just announced that it would pay a $500-a-month benefit to city residents—but not to white city residents, no matter how impoverished. One must question, to be sure, whether such a race-based policy is even legal, and yet there’s no question that it’s bad political optics for the nation as a whole.

So Republicans might ask: Do other Democrats agree with Schaaf? And wouldn’t the GOP do well, in contrast, to keep emphasizing the basic principles of color-blindness and equal protection under the law?

It’s no wonder that some shrewd observers see long-term danger for the Democrats. One such is economic populist Matt Stoller, a former staffer for Sen. Bernie Sanders, the democratic socialist from Vermont; last year, Stoller tweeted: “The Democratic Party makes a lot more sense if you imagine its agenda as that of a corporate HR compliance department.”

The Democratic Party makes a lot more sense if you imagine its agenda as that of a corporate HR compliance department.

As everyone knows these days, many corporate human resource departments are citadels of wokenism, delighting in tracking skin-color and gender categories. Stoller is saying, in effect, that the Democratic Party would rather worry about racial and gender justice—as it defines those words—than worry about basic issues of economic, regional, and sectoral power.

And then there’s Glenn Greenwald, another man of the left, who tweeted earlier this year, reinforcing Stoller’s argument:

The Dems are a neoliberal party which serves Wall St & corporate power. They are overwhelmingly led by extremely rich people who serve these power centers. Touting diversity is how they try to hide that, and bad-faith bigotry accusations are how they punish those who report it.

We might pause over some of Greenwald’s words: “Touting diversity is how they try to hide”—hide, that is, their devotion to woke plutocratic masters. To put it another way, an extreme emphasis on woke diversity changes the subject from other concerns about the social contract, including jobs, wages, and working conditions.

So what should Republicans do in response? One strong answer comes from Sen. Tom Cotton of Arkansas, who on March 25 introduced legislation that would prohibit the U.S. military from teaching “critical race theory,” which is, of course, a subset of wokery.

Cotton’s bill is unlikely to become law any time soon. Even if a few moderate Democrats could somehow be persuaded to go along with it, thereby enabling it to pass in Congress, Biden would presumably use his veto.

And yet still, in raising this issue, Cotton has performed a genuine service. That is, the public will find out which side lawmakers are on. Are they with the race-and-gender-measuring wokesters? Or are they with the American ideal of color-blind equal opportunity?

Pelosi hints her trip to Taiwan is happening and China continues...