Roce Today – Politics, Opinions, Gun Rights,Pro-Life and Border Wall
Home Politics War in Ukraine:Here is how you can help the victims 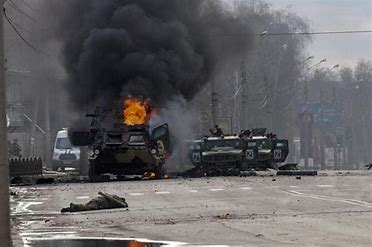 During the State of the Union address, Biden pledged support to the Ukrainian military and humanitarian and financial aid as Ukrainians fight against the Russian invasion into their country. That was expected. There won’t be American boots on the ground in Ukraine or in the air for a no-fly zone, but troops are positioned elsewhere to help. The war in Europe is a world war with international support for Ukrainians. The national sovereignty of Ukraine is at stake.

At the beginning of his address, Biden used the presence of the Ukrainian ambassador to the United States as a unifying moment as he acknowledged her presence, sitting next to Jill Biden.

Fewer than a dozen sentences into his speech, the president accused Russian leader Vladimir Putin of trying to “shake the foundation of the free world” by invading neighboring Ukraine last week. Putin “badly miscalculated,” Biden said.

“He thought he could roll into Ukraine and the world would roll over. Instead he met a wall of strength he never imagined. He met the Ukrainian people,” Biden said. The president then gestured toward Oksana Markarova, Kyiv’s envoy to Washington, who was in attendance as a guest of first lady Jill Biden.

“Let us, each of us, if you’re able to stand, stand and send an unmistakable signal to the world, and to Ukraine,” Biden said, prompting a sustained standing ovation from those gathered in the chamber, while the first lady embraced Markarova.

The president’s words seemed to be intended to show U.S. support for Ukraine and aimed at uniting Americans across a harshly partisan political landscape.

“Yes, we, the United States of America, stand with the Ukrainian people,” Biden said.

Members of Congress expressed their support by choosing to wear the colors of Ukraine – blue and yellow. Jill Biden had a sunflower, the national flower of Ukraine, embroidered on the sleeve of her blue dress. Earlier she wore a face mask decorated with a sunflower. Pelosi wore a pin with a combination of the Ukrainian and U.S. flags, though neither Kamala nor Biden did.

Today, I’m wearing the colors of the Ukrainian flag because #IStandWithUkraine.⁰⁰We must do everything we can to preserve our democracies from those that wish to hurt them. pic.twitter.com/ndPFrcOYMa

Fashion diplomacy was become popular in recent times. Melania Trump used it during official visits to foreign countries and state visits. Her white hat designed by Hervé Pierre and worn during a state visit by the Macrons stole the show. It was Melania’s nod to French designers. Jill Biden has a less successful record on the fashion front.

There is not much that ordinary Americans can do to help Ukrainians, though the urge to ask how we can help is strong. Americans are generous and compassionate freedom-loving people. There are places where donations are being accepted to deliver humanitarian assistance.

I have written about Project Dynamo several times. They are on the ground and helping Americans get out of Ukraine and into neighboring countries. The organization was founded by American military veterans and they would be grateful for donations.

Ukrainians have put together a list of credible organizations to which Americans can donate..

Ukrainians put together a list of resources on how foreigners can help. There are all reputable organizations doing good work. Spread far and wide:https://t.co/NeGElG48jZ

Come Back Alive had its donation page taken down by Patreon because it fundraises for Ukraine’s military but there is a way for donating from abroad. That can be found here.

Another way to donate to the Ukrainian military is here. Army SOS uses donated funds to help purchase supplies, including ammunition, shields, and food.

There are other organizations and individuals fundraising for medical supplies and essential goods.

Razom for Ukraine’s emergency response will use donations to purchase and deliver essential goods, translate important documents and sources, share vital information, and put volunteers on the ground. You can donate to its fundraiser here

United Help Ukraine says it is also working with other emergency response organisations to “prepare humanitarian aid to civilians that might be directly affected if Russian forces attack”.

The charity provides a PayPal link for donations on its Facebook page, which can be found here

Sunflower of Peace is a fundraiser created by Katya Malakhova and aims to prepare first aid medical backpacks for paramedics and doctors.

Each backpack has the potential to save “up to 10 lives”, the fundraiser says, including soldiers, civilians, volunteers and children. You can donate to Sunflower of Peace via its Facebook page here…

There’s always the Red Cross. In this case, the British Red Cross is taking donations Prime Minister Boris Johnson has stepped up and is sending military aid that Ukraine requests, pretty much on a daily basis.

The bravery, patriotism, and resilience of Ukrainians is awe-inspiring. Let’s hope they receive the support they need as this war continues.