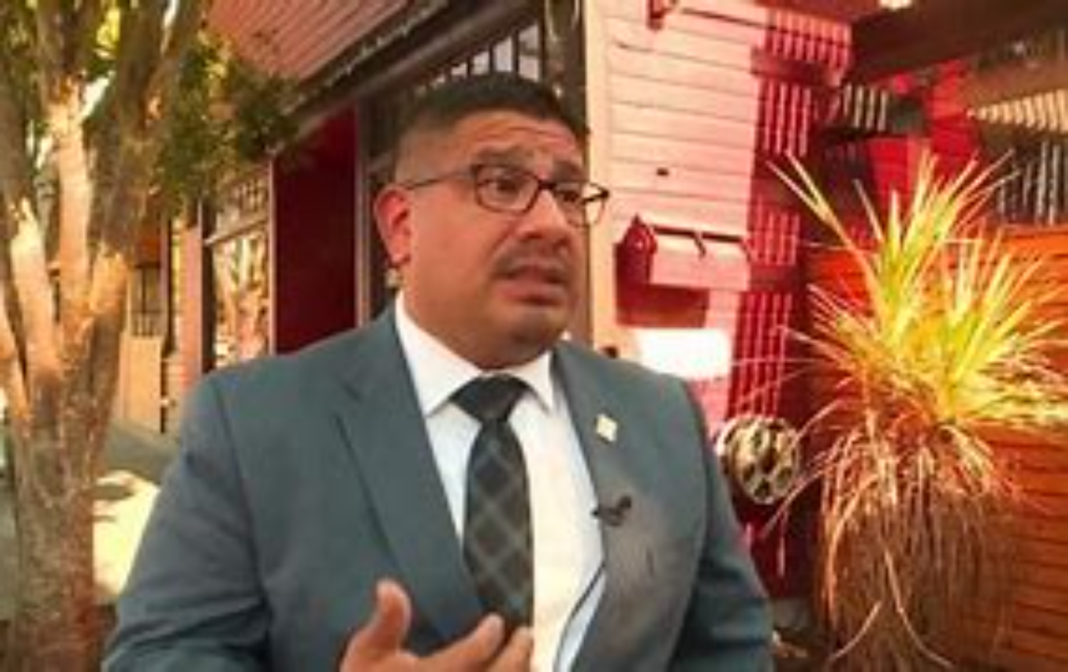 Mayor Jimmy Matta of Burien, Washington has ridiculously claimed to be the victim of a “hate crime” because of lightning bolts on a yard sign.

Matta made the claim on Friday over a yard sign advocating against progressive candidates, including him.

The sign urged people not to vote for Matta, Hugo Garcia, Sarah Moore and Marxist candidate Krystal Marx — and read “SEATTLE POLITICS ARE BAD FOR BURIEN.”

Matta told local station KIRO 7 that the lightning bolts were “Nazi symbols” being used to attack his, and the other candidates, identities.

“Burien is 54,000 residents. 42% people of color. 25% Latino. This community has changed. Some people may be fearful of it. They might not know what’s coming next and some people just don’t want that,” Matta said. “What’s the reason to call a person of color corrupt when you can’t substantiate it?”

The unhinged nut job said that he wants the person responsible prosecuted… for exercising their First Amendment rights.

“Is it because we’re bringing Donald Trump’s tactics back of ‘they send their worst, their rapists, their thieves to America?’” Matta added. “To me, that’s what it means. These tactics here today are uncalled for and I want this individual prosecuted because this is an attack on our democracy. Period.”

Moore also said she “felt really disturbed” by the imagery, adding, “it looked like hate symbolism.”

The mayor said that he will be contacting local law enforcement and the Department of Justice about people being mean to him and offered a $2,000 reward “for any information that can help Burien police arrest those responsible for the yard signs that opposed him,” according to the KIRO report. He is also demanding that the FBI open an investigation.

To make the situation even more comical, Matta held a “community vigil” to “heal the community” from “hate speech.”

This is not the first time that Matta has cried “hate crime.”

In 2018, Matta claimed that he had been physically and verbally assaulted by an older white man while attending a block party.

“I was physically assaulted, and verbally threatened by a male who was upset because Burien is a sanctuary city, and I am a Latino male mayor,” he wrote on Facebook.

Matta told The Seattle Times that his attacker “came around the back, took his arm, wrapped it around my neck and brought me down and started talking in my ear.” He said the man threatened his life and whispered, “We’re not going to let you Latino illegals take over our city.”