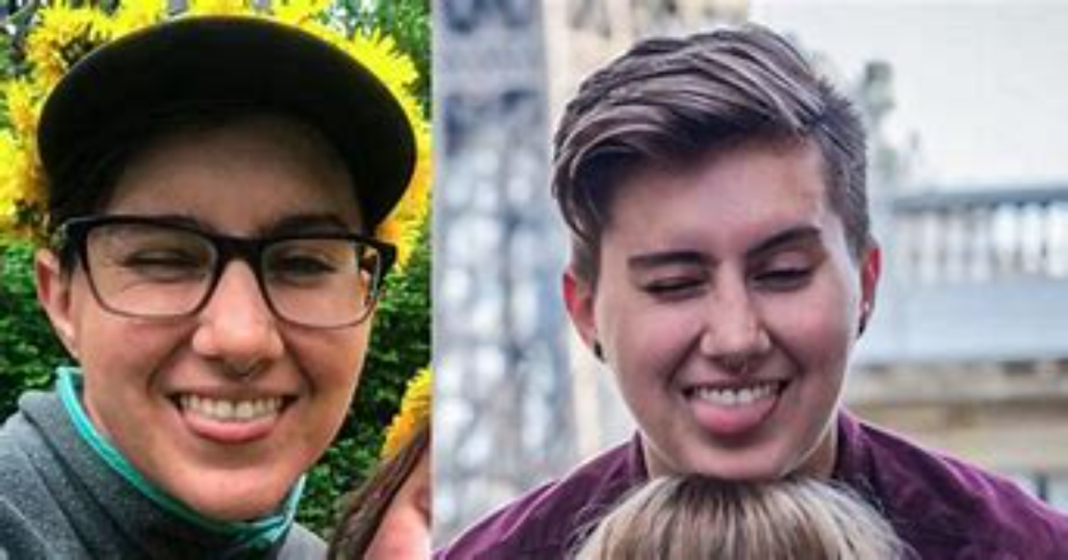 Last year I wrote about two far-left activists who had been caught tampering with train tracks near Bellingham, Washington. Samantha Frances Brooks, 24, and Ellen Brennan Reiche, 28, were caught placing what is called a shunt on the tracks. A shunt is basically just a piece of wire which is connected from one side of the track to the other. That action mimics the electrical signal that is generated when a train passes over the tracks and confuses the automatic control system which is designed to prevent trains from crashing into one another.

As I noted when the pair were caught, there had been more than 40 such shunts were placed on tracks nearly Bellingham last year. In one case a train carrying hazardous materials was fooled into automatically breaking (thinking there was another train up ahead). The breaking was so sudden that one of the couplings came apart and the train was separated into two parts. Authorities noted that this could have led to a derailment in a residential area. Fortunately, that didn’t happen.

While local authorities and a joint terrorism task force (JTTF) were trying to figure out who was responsible, someone wrote an anonymous letter to It’s Going Down, the pro-Antifa news site. That letter described placing shuts on tracks in Washington and encouraged others to do likewise to show solidarity with an indigenous protest that was taking place in Canada at the time. I wrote about the Canadian protests here.

In any case, Brooks and Ellen Brennan Reiche were caught last November by accident because they stepped in front of a game camera:

The camera transmitted a photo showing one person standing on the tracks and what looked like a second person crouched over the tracks. Deputies were sent to investigate and while they were headed to the location a Deputy Chief opened his laptop and witnesses a track signal appear and disappear at the location where the individuals had just been seen, as if someone were tampering with the tracks. At that point he contacted the JTTF task force.

When authorities arrived at the location, Brooks and Reiche tried to run for it but stopped after police identified themselves. They claimed they had lost their keys and were looking for them on the tracks. Asked if they had a flashlight or a phone to help them look, Reiche said she’d left her phone in her car nearby. Authorities looked at the car and took a photo of the “Indigenous Land” sticker above on the bumper (see above). Remember, these track shunt actions were originally done in solidarity with indigenous protesters in Canada.

Police found a shunt on the tracks in exactly the location where the photo had been triggered earlier and Reiche was holding a paper bag that contained rubber gloves, a Makita drill with a wire brush attachment and some insulated wire “similar to what had been used in previous shunting incidents.” Authorities noted that in previous incidents the tracks had been scuffed with something like a wire brush to ensure a solid connection to the wire.

They were caught red handed. Brooks pleaded guilty on July 9 of this year and Reiche, who was a former field organizer for Washington state Democrats, was tried and found guilty by a jury last week:

A 28-year-old Bellingham, Washington woman was convicted today in U.S. District Court in Seattle of violence against a railroad carrier, announced Acting U.S. Attorney Tessa M. Gorman. Ellen Brennan Reiche, was one of two people arrested on the BNSF Railway tracks near Bellingham, near midnight on November 28, 2020. Reiche was convicted of placing a ‘shunt’ – a device that interferes with train signals – on the tracks. The jury deliberated about three hours following the two-day trial. Reiche faces up to 20 years in prison when sentenced by Chief U.S. District Judge Ricardo S. Martinez on December 17, 2021…

In her closing argument, Assistant United States Attorney Sok Jiang told the jury, Reiche “disrupted the signal system designed to stop trains from crashing into each other or crashing into cars…. A car driving through the intersection (near the shunt) would not have warning that a train was coming.”

Brooks will be sentenced next month and is also facing up to 20 years, though I assume because she pleaded guilty her sentence will be lighter than Reiche’s.