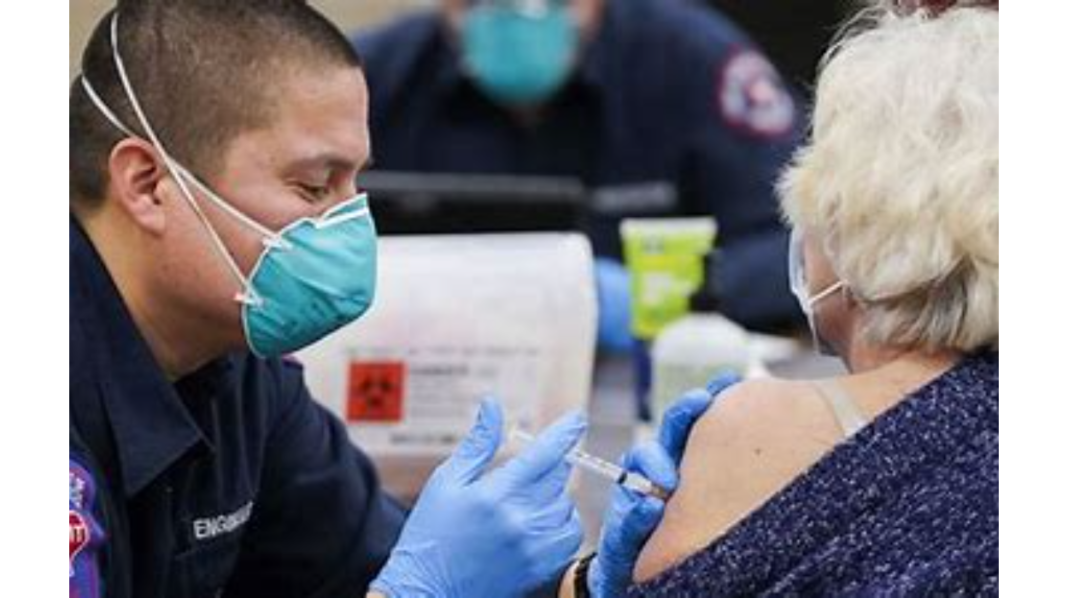 This reminds me of Trump grumbling last year that the U.S. had so many cases only because it insisted on doing so much testing, the implication being that it was foolish to do such a thing and we’d be better off not knowing.

Or that he’d be better off, at least. High case counts of a deadly virus are unhelpful for a president running for reelection.

I’m of two minds regarding what Dr. Joseph Ladapo says below about the feds’ “testing psychology.” On the one hand, it’s true that the value of testing has diminished during the spread of an ultra-contagious variant which seemingly everyone currently has or is about to get. On the other hand, Ladapo was appointed for essentially political reasons, which makes all of his COVID recommendations suspect to me. He’s not an infectious disease specialist and he’s prone to saying nutty things about vaccines like, “There is nothing special about them compared to any other preventative measure.” His chief distinction with respect to the pandemic until he landed his new job was touting hydroxychloroquine as a COVID treatment last year. I think DeSantis recruited him because Ladapo’s medical perspective happens to dovetail with what the 2024 primary electorate wants to hear for political reasons. He’s Florida’s Scott Atlas.

Which is not to say he’s totally wrong here.

As Omicron surges, Florida Surgeon General Joseph Ladapo says the state is working to “unwind” the COVID “testing psychology” that the federal government has prioritized. pic.twitter.com/cju0o1uVJm

To be clear, he’s not suggesting that no one get tested. According to local media, he wants a more targeted testing approach:

Florida Surgeon General Dr. Joseph Ladapo joined DeSantis during the briefing Monday to speak on a new testing philosophy the state will begin implementing during a time when people have been flooding testing sites, leading to long lines.

Ladapo said this wouldn’t be a restriction on testing but rather a new emphasis on “high-value” testing versus “low-value” testing. Ladapo explained this would give priority to tests that would “likely change outcomes” based on a positive or negative result.

Ladapo used the example of an elderly grandmother given more testing consideration over an 8-year-old 3rd grader. Ladapo said more detailed guidance would be coming soon.

At a moment when the demand for tests is huge and supply is limited, it makes sense to prioritize the most vulnerable. But will the new policy last only until the supply crunch eases? Or will this turn into a new policy in which only the vulnerable are encouraged to get tested, which could have the convenient effect of reducing case counts in Florida relative to states where testing is happening more comprehensively? Because that would be a little Trumpier in its attitude about testing, and in line with the populist drift towards believing that literally any precaution against COVID — business restrictions, vaccines, masks, now tests — is unjustifiable overkill. Ladapo’s jab at “our federal leadership” makes it seem like there’s more to the new policy than just easing a temporary supply constraint.

Some experts are mortified by his approach:

EARLY treatment is only possible if we test and diagnose early. Else our treatments are useless.

A test is not some conspiracy – it is how we see the virus! https://t.co/hXfE4W9DeO

This is completely backwards.

Florida Surgeon General says we need to stop testing and get back to our lives.

In fact, with ubiquitous testing, we can keep infections low and safely get back to our lives. https://t.co/CCto1OhiiH

Good point by Jha but much depends on the word “ubiquitous.” If every American had a test every day then, sure, we would be able to cut transmission dramatically. If you test positive before leaving home one morning, you stay home until you test negative again. But we’re never going to reach a point where everyone can be tested every day. Even if we had that kind of supply, many millions of people wouldn’t bother using the tests. I’ve made this point before but it bears repeating: For all the hype about how widely available cheap rapid tests are in the UK, they don’t seem to have crushed the curve there.

Why would we fare any better than the Brits have?

Likewise, it seems almost silly to test people who are already symptomatic with a variant as scarily contagious as Omicron circulating. The virus is so ubiquitous right now that if you wake up with a sore throat, fever, and muscle aches, you might as well assume that you have it and isolate accordingly. The positivity rates are bananas:

Omicron is insanely contagious my friends. Yesterday in our clinical labs we had almost 1800 COVID-19+ PCRs with a 54.9% positivity rate. We are performing so many PCRs that there are not enough lab techs to do the testing & they reaching out for help from other labs.

In new letter sent to Hill offices, Attending Physician Brian Monahan says more than 13% of those tested at Capitol every day have Covid.

If anything, people who don’t have symptoms should be prioritized for testing since they may have been very recently infected without realizing it and in the process of spreading the virus around. A positive test would prevent them from doing so. But if we’re going to test only asymptomatic or pre-symptomatic people, we’d need a lot — a lot — of tests.

In short, with a bug as omnipresent as Omicron, it’s pointless to test the symptomatic and infeasible to test the non-symptomatic. In that sense, Ladapo is right about the futility of “testing psychology.” But his scheme isn’t ideal either: If we’re testing only vulnerable people, like the elderly, instead of also testing the people around them then we’re not doing anything to prevent the elderly from being infected. All we’re doing is hopefully catching their infection early, after it’s already happened. That’s useful, since early treatment boosts the odds of recovery (especially now that Pfizer’s miracle pill is now available), but the ultimate goal of widespread testing is to prevent transmission to begin with.

One last point. The more the GOP adopts Ladapo’s view by condemning Washington’s “testing mentality,” the tricker it gets to blame Biden for his failure to scale up manufacturing of tests. That’s a serious dereliction of duty by Team Joe, one they were warned about months ago by experts and blundered into anyway. But if, per Ladapo, all we really need is “high-value testing” for the elderly and vulnerable then the White House should be able to swing that. What appeared to have been a serious failure wasn’t such a disaster after all, perhaps.

If Biden called on Americans to consider not getting tested unless they’re part of a special at-risk group, Republicans would lambaste him for wanting to artificially depress case counts instead of trying to cut down transmission. Yet all he’d be doing is applying Ladapo’s approach on a national scale.

I’ll leave you with Scott Gottlieb offering some words of warning about another aspect of pandemic mitigation that’s become less useful amid a wave of a hyper-contagious variant.

At this stage of the pandemic, cloth masks don’t provide much protection against COVID-19, according to @ScottGottliebMD. pic.twitter.com/pvX5McVnzX

FBI Agents Had Sex with Prostitutes While on Overseas Assignment

Gaza conflict has caused businesses over $400 million in damage