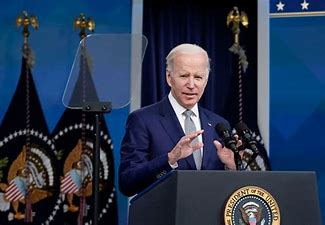 It was like Joe Biden woke up one day and decided to go after MAGA.

Suddenly, Joe was talking about the extremist group “Ultra MAGA” and calling President Trump the “MAGA KING” and blaming “MAGA” for all of his miserable failures.

It definitely felt “coordinated” and “staged,” like everything else Joe Biden does… Nothing is organic or natural.

Daily Wire reported that a new report from The Washington Post casts doubt on that claim as it revealed that the nickname was actually the result of a six-month research project conducted by a progressive group in Washington, D.C., as well as a public relations adviser who allegedly assisted convicted rapist Harvey Weinstein prior to his trial.

“Biden’s attempt to appropriate the ‘MAGA’ brand as a political attack was hardly accidental,” The Washington Post reported on Friday. “It arose from a six-month research project to find the best way to target Republicans, helmed by Biden adviser Anita Dunn and by the Center for American Progress Action Fund, a liberal group.”

Dunn worked for the Biden administration until August of last year. She was recently re-hired by the administration. Now, it appears that during her time away from the executive office, she was in part working on this research study to craft the best way to smear Republicans.

In 2017, she reportedly helped the disgraced Hollywood mogul Weinstein conduct damage control after it was revealed he had illegally used his immense position to pressure Hollywood actresses to perform sexual favors in exchange for movie roles. He was convicted of rape after six women came forward against him.

The extent to which she helped him during that time remains unclear, but her previous employer confirmed that a friend had asked Dunn to speak with Weinstein.

Additionally, the Center for American Progress Action Fund assisted in the research project to zero in on Biden’s new talking points.

“All of that extremism gets captured in that brand,” Navin Nayak, president and executive director of CAP Action Fund, said of the term. “We are not trying to create a new word. This is how they define themselves.”

“The polling and focus group research by Hart Research and the Global Strategy Group found that ‘MAGA’ was already viewed negatively by voters — more negatively than other phrases like ‘Trump Republicans,’” the Post reported.

It was not reported how much capital was spent on this effort, but it might have been a giant waste of money. Many Republicans have already embraced the nickname, including President Donald Trump, whom Biden called “the Great MAGA King.”

Regardless of its impact, this story means that when Biden recently said that “this MAGA crowd is really the most extreme political organization that’s existed in American history, in recent American history,” he likely made that claim in part out of a focus-group-tested poll that said the best way to get liberals to view their fellow Americans in a negative light is to call them “MAGA.”

This is one of the dumbest PR moves I’ve ever heard of, and if Joe paid these people any money, he should demand a refund immediately.

It’s a big stretch to call MAGA the most “extreme” political movement in the US when all of us just sat here and watched BLM burn the country down for 3 months, and masked Antifa goons destroy businesses and bully innocent Americans.

This, like everything else Joe touches, will backfire and turn to sh*t.

People leaving prison have a hard time getting jobs. The pandemic...