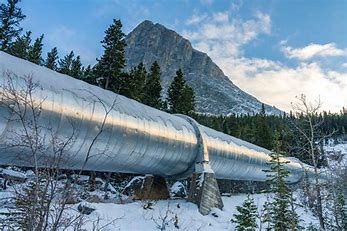 As you likely recall, one order from the flurry of executive mandates that Joe Biden issued immediately upon taking office was the cancellation of construction on the Keystone XL pipeline. No big deal, right? I mean, who needed that crazy pipeline? Well, as it turns out… we did. As the country recovered from the shutdowns and commercial vehicular traffic started growing back toward pre-pandemic levels, the oil and gas industry kicked back into gear as demand increased. But under the new White House policies, supply hasn’t been able to keep up with demand and that situation inevitably leads to two predictable results. First, gas prices began steadily climbing and they are now at levels not seen in many years. The other result is that we’ve had to start importing more oil to keep up with the needs of the refineries. And one of the suppliers benefitting the most from this emerging market is none other than Russia. What could possibly go wrong? (Energy Now)

One year since President Joe Biden canceled approval for the Keystone XL pipeline from Canada, and the United States’ thirst for oil is as strong as ever and rising.

U.S. oil imports from Saudi Arabia and Russia have increased, and gasoline prices are higher than they have been in the last five years.

“The Keystone XL pipeline would have provided good-paying union jobs to American workers while delivering affordable, reliable energy to American consumers from a close U.S. ally.”

A chart from the U.S. Energy Information Administration tells the tale in plain figures. This table tracks our import levels for oil and other liquid energy products. Our number one supplier by a wide margin remains Canada, thankfully. But even with their vast resources, they can’t keep up with our shifting levels of demand now. Our imports from Saudi Arabia – our largest OPEC partner – more than doubled between December of 2020 and October of 2021. Meanwhile, our imports from Russia more than tripled from February of 2019 through September of 2021

Biden has repeatedly asked both Russia and Saudi Arabia to increase production to reduce costs. They’ve both consistently ignored him.

And in case you may have forgotten, we’re in the middle of an ongoing food fight with the Russians right now over Ukraine and Joe Biden continues to threaten Russia with “massive crippling sanctions.” Do you really think Putin is in the mood to boost production and exports to us, cutting his own profits in the process, while all of that is going on? Biden would like to improve his approval ratings a bit by bringing gas prices back down, but I highly doubt that Moscow feels like tossing him any bones at the moment. And if things in Ukraine wind up going completely pear-shaped, he could cut us off entirely.

Less than two years ago, America had become the dominant oil and gas producer on the planet, with much of the credit going to our partnership with Canada. Gas prices dropped to the lowest levels in a generation and stayed there. We were a net energy exporter for the first time in our history. Now, after barely one year under the new administration, we are once again going to some of our adversaries with our hats in our hands and asking for more oil. At the same time, we’re sticking a knife in Canada’s back. To try to write this off as some sort of coincidence that isn’t a result of Joe Biden’s energy policies is a fool’s errand.

Bipartisan support for Israel in the United States was harmed by...