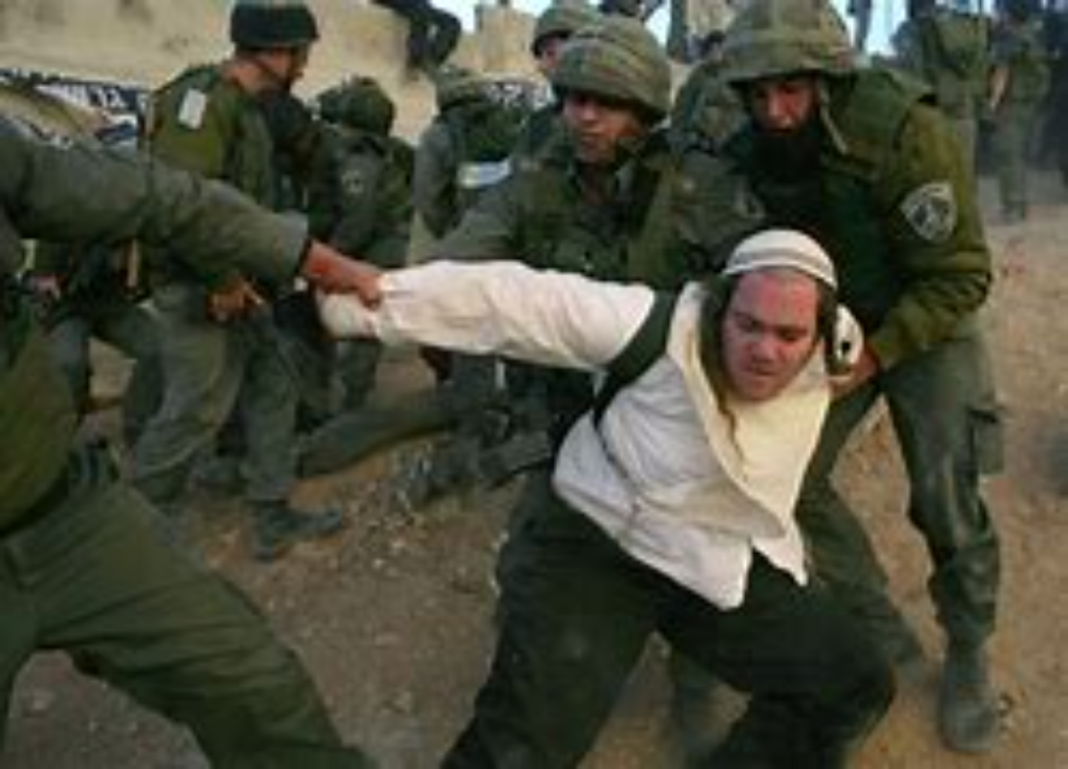 Extremist settler youths clashed with security forces near a flashpoint settlement in the northern West Bank on Monday night, causing injuries to at least one Border Police officer, according to a law enforcement spokesman.

Border Police troops had been attempting to dismantle a tent built inside a closed military zone near the settlement of Yitzhar, when they were attacked by the group, who hurled stones and buckets of paint toward them.

As a result of the rock attack, one officer was lightly hurt by glass shrapnel. He was taken for examination by a military doctor, police said.

Separately, security forces found metal rods on the route outside of the military zone, which police said were to be used to sabotage police vehicles.

Police said three vehicles were damaged in the attack, and that officers had responded with riot control means.

No arrests were immediately made.

A Border Police vehicle is seen with a smashed window after it was attacked with stones, near Yitzhar in the West Bank, October 11, 2021. (Israel Police)

“There is no difference between militias of Jewish hooligans that attack and wound Border Police officers in Yitzhar, and Arab ones that attack in Kafr Qasim,” Public Security Minister Omer Barlev said in a statement on Monday, referring to an incident where three private security guards from the Arab Israeli town assaulted officers earlier this month.

“In Yitzhar, those settlers who think they are allowed to challenge the governance of Israel and raise a hand against its uniformed men, must also be handled with uncompromising determination,” Barlev added.

Yitzhar and the surrounding illegal outposts have been the scene of frequent clashes between security forces and settlers.

The closed military zone was put in place two years ago, following a string of violent attacks on Palestinians and police perpetrated by a number of young settlers from the area.