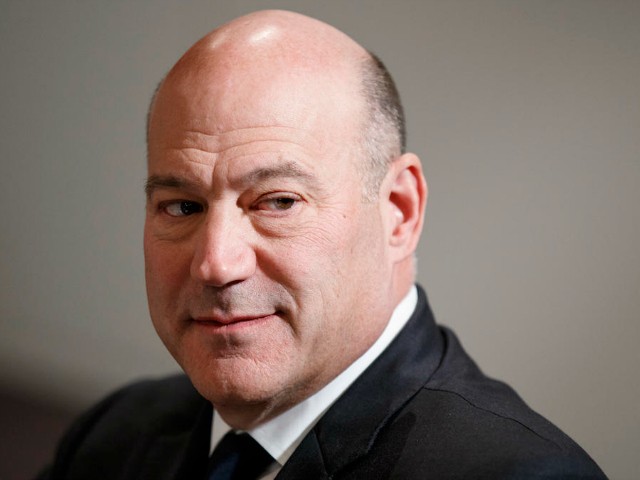 “This Week: 200 Economists, Gary Cohn, Republican Kathy Maness, and the American People Agreed: The American Jobs Plan Is Both Sensible and Necessary” the subject line from a White House email sent out to reporters on Friday read.

But Cohn has not endorsed President Biden’s plan.

The White House included in the email a link to a portion of a Yahoo Finance interview with Cohn in June 2020 while Trump was still President of the United States.

GARY COHN: So Adam, on the corporate tax rate, you know, I’m actually OK at 28 percent. The level we got to in our tax plan on the corporate side was actually a bit lower than I thought we needed to go. We had come down from 35%. Getting down in the low 20s was probably lower than what we needed to go. I always thought there was a compromise rate sort of in the mid 20s that made sense.

But I also will remind people that if you look at our tax bill, it was the Tax and Jobs Act. And one of the reasons that we cut the corporate tax rate in the United States was to create jobs and redomicile business in the United States and made the United States competitive from a tax standpoint. If we go to 28 percent, that’s probably the top end of the range that we can go to and be competitive with the rest of the world. It’s at the outer bounds of my limit of acceptability. I could live with 28 percent.

Cohn acknowledged during the the interview that the “big corporate groups” would likely be fine with a 28 percent tax rate, but noted the priority for the Trump administration was to boost jobs and make America more competitive.

So ultimately, the reason we lowered tax rates, corporate tax rates, was to bring jobs back to the United States. And if you look at that back at the beginning of the year, we had a record low unemployment rate. We were creating jobs. So I don’t want to derail that.

In October, Cohn was again asked in an interview with Yahoo Finance about the corporate tax rate.

Cohn again said he was still OK with the idea of a 28 percent tax rate but warned it would make the United States less competitive with other countries and he cautioned that raising the rates would sacrifice job creation in smaller businesses.

He added the (CARES) coronavirus stimulus package signed by Trump allowed companies to again expense travel and entertainment, which was a benefit for businesses.

“So the first thing I care about is jobs,” he said. “And really, when you talk about jobs, you’re talking about small businesses.”

Cohn has not responded to the Biden White House using his comments to support the president’s massive tax hikes to pay for his $2.5 trillion spending package.

Greyhound settle for $2.2 Million To End A Lawsuit over warrantless...