Home Politics What does BLM stand for? 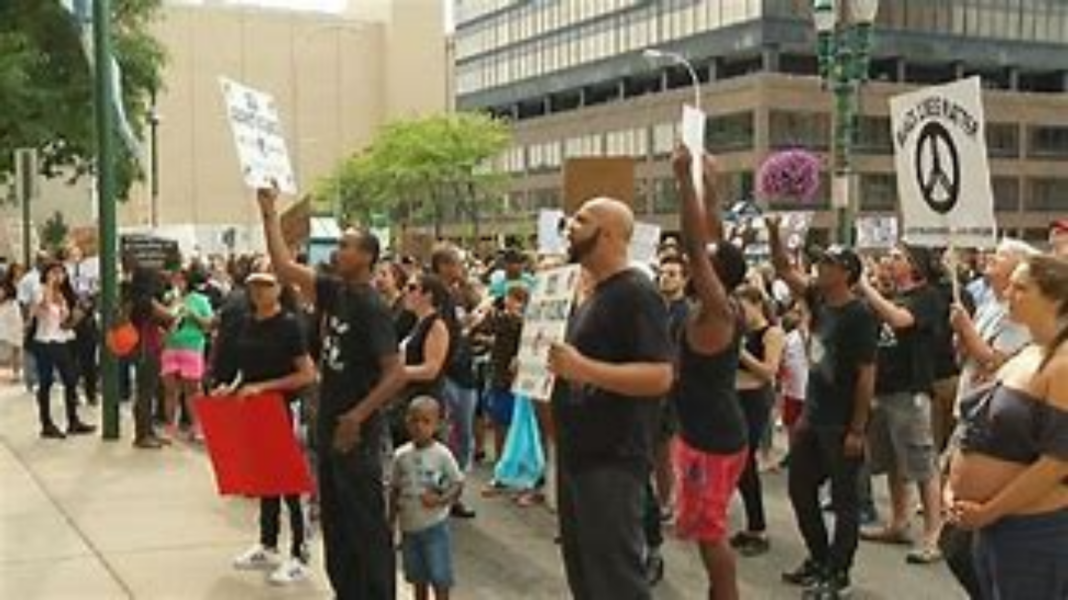 There was a significant surge in violent crime last year, particularly shootings. Some researchers who study crime have attributed that increase to the pandemic. The theory goes that people were emotionally on edge because of the virus and the associated lockdowns, plus they had lost jobs and were stressed about being out of work. As a result crime went up.

There may be some truth to that but the precise timing of the sharp rise in violent crime suggests an alternative theory or at least a supplemental one: Violent crime spiked after the death of George Floyd, just as BLM protests spread across the country. Yesterday Andrew Sullivan walked through the evidence that’s the case:

So what is causing it? Prime among the explanations is Covid19. But this makes little sense. Lockdowns tend to depress crime, not exacerbate it. And globally, violent crime did indeed collapse, as streets emptied and public interaction declined. Murder rates were stable or fell all over the world. El Salvador, for example, regarded as one of the most violent countries on earth, saw a 20-year low in homicides. Our closest neighbors, Canada and Mexico, effectively trod water — with Canada up a few and Mexico down a few homicides over 2019. The US? A huge spike in murders — unique in the world. And the timing doesn’t quite work for Covid as the cause either: homicides surged last summer, long after Covid first hit and lockdown was first imposed.

He notes that poverty caused by lost jobs is often cited but property crimes were down sharply last year. Some have pointed specifically at efforts to defund the police but only a few cities did that and several of those have walked it back since. Shootings and murders went up in cities that never tried to defund the police. Ultimately, you can’t ignore the very specific timing of the crime surge. It happened in late May:

The National Commission on Covid19 and Criminal Justice report shows what University of Utah researcher Paul Cassell calls a “structural break” in the data timed exactly to the murder of George Floyd and the subsequent wave of mostly peaceful protests and subsequent looting, rioting and violence that raged across many cities. Before Floyd, no big increase in homicides, aggravated assaults, and shootings. After, a huge spike.

Paul Cassell’s report contains this graph of the number of shootings in Minneapolis. The timing seems pretty self-evident.

After George Floyd’s death, the valleys on that graph are higher than most of the peaks before his death.

Many have pointed out that the majority of BLM marches were peaceful and that appears to be true in the sense that more than 90% of marches didn’t result in violence, vandalism or arson. Still, the six or seven percent of protests that weren’t peaceful (Minneapolis, Kenosha, Seattle, Portland, New York City) probably caused more damage and destruction than the Rodney King riots. But there’s no doubt there was a change in tone toward police nationwide. The efforts to defund the police didn’t always succeed but they were widely heard. And even the peaceful marches often contained anti-police sentiment. The anti-police sentiment was so thick last summer that people were demanding a children’s TV show get rid of a cartoon cop on Paw Patrol on the grounds that police shouldn’t be admired by children.

One result, which we covered extensively, was police officers retiring or resigning in many cities.

But the increase in crime isn’t just the result of having fewer officers on the street. In some cities, it was the cops who were on the front line trying to reduce gang shootings, who were specifically defunded by their cities. The overall message was clear: Fewer cops or barring that fewer interactions with cops and it seems the police listened. And that leads Sullivan to this conclusion: Last summer the Ferguson Effect went nationwide. And while this has resulted in far more violence and crime it has also given the protesters what they want to some degree:

And that brings us to the question about whether or not this is a trade-off. In other words:

what if the final legacy of Black Lives Matter is that it actually succeeds in its core goal, and that in the future, far fewer African-Americans are shot by the cops. And what if the price of this symbolic victory is, in fact, a huge increase in the numbers of innocent black lives lost to civilian murder?

Sullivan isn’t the first person to raise this question. In April, Vox published the results of an academic study which found BLM marches up through 2019 were associated with a 15-20% decline in fatal shootings by police but also with a subsequent 10% increase in murders.

From 2014 to 2019, Campbell tracked more than 1,600 BLM protests across the country, largely in bigger cities, with nearly 350,000 protesters. His main finding is a 15 to 20 percent reduction in lethal use of force by police officers — roughly 300 fewer police homicides — in census places that saw BLM protests.

Campbell’s research also indicates that these protests correlate with a 10 percent increase in murders in the areas that saw BLM protests. That means from 2014 to 2019, there were somewhere between 1,000 and 6,000 more homicides than would have been expected if places with protests were on the same trend as places that did not have protests. Campbell’s research does not include the effects of last summer’s historic wave of protests because researchers do not yet have all the relevant data…

That research suggested that murder rates returned to normal after about four years. Of course, in the interim dozens or hundreds of people have been killed.

This kind of research often takes years to sort out. There will no doubt be other studies contradicting these conclusions. But we’re stuck with the unpleasant realities of the present moment, i.e. shootings and homicides are up and police are on the back foot. So in this moment, we have to decide what to do. Will Democrats, who have embraced BLM continue to push for defunding the police or will they back off given the apparent results? Just how much social justice reform are Americans willing to tolerate if the cost is significantly more violent street crime? That’s a question that even some on the left think progressives should consider carefully.