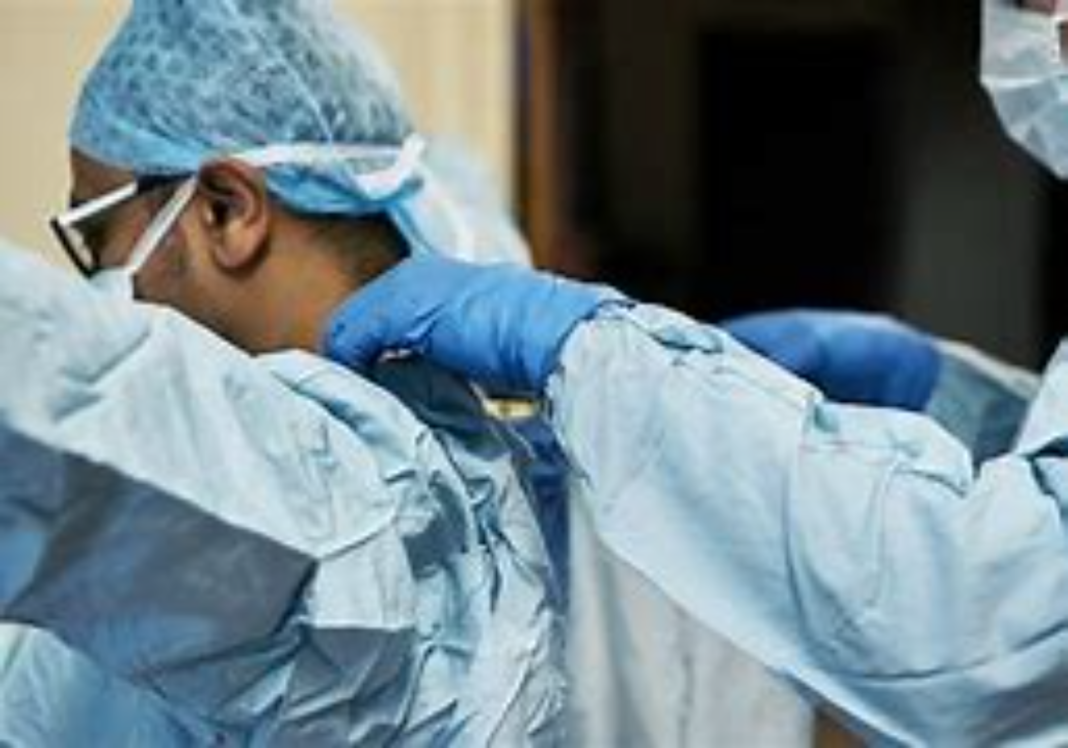 As everyone familiar with media operations is well aware, late Friday afternoon is the best time to release new information intended to attract minimal attention. A perfect example of this came a couple of days ago in the distribution of America’s newly declassified intelligence report on the origins of Covid.

Back in August, a sudden media frenzy on the possible lab origins of the virus that had killed so many hundreds of thousands of Americans pressured the Biden Administration into tasking our 17 separate intelligence agencies with determining the origins of the disease. But their comprehensive “We Don’t Know!” was hardly the answer long sought by the American public, nor the best justification for their many tens of billions of dollars in annual funding.

So for obvious reasons, the intent was to slip the results into the public arena with as little notice as possible, and this was largely achieved, with the short resulting articles in the New York Times and the Wall Street Journal buried deep on the inside pages, with correspondingly little attention from the rest of the global media as well.

But for those who bothered to read past the headlines, the government report was a mixture of sensible conclusions and understandable silence. The total number of America’s proliferating intelligence agencies is now approaching a score, and although they disagreed on numerous issues, there were some points of unanimity. Among other things, they claimed that the structure of the virus provided no evidence that it had been bioengineered, while greatly softening that seemingly important conclusion by noting that modern bioengineering techniques are extremely difficult to detect.

Over the last year, various pro-China partisans sometimes supported by China’s own media organs have highlighted scientific studies around the world that seemingly found traces of Covid infections in other countries long before the original outbreak in Wuhan, suggesting that the outbreak originally began elsewhere. But because of various technical flaws and methodological uncertainties, the report found this evidence quite doubtful, a conclusion very similar to my own.

The report repeats the standard view that original outbreak began no later than November 2019, and a much more significant conclusion became the headline in the WSJ‘s print edition: “Report Says China Lab Was Likely Unaware of Virus Pre-Outbreak.”

For more than a year, individuals aligned with former Trump CIA Director and Secretary of State Mike Pompeo have repeatedly claimed that secret intelligence information existed demonstrating that the Wuhan outbreak may have reached large-scale proportions or at least come to the attention of Chinese officials long before the generally accepted late December date. However, no such material is mentioned anywhere in this report, indicating that it doesn’t exist. Instead, our 17 intelligence agencies seem to strongly support the current timeline, agreeing that the Wuhan lab and the Chinese government probably first became aware of the new disease when the number of infections grew substantial, near the very end of the 2019 calendar year.

Given the natural political constraints upon these professional American intelligence analysts, I think their product was the best that could be expected under the circumstances. For obvious reasons, they completely excluded any discussion of some of the striking anomalies that have been a major focus of my own analysis over the last 18 months, an analysis that very strongly suggests that the Covid outbreak was the result of an American biowarfare attack against China (and Iran), probably carried out by rogue elements of our national security establishment.

The following few excerpted paragraphs summarize some of the most telling facts underlying that remarkable conclusion:

From the earliest days of the administration, leading Trump officials had regarded China as America’s most formidable geopolitical adversary, and orchestrated a policy of confrontation. Then from January to August 2019, Kadlec’s department ran the “Crimson Contagion” simulation exercise, involving the hypothetical outbreak of a dangerous respiratory viral disease in China, which eventually spreads into the United States, with the participants focusing on the necessary measures to control it in this country. As one of America’s foremost biowarfare experts, Kadlec had emphasized the unique effectiveness of bioweapons as far back as the late 1990s and we must commend him for his considerable prescience in having organized a major viral epidemic exercise in 2019 that was so remarkably similar to what actually began in the real world just a few months later.

With leading Trump officials greatly enamored of biowarfare, fiercely hostile to China, and running large-scale 2019 simulations on the consequences of a mysterious viral outbreak in that country, it seems entirely unreasonable to completely disregard the possibility that such extremely reckless plans may have been privately discussed and eventually implemented, though probably without presidential authorization.

But with the horrific consequences of our own later governmental inaction being obvious, elements within our intelligence agencies have sought to demonstrate that they were not the ones asleep at the switch. Earlier this month, an ABC News story cited four separate government sources to reveal that as far back as late November, a special medical intelligence unit within our Defense Intelligence Agency had produced a report warning that an out-of-control disease epidemic was occurring in the Wuhan area of China, and widely distributed that document throughout the top ranks of our government, warning that steps should be taken to protect US forces based in Asia. After the story aired, a Pentagon spokesman officially denied the existence of that November report, while various other top level government and intelligence officials refused to comment. But a few days later, Israeli television mentioned that in November American intelligence had indeed shared such a report on the Wuhan disease outbreak with its NATO and Israeli allies, thus seeming to independently confirm the complete accuracy of the original ABC News story and its several government sources.

It therefore appears that elements of the Defense Intelligence Agency were aware of the deadly viral outbreak in Wuhan more than a month before any officials in the Chinese government itself. Unless our intelligence agencies have pioneered the technology of precognition, I think this may have happened for the same reason that arsonists have the earliest knowledge of future fires.

According to these multiply-sourced mainstream media accounts, by “the second week of November” our Defense Intelligence Agency was already preparing a secret report warning of a “cataclysmic” disease outbreak taking place in Wuhan. Yet at that point, probably no more than a couple of dozen individuals had been infected in that city of 11 million, with few of those yet having any serious symptoms. The implications are rather obvious. Furthermore:

As the coronavirus gradually began to spread beyond China’s own borders, another development occurred that greatly multiplied my suspicions. Most of these early cases had occurred exactly where one might expect, among the East Asian countries bordering China. But by late February Iran had become the second epicenter of the global outbreak. Even more surprisingly, its political elites had been especially hard-hit, with a full 10% of the entire Iranian parliament soon infected and at least a dozen of its officials and politicians dying of the disease, including some who were quite senior. Indeed, Neocon activists on Twitter began gleefully noting that their hatred Iranian enemies were now dropping like flies.

Let us consider the implications of these facts. Across the entire world the only political elites that have yet suffered any significant human losses have been those of Iran, and they died at a very early stage, before significant outbreaks had even occurred almost anywhere else in the world outside China. Thus, we have America assassinating Iran’s top military commander on Jan. 2nd and then just a few weeks later large portions of the Iranian ruling elites became infected by a mysterious and deadly new virus, with many of them soon dying as a consequence. Could any rational individual possibly regard this as a mere coincidence?

These few hundred words merely provide a taste of the underlying evidence contained within my long series of articles published since April 2020.

With only scattered exceptions here and there, this analysis has remained almost entirely unmentionable anywhere on the Internet, but hardly unread, given that these pieces have now received nearly 400,000 total pageviews on this website alone, along with many more on those other websites that have chosen to republish them.

Moreover, the longest and most substantive pieces in the series, now updated to total nearly 50,000 words, have also been conveniently collected into an ebook, available in both EPub and Mobi/Kindle formats, which has now been downloaded some 5,000 times.

These articles, along with the many other pieces in my broader American Pravda series are also subsumed in that eBook collection, which has been downloaded an additional 3,000 times.

I think this material constitutes a very useful supplement to the official report of our own national intelligence agencies, based entirely upon publicly available information and developed at a cost far below the tens of billions of dollars in their annual operating budgets.

Blue Lives Matter: Cops Are Leaving Their Departments In Droves because...

Britain has become the latest country to ban Binance, the cryptocurrency...