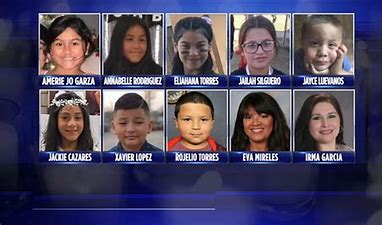 Salvador Ramos’s evil rampage in Uvalde, Texas has had the inevitable consequence: it was politicized within minutes by Democrats calling for more gun control. Michael Moore, at least, was honest. He said the Second Amendment should be repealed. That, one suspects, is what many Democrats want, but most aren’t bold enough to say it. Instead, they beat around the bush, like Joe Biden who blamed the Uvalde murders on the “gun lobby” and fumed: “When in God’s name will we do what we all know in our gut needs to be done?” What, exactly, is that, Joe? He didn’t say.

So mass school shootings are rare, a total of 14 incidents in more than 22 years. In a nation of 320 million, many more people die from bee stings, lighting strikes, and so on; yet, for understandable reasons, school shootings command national attention. But their very rarity makes it hard to know what to do about them, especially since most school shooters expect to die, which makes them more or less impossible to deter. How do you prevent something that happens, in crude terms, once every 480 million man-years?

The “solutions” proposed by Democrats are laughable, obviously intended for political gain rather than practical benefit. Banning “assault rifles,” while likely unconstitutional, would do zero good. In close quarters, handguns are better than rifles, even short-barreled rifles like AR-15s. In the worst school shooting rampage so far, at Virginia Tech, the murderer used handguns. And when the ill-fated ban on “assault weapons” expired in 2004, the homicide rate went down, not up.

But there are things we can do. Would-be mass murderers may be crazy, but they aren’t stupid. They nearly always strike in gun-free zones, including schools, because they want to be sure they are the only one with a firearm. Gun-free zones are an idiotic concept and should be abolished. And if every public school in America fired a diversity consultant and hired an armed guard, they would be vastly safer. Who stands in the way of such practical reform? Mostly the teachers’ unions, which bitterly resist improvements in school security, thus selling out, as they consistently do, the interests of American children.

Beyond that, it would help greatly if our media would stop publicizing mass school shootings. Why do young men who are willing to die undertake to kill innocent school children? Because they are inconsequential and want to be famous. Our press invariably grants their wish with massive publicity. Worst of all is when the murderer pens a “manifesto” laying out his childish and incoherent political views. That, too, always gets infinitely more attention than it deserves and encourages future mass murderers.

Liberals are eager to violate the Second Amendment in the futile hope that it will somehow stop school shootings. But if we don’t care about the Constitution, a ban on reporting of school shootings would do vastly more good and would be no less unconstitutional.

Finally, let’s not have any more shutdowns. As I wrote here, the number of “active shooters” increased in 2020 after being flat for a number of years, and exploded in Joe Biden’s first year in office:

The only plausible explanation for this increase is that covid-related shutdowns of schools and businesses exacerbated mental health issues in vulnerable young people. There is a great deal of data confirming such an effect, and in the extreme case, shutdowns evidently have have led to a dramatic increase in “active shooters.” Let’s not make that foolish mistake again.

Those solutions aren’t perfect, but they are practical and would reduce the already microscopically-low incidence of mass school shootings.

Hispanic & Republicans: A Word of Caution on the ‘Realignment’