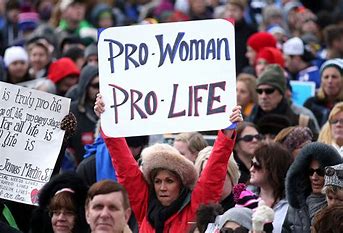 Do you remember when Vice President Pence spoke at the 2017 March for Life, just days after President Trump’s inauguration?

During his March for Life speech, the Vice President shared:

“We will not rest until we restore a culture of life in America for ourselves and our posterity.”

Since then, many positive steps have been taken to protect life – including the proposed “Protect Life” Rule, which would block the nation’s largest abortion provider, Planned Parenthood, from $60 million in taxpayer funds.

In May, the Trump Administration issued the proposed rule, which would restrict Title X federal funding from going to any entity that performs, supports, or refers for abortion.

I recently had the opportunity to talk with NPR about the historic nature of the Protect Life Rule, and the timeline for its completion:

“Changes to Title X would be as game-changing as securing a like-minded Supreme Court nominee, said Tom McClusky, president of March for Life Action, who has worked for two decades to tighten restrictions on abortion.

‘As we become more of a pro-life nation, this could be very well a turning point to help educate people on the difference between health care and abortion, and exactly what Roe v. Wade does as opposed to what people think Roe v. Wade does,’ he said.

After the public comment period ends July 31, the Department of Health and Human Services must go through thousands of submitted comments. This will take time, McClusky said.”

This is a long-awaited action – since the Reagan Administration – and an important step in holding the nation’s largest abortion provider, Planned Parenthood, accountable.

We will keep you updated as the Protect Life Rule goes through the final stages.

Thank you for your support of the pro-life cause!

What I’m Seeing on Texas’ Border With Mexico