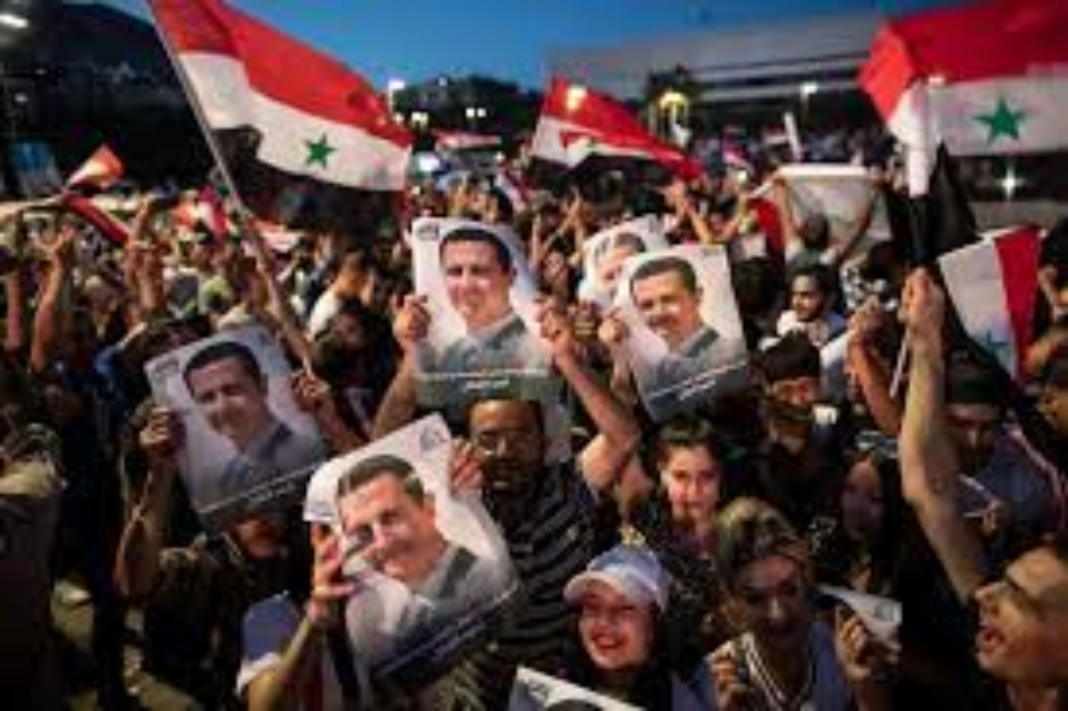 No little surprises are expected from the upcoming Syrian Presidential election taking place tomorrow as the incumbent President, Bashar al Assad, is expected to return to office. With a sham democratic show portraying him as the patriotic popular leader who has achieved a sweeping victory, the regime will exploit the results to boost its legitimacy locally and internationally.

A grinding civil war that started ten years ago has allowed the regime to retain control, and with the support of Moscow and Tehran and its proxies, regain territories previously lost in ongoing battles.

Syria has witnessed unprecedented bloodshed to the extent that international agencies have stopped tracking the death count. The largest wave of refugees since World War II has fled towards neighboring countries and Europe. Syrian cities have been devastated and demolished. Any reconstruction plan will cost up to $300 billion according to estimates.

With a divided and fragmented opposition, the Syrian regime will concentrate on regaining its political presence at both the regional and international levels.

Returning to the Arab League, despite the political and institutional paralysis that the 76-year-old organization suffers, will be portrayed as a victory.

The regime will once again portray itself as indispensable for the Arab region.

Syria’s membership was suspended back in 2011 after the brutal retaliation of the regime against peaceful protestors who took to the streets demanding liberty, democracy and change.

When Presidential elections were held in 2014, Assad’s political future was uncertain as large Syrian territories slipped out of his control with the advancement of the Free Syrian Army and the other opposition groups in several areas. In 2021, the bulk of Syria is under Assad’s grip, his re-election and continuity in his post for seven years seem unquestionable. This will mark his fourth re-election.

Regardless of all the victorious celebrations that the regime and its allies will launch after the announcement of the unsurprising result, Assad has enormous challenges to confront.

He owes his very political existence to international and regional powers and their militant arms. Footage of the humiliating ‘reception’ from Vladimir Putin for Assad in a Russian military base in Syria is indicative of how the Russian leader views future relations.

Iran and Hezbollah are a bit more caring about their interests in Syria with neither revealing how much control over Assad they have, despite bossing him on several areas of interest. Several reports about the Iranian influence at the political, military and cultural levels have been published in recent years.

Assad also has to deal with American and Turkish military presence in the north of the country. Ankara’s political calculations regarding any possible military withdrawal is weighed beyond the interest of regaining bi-lateral relations with Damascus. The core issue for Turkey lies in the Kurdish presence on its own southern borders with the Syrian front. Unless this is resolved in one way or another according to Turkish criteria, any imminent withdrawal seems unlikely in the near future.

As the United Nations announced that the Presidential elections are not part of the peace process that it is involved in, nor does it fall under the jurisdiction of Resolution 2254, this indicates that the mere event of holding elections is not the pathway for resolving the bloody civil strife or pave the way for national reconciliation. With the prevailing international indifference for this sham election, the status-quo in Syria is likely to prevail.

Syrian expatriates have been allowed to vote in their embassies in several countries. However, several states have not allowed that to happen, a position that reflects the inauthenticity of the entire process. Countries where Syrian expatriates cannot vote at their embassy include: Canada, Germany, Qatar, Saudi Arabia, Turkey, the United States and the United Kingdom.

The Supreme Constitutional Council refused the candidacy of almost 50 people standing for office from the elections. Only three candidates were given this right, two almost unknown personalities along with Assad. Anyone who has lived outside the country for ten years was also prohibited from running.

Syria’s political theater will most probably maintain the same actors for the coming years with new chapters of misery unfolding for the Syrian people who are impoverished in an unprecedented economic crisis. Assad will win, but Syria will lose.