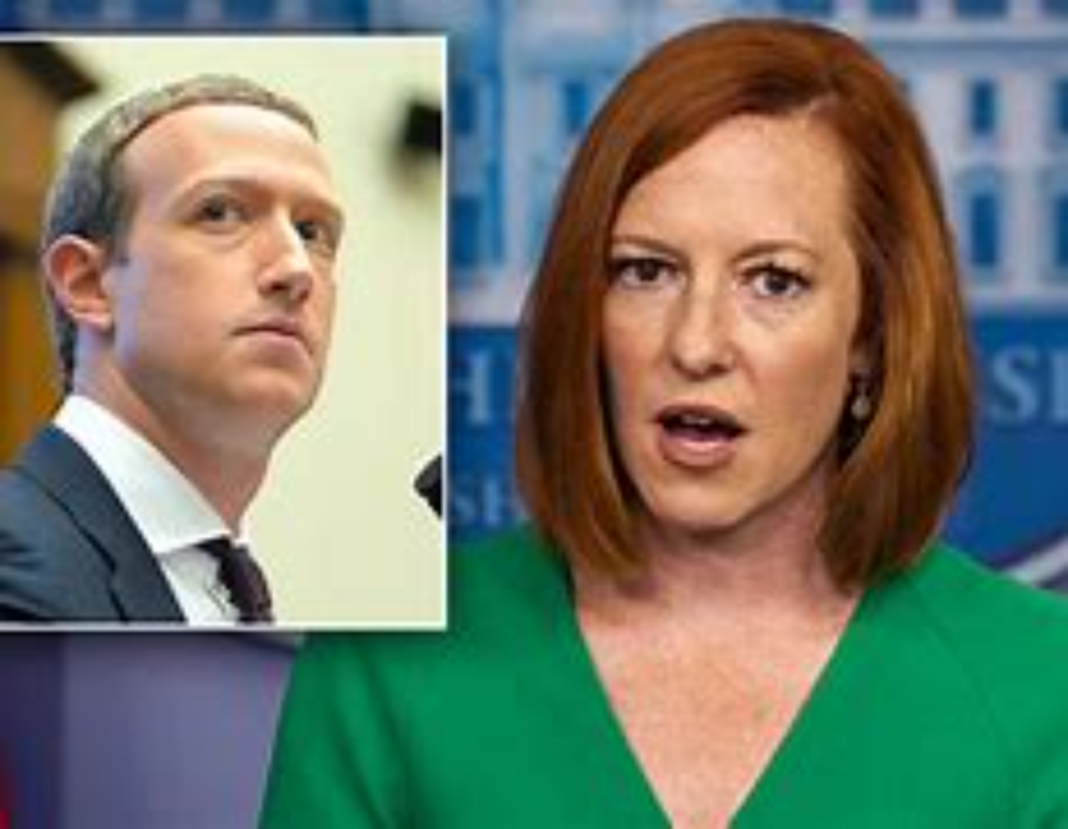 Facebook, which did not respond to requests for comment from The Daily Caller News Foundation, was one of several social media platforms that attempted to suppress discussion of the theory that COVID-19 originated in a Wuhan lab. Evidence has since been uncovered suggesting the theory holds merit.

Senior Biden administration staff and members of the COVID-19 team are targeting misinformation, specifically on coronavirus vaccines and the pandemic, by keeping “in regular touch” with social media platforms, Psaki said Thursday.

“Facebook should provide, publicly and transparently, data on the reach of COVID-19 vaccine misinformation, not just engagement, but the reach of the misinformation and the audience that it’s reaching,” Psaki said. “That will help us ensure we’re getting accurate information to people. This should be provided not just to researchers but to the public so that the public knows and understands what is accurate and inaccurate.”

The Biden administration also wants platforms like Facebook to “create a robust enforcement strategy that bridges their properties and provides transparency about the rules,” to take “faster action against harmful posts,” and to promote “quality information sources in their feed algorithm.”

“There’s about 12 people who are producing 65% of anti-vaccine misinformation on social media platforms,” Psaki said. “All of them remain active on Facebook, despite some even being banned on other platforms, including Facebook, ones that Facebook owns.”

It is not immediately clear who the 12 individuals are.

“Facebook has repeatedly shown that they have the levers to promote quality information,” Psaki added. “We have seen them effectively do this in their algorithm over low-quality information and they’ve chosen not to use it in this case and that is certainly an area that would have an impact.”

Twitter locked the New York Post out of its Twitter account in October after the publication published a report on emails allegedly showing that Hunter Biden and his father, then-President-elect Joe Biden, met with an executive from the Ukrainian gas company Burisma in 2015.

Twitter also censored the story on its platform, prevented users from tweeting or sending the link, and locked the accounts of a number of high-profile Twitter users, such as former White House press secretary Kayleigh McEnany, who attempted to post the link.

The company has previously defended its rationale for censoring information.

Biden to issue a Vaccine Mandate For Federal Workers

Rupert Murdoch Should Be ‘Taken Out and Shot’ over Fox News