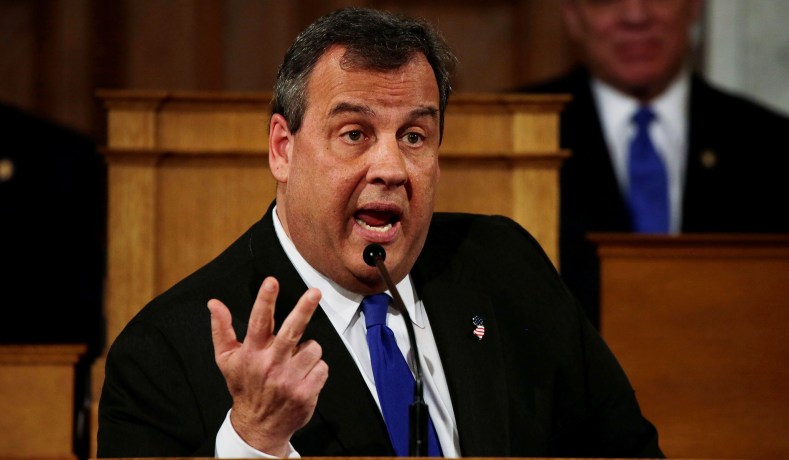 The fact that our last three presidents are named Joe Biden, Donald Trump, and Barack Obama should be a vivid reminder that unlikely figures can end up in the Oval Office.

With that said . . . is there anybody out there not named “Chris Christie” who has been yearning for a 2024 presidential campaign from the former New Jersey governor?

Axios reports, “Christie, whose 2016 bid for the nomination was short-lived, has told friends that he’d be the only person in the 2024 field with executive experience who has run a presidential race before.” Okay, but in 2016, the field had plenty of governors, and Rick Perry, Rick Santorum, and Mike Huckabee had run before. Heck, Santorum, and Huckabee had both won the Iowa caucuses before! The experience didn’t really help them in 2016, in Iowa or elsewhere.

Axios interprets the experience comment as a Christie jab at current Florida governor Ron DeSantis. And if you squint, you can kind of see DeSantis as the Chris Christie of 2021 — blunt, combative with the press, winning support in his home state for getting things done.

But the Florida governor is, in the policy fight, doing things, while Christie is commentating on ABC News on Sunday mornings. There are worse ways to stay in the public eye, but GOP primary voters in late 2023 and early 2024 might be wondering what Christie has done for them lately.

Back in 2016, I diagnosed Christie’s schtick: “the man of action in a sea of talkers, the Mr. Fix-It among the ineffectual wonks — that must be appealing to the kind of voter who likes Trump’s style but wishes it was backed up by even a shred of substance. And while it bodes ill for productive political discourse, it obviously works for Christie, because he’s kept at it. And it has the tangential benefit of masking what is at best a spotty history of conservative policymaking.” And that schtick didn’t sell all that well in 2016 — he was an asterisk in Iowa and 7.6 percent in New Hampshire, and quit the race after that.

Whenever a presidential candidate who did not succeed the first time wants to run again, I always look for some change in strategy, some sort of adjustment based upon experience. But far too many of these guys run again with the unspoken argument that “the voters, having realized the error of their ways, come to their senses and see what a terrific option I was all along.”