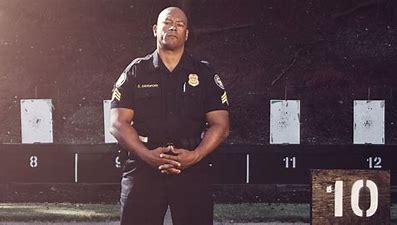 Those who follow the politics of crime all know the song and dance routine where racial justice radicals demand defunding the police, ending mass incarceration and the de-criminalization of minor offenses, all followed by rejoinders that these policies largely victimizes vulnerable minorities, On balance, it would seem, an apparent airtight case for law and order, yet the clamor for such polices from its alleged victims is faint. Can anyone recall the last time black elected officials organized a rally to show support for the police? What inner-city merchant would post a “Support the Cops” sign in his store window? Now, given the obvious benefits of tough policing, what explain this silence, if not outright opposition? There is something unspeakable here.

Begin by recognizing that ample anti-crime measures besides government-paid policing are available to poor blacks besieged by criminality. The Neighborhood Crime Watch Program sponsored by the National Sherriff’s Association (with DOJ financial support) since 1972 has helped cut crime with simple low-cost measures such signs warning criminals that they are being watched by locals. The NYC’ Crime Stoppers initiative offer anonymous tipsters up to $3500 for information leading to the arrest and indictment of violent felons. There are vigilantly options, even instances of black organized vigilantism and what about peaceful patrols like New York City’s Guardian Angels? Besieged locals might fund a private security firms staffed by ex-cops and military veterans while cooperating with a slimmed-down police department by videotaping hoodlums and ratting them out. Why not invite the NRA to help the law-abiding buy guns and teach them shooting skills? It is bizarre to insist that poor blacks are defenseless against violent crime if radicals cut police budgets.

The explanation for this odd silence, even from crime victims themselves, is that they benefit from the rampant criminality. Living in a Hobbesian, dystopic world has its advantages and may easily become a normal condition of life.

Start with the obvious—blacks are especially prone to criminality, whether murder or shoplifting. It is ubiquitous, and one can easily see it by visiting poor black neighborhood where: stores lock up small valuable items or those specifically design for the “ethnic market. Why do big box stores such as Walmart avoid black areas? Of the utmost importance, criminality extends well beyond the initial perpetrator. Shoplifters, for example, often re-sell (“fence”) their looted booty and may even steal to order (so-called boosters). It is no accident that the recent outbreak of smash and grab looting targeted high-end retailers and this booty passes through several hands, each taking a cut, before the final customer gets her Prada bag at a bargain price.

Yes, these are mainly petty crimes, often punished as if they were parking violations, but computerized record keeping often multiplies the impact of a single arrest. The miscreant arrested for public urination might also have outstanding warrants for unpaid child support, violating orders of protection, welfare fraud, child abuse, failure to appear in court for sentencing and similar “minor” offense, but the sum total of this record may result in punishment far harsher than that meted out for any single crime. Many states also have “three strike laws” where a minor offense could trigger a long jail sentences.

The arrest of a single individual, moreover, adversely impacts the lives of countless others, some of whom may be totally guiltless. Arresting a teenager for vandalism means that family members will be called to the police station, required to appear in court and confer with the public defender (or hire a lawyer), and perhaps visit junior at a distant detention facility. The ripple effect might entail taking time off from work, being embarrassed when describing junior’s mischief to friends and other family members, informing schools officials of his absence, filling out paperwork for his release (even if without jail time) and similar unpleasant, time-consuming encounters.

If criminologists calculated cost benefit ratios for enforcing the law for both individuals and the community at large, they would surely discover that the costs for apprehended individuals is, as noted above, considerable but the net communal benefit tiny. That is, arresting a single shoplifter may be burdensome for the culprit (and those associated with the miscreant) but removing a lone shoplifter where shoplifting is commonplace will hardly be noticed.

Now, it will soon be apparent to those inclined toward shoplifting (or any other crime) that the one guaranteed escape from arrest is not to arrest anyone for any crime. A form of criminal herd immunity—safety in widespread criminality and this “solution” is simple: end store surveillance, ban racial profiling, fire security guards etc. or, best of all, end shoplifting penalties.

Suppose that A robs B, then B robs C and C then robs A with the cycle regularly repeated. Ideally, A might call the cops if he sees B lurking nearby, but this potential encounter risks being arrested for past misdeeds given outstanding warrants. In other words, ratting on B means police contact and, at least potentially, he may also be arrested along with B. Moreover, B’s incarceration means little since D and E will soon fill the vacancy of B’s departure, and keeping enemies at bay is endless, and each recourse to policing risks one’s own incarceration. Such are the costs of residing among criminals. No wonder ghetto crime is never-ending—you kill B, then C, then D and this mayhem-producing calculation excludes the inevitable retaliation. A State of Nature that can end only with everybody dead.

To repeat, shunning police contact minimizes the likelihood of incarceration for oneself but it “paid for” by granting everyone else freedom to commit crimes. Consider, by contrast, cost/benefit calculations where crime is rare. Here a robbery victim can assume that calling the cops, or often having them regularly nearby, is unlikely to result in being personally arrested. The investigating officer may run a background check on you or notice nearby pile of unopened boxes of Manolo Blahniks but since there is no downside to personally interacting with cops; reporting the crime and removing the miscreate is all upside.These cost/benefit calculations equally apply to serious crimes. A woman assaulted by her boyfriend might be reluctant to summon cops if both have outstanding felony warrants or are obviously engaged in criminal enterprises such as drugs or prostitution, Better to kill the offending boyfriend oneself, even in self-defense, and given the low odds of apprehension, go into hiding versus risking calling the cops and farcing offenses unrelated to the killing. This is a world of rational wild-west justice.

One might also hypothesize that the probability of an unpleasant police encounter rises exponentially as the criminality of one’s neighbors increases. If everybody obeys the law, the odds of being stopped and arrested are about zero. Why would cops target middle-class white neighborhoods? But if, say, 10% of the local population are lawbreakers, the odds of any one resident being the object of police attention rises substantially. If half of the locals regularly violate the law and have outstanding warrants, the odds of police interaction with you personally is a near certainty.

These rational calculations explain why residents of crime plagued inner cities tell outsiders that they want increased police protection but remain paralyzed to do more than whine. Yes, they would love to banish corner drug peddlers, but once the police arrive for a stake-out, who can predict what they might find? Sharp-eyed officers will notice that the dealers congregate near certain buildings and these are soon discovered to be gambling dens frequented by family members, and then decide to raid it. The same cops may meanwhile check license plates of nearby illegally parked cars looking for stolen vehicles and otherwise “cause trouble” for the locals. And those arrested might squeal and thus implicate scores of friends. Such may be the ripple impact of a single 9-1-1 call. From the perspective of one’s own future freedom, better keep police as far away as possible regardless of the carnage.

Similarly explained is the paradox of why black economic progress fails to end calls for de-policing. It may even encourage anti-law enforcement radicalism. That is, as the law-abiding grow prosperous they flee hell holes, the density of criminality increases, and so the risk of an unwelcome police encounter correspondingly increases. Now, when the cops are called to a really bad neighborhood, catching miscreants is like shooting fish in a barrel. They are everywhere, just hanging out, so line up the usual suspects up, check ID’s, pat them down for drugs and guns, and summon the Paddy Wagon for a full load. No wonder everybody knows that “snitches get stitches”—a single snitcher can bring mass incarceration.

This logic also clarifies why the loud pushback against de-policing originates disproportionately comes from the white middle class who until recently have escaped black criminality. These fresh victims of mayhem hardly fear being interviewed by cops or being searched for illegal guns. It is hardly surprising, then, that inner-city blacks see this white-lead law-and-order clamor as colonial oppression, i.e., outsider whites imposing their system of justice whose impact will be misery, even for those total innocents. Imagine if inner-city blacks demanded greater IRS scrutiny of iffy business deductions as a way of funding the welfare state?

The only resolution would be a compact whereby blacks exclusively victimize fellow blacks and in exchange, whites accept the racial anti-cop agenda. This is a solution that restores the separate but equal principle and restores the era when law enforcement ignored black-on-black crime provided it occurred far away from whites. It reduces crimes against whites but, on the plus side, if whites seek illicit booze or gambling, they can visit the “other side of the tracks.”

Containment would be relatively easy politically and likely welcomed across racial lines. The slogan would be, “Talk justice universally, commit crime locally.” Governments might subsidize ghetto businesses to compensate them for costly criminality and thereby provide convenient targets for neighborhood bad guys. Tough cops will be assigned to where they are appreciated with unarmed social workers and anti-violence intervention specialists taking their place. “Peoples’ Tribunals” will replace downtown white-run courts.

Moreover, taking a page out of the Mafia’s policy of not harming “civilians,” put the word out that provided crime is intra-racial, it will be tolerated. Now, if a black mugs an out-of-town white tourist, the response should not be the usual flood tourist sites with more cops. Instead, round up hundreds of black illegal street vendors, drug dealers and hookers on their home turf with the implied message of “rob your own” do the time. Eventually the message will get out that those who violate the pact, like a Mafia soldier who inadvertently whacks a bystander, will be punished inhouse.

Finally, given our arguments, it’s a fool’s errand for white office-seekers to appeal to blacks victimized by crime. Yes, the recent victorious NYC mayoral candidate Eric Adams run a tough-on-crime campaign, and won lots of black votes, but this accomplishment undoubtedly reflected his being black, not his hard-nosed message. A white candidate, by contrast, will hardly succeed with a campaign that demands locking up brothers and sisters by the thousands. And this failure cannot be overcome by rationally explaining the destructive nature of black-on-black crime. Indeed, promising to flood the hood with no-nonsense cops may be terrifying. Who would vote a candidate who promises to arrest you? Nobody is that crazy.

McCarthy siding Himself to Trump to Become Speaker

Afghan Refugee’s tweet about the amount of food being given as...