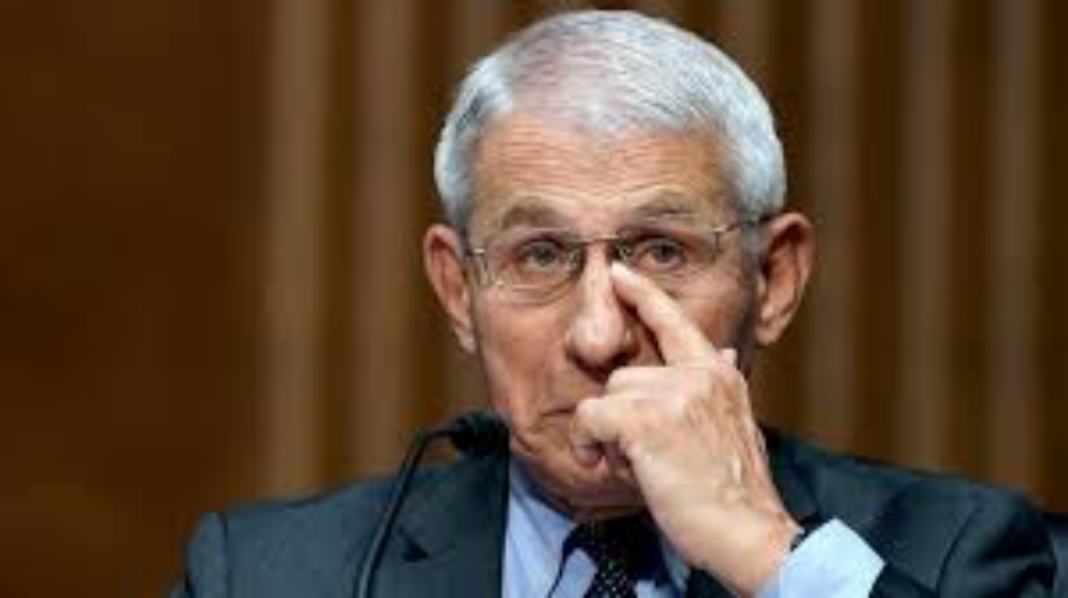 Emails, obtained through a Freedom of Information Act request, from Dr. Fraud, otherwise known as Anthony Fauci who is the director of the National Institute of Allergy and Infectious Diseases (NIAID), were recently released.

The emails purport to “expose” Dr. Fraud of indeed being a fraud, from face masks to how COVID-19 is spread. The quotation marks are for a very important reason. The emails expose nothing. Nothing has changed. Dr. Fraud has always been a fraud, not only from the start of the scamdemic but dating back to the start of his four-decade career as a bureaucratic leach. Any principled American already knew he was corrupt.

Dr. Fraud openly admitted to lying to us all regarding masks last summer. Nothing happened. He’s lied about drugs, like Hydroxychloroquine, and nothing’s happened to him. He lied about the HIV/AIDS epidemic and works with a government that consistently lies about vaccines, and nothing ever happens. From President Ronald Reagan to President Joe Biden, that’s seven administrations, Dr. Fraud has always been a manipulative snake and nothing happens.

“All the old virus hunters from the National Cancer Institute put new signs on their doors and became AIDS researchers. Reagan sent up about a billion dollars just for starters. And suddenly everybody who could claim to be any kind of medical scientist and who hadn’t had anything much to do lately was fully employed,” said Kary Mullis, the Nobel Prize-winning inventor of the PCR test that is now fraudulently being used to keep the COVID-19 scam going.

On Dr. Fraud himself, Mullis said: “Guys like Fauci get up there and start talking, and he doesn’t know anything really about anything, and I’d say that to his face. They make up the rules as they go. They change them when they want to and they smugly… like Tony Fauci does not mind going on television, in front of the people who pay his salary, and lie directly into the camera.”

As author James Howard Kunstler put it, in “a sane polity, Dr. Fauci would be cooked.” However, we live in an insane time, and Kunstler provided just a brief list of all of those elite criminals “who got off scot-free” : “Hillary Clinton, Barack Obama, James Comey (actually, the whole FBI and DOJ E-suites), John Brennan, James Clapper, Robert Mueller, Andrew Weissman, Adam Schiff, and the editors and producers of the news media, plus the execs of social media — who not only disabled the truth at every opportunity but just about destroyed the public’s grip on reality.”

Not only does justice not occur, they get rewarded for their lying like Clapper who lied under oath to Congress and is now a paid contributor in the corporate media to continue his lying.

That’s our current reality. So, the question is, how do we change that reality?

For starters, the Republican politicians need to immediately stop fundraising off of this. All these hacks are exposing is that they are frauds as well. These GOPers just want to grab headlines from the faux conservative media outlets to boost their profiles. It’s time to get serious and stop playing your childish political games. Stop making everything about you because it’s not.

At least a handful of Republican politicians are trying to do something. Marjorie Taylor Greene (GA) introduced the “Fire Fauci Act” back in April. As of right now, it only has seven co-sponsors: Thomas Massie (KY) on April 5, Andy Biggs (AZ) on April 13, Paul Gosar (AZ) on May 11, Mary Miller (IL) on May 12, Earl Carter (GA) on June 4, Bob Good (VA) on June 4 and Matt Gaetz (FL) on June 4. Even though the bill is likely to go nowhere under the Democrat majority, is it too much to ask that every single Republican co-sponsor the bill and let the American people know they want justice? Yeah, it probably is.

The corporate “conservative” media needs to get off their high horses and start understanding they’ve lost all credibility. Take Laura Ingraham for example who wants us to think she’s always been against Fauci. This, despite a disgustingly sycophantic interview with Dr. Fraud last year when she told the snake: “For the nation, and I know you hear this a lot, but thank you for what you’re doing. The time, the energy, the effort that you’re putting in, and all the members of the coronavirus taskforce, this is just… a nonstop life that you have and for the foreseeable future. So, thank you for that.”

Contrast that with Ron Paul who called out Dr. Fraud right from the start of the hoax on March 16 of last year: “The chief fearmonger of the Trump Administration is without a doubt Anthony Fauci, head of the National Institute of Allergy and Infectious Diseases at the National Institutes of Health. Fauci is all over the media, serving up outright falsehoods to stir up even more panic.”

Maybe Ingraham was just taking her cues from President Donald Trump who encouraged Dr. Fraud to run for Congress because he could easily win. And don’t forget, Trump gave all the power over to Dr. Fraud as his big government statist advisers like Steve Bannon encouraged him early on to “drop the hammer” and enforce a “full shutdown,” military-style, and just throw out gobs and gobs of money.

For all of us, we need to get back to principles. Not only is Dr. Fraud a fraud, his agency and every other “medical” and “scientific” agency are frauds by their mere existence. They have no Constitutional authority. Not only should Dr. Fraud be fired and prosecuted, every one of these unconstitutional agencies must be shut down permanently.